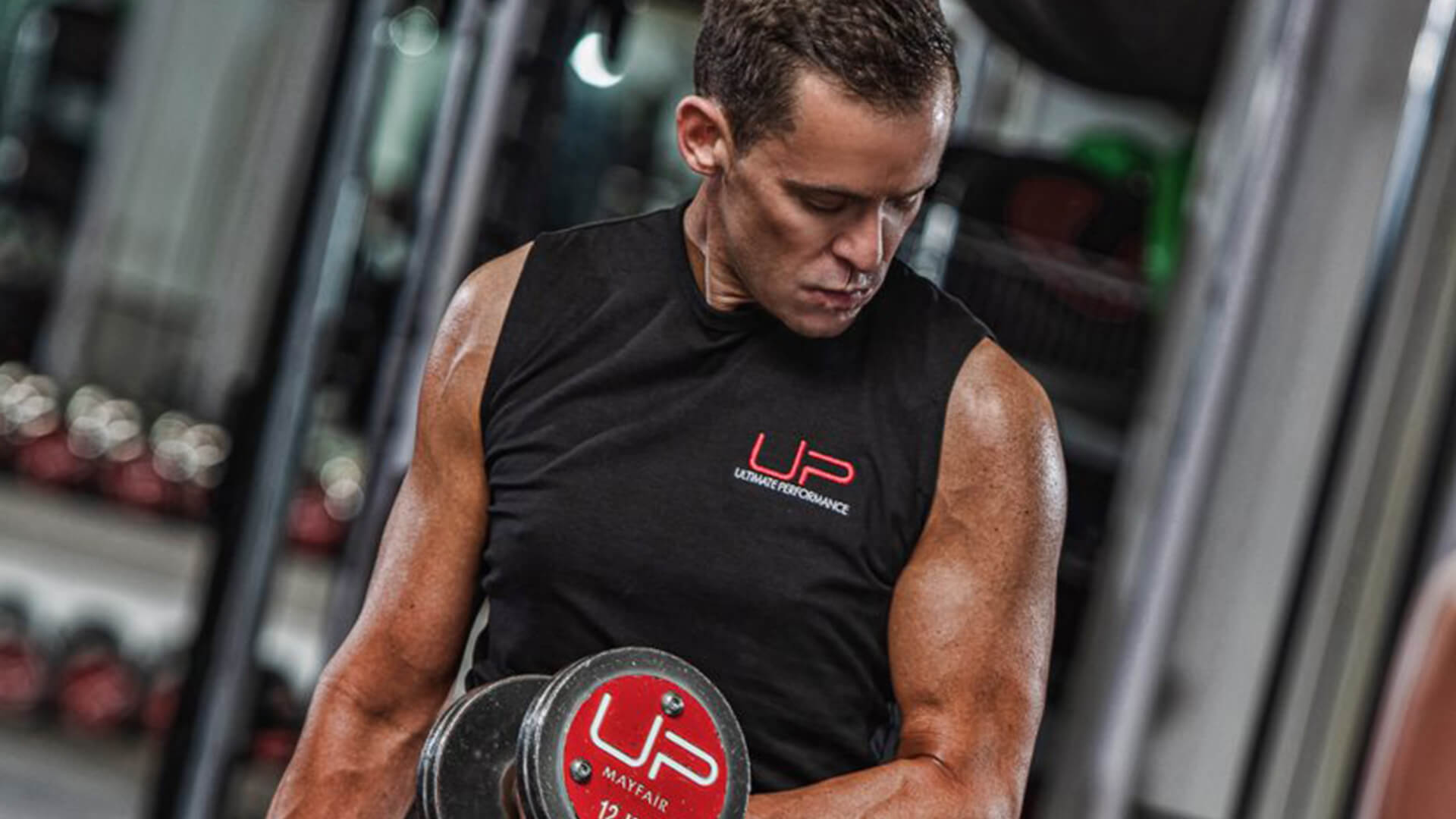 Not Even Sugar Cravings Can Stop Me: Scott Mills’ Blog Week 2

Monday came around again and I was very proud of myself that I had religiously stuck to the plan.

Over the weekend there were various offers of lunches, meals out and trips to the pub, but I managed to dodge all of them successfully. I came to realise that Netflix is my new friend.

I was eating my EatUP meals that were sent and I was doing my training at UP Fitness four times a week which is the minimum requirement.

I was also doing extra classes for cardio like bodypump, bootcamp and spinning.

Sean, my trainer, warned me that if I did too much extra exercise I would burn out. The sessions at UP are pretty intense and they get results.

Week 2, I did start to feel a little bit tired and was wondering whether this is sustainable because there was a long way to go yet.

It was also week 2 when I totally realised what lay ahead of me – I had 11 more weeks to go!

I also remember my low point was an evening after work. I had finished my Radio One show and lots of people in the office had been doing ‘Dry January’, so a lot of people went to the pub.

I made my excuses and went home on the tube.

ARRANGE YOUR FREE UP CONSULT AND START YOUR TRANSFORMATION TODAY

Because I have to reach 10,000 steps every day, I’ve also banned myself from using Uber unless completely necessary.

I have never walked so much in my life and at one point in week 2, when my steps were at about 9000, I found myself walking up and down the stairs of my house like a crazy person, just to make it to the magic 10,000! If you don’t achieve that, it’s a black mark.

I also found myself really craving sugar this week. I don’t really eat chocolate, but I found myself going into shops and staring lovingly at bars of Dairy Milk.

Fruit is also off the menu right now as that also contains sugar which, in a transformation as quick as this, will only hamper it.

Also, this week the workouts were getting much more intense and I was really having to push myself.

So my routine is the same every day; wake up, work out, eat, sleep, repeat. It’s not the most interesting life, but I am determined to reach my goal.

Sean my trainer also makes me weigh myself every day which is an extra incentive to keep on track.

The weight was starting to go down, but as always with the early stages of these things, I couldn’t really notice any difference myself.

It was only when I posted some pictures on Instagram of a Eurovision event that I went to in Brighton this week that I got some comments from people saying that I looked like I had lost weight and had cheekbones again!

People were starting to ask what I had done differently and If I was on any kind of exercise regime which, until now, I had kept pretty quiet from everyone. That was enough to keep me going off the rails!

I can’t let my trainers down and I don’t want to let myself down. Yes, it’s a lot of pressure but I signed up for this and I just have to keep going.

The weekend of week 2 was another challenge. There was a DJ gig that I had to do for some Young Farmers.

Normally I would have at least a couple of drinks before I went on stage because when you are DJing you are really on show and everyone else is drinking.

But, I stuck to my water for my whole 90-minute set and came home feeling really smug and pleased with myself.

I also went to visit my boyfriend who is being very supportive. I took all my meals with me in a coolbox which I had purchased and all of the supplements, of which there are many!

We spent the weekend watching films in his house, leaving only to go for walks around the park and to a spin class which he had arranged on Sunday morning. Everybody is asking where the real Scott has gone!