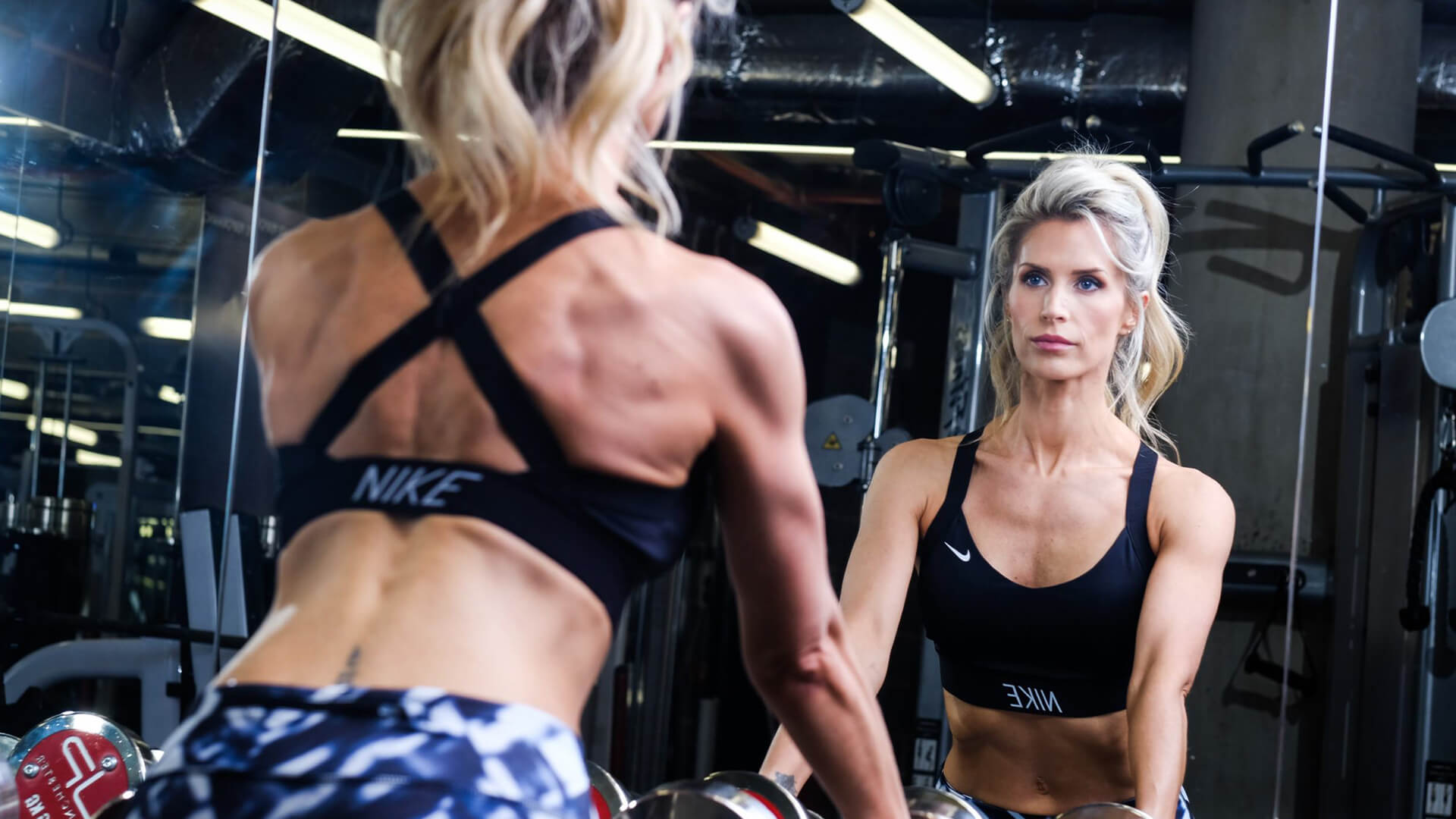 How I Stay Motivated When Things Get Tough: Sarah’s Wedding Transformation Week 6

It’s so important to listen to your body and know when to take a breather.

It’s so easy to do too much and burn yourself out – especially if you’re running around at 100mph balancing training, a career and being a parent.

Sometimes you’ve got to listen to what your body is saying and take your foot off the gas for a moment.

Doing too much has the potential to impact your progress; getting that rest and recovery is sometimes the best tonic to get back to feeling 100% again.

This is what I found in week 6 of my online transformation with Ultimate Performance.

I’m halfway through now and I have been pushing myself hard in the gym to make every session count as the countdown to my wedding day really begins.

I had been doing extra cardio sessions in the gym in the run-up to the photoshoot I did for a national newspaper which went amazing.

But the day after the shoot I wasn’t feeling too well.

I had been into Ultimate Performance to do a gym session with my trainer Mark but I was feeling under the weather.

It wasn’t because I was tired – Stanley has been sleeping well, and so have I.

But I’ve just been crazy busy at work and then outside of work too; when you’re a mum you’re always running around, you literally don’t stop.

I got a couple of mouth ulcers, which I never get, and they just went progressively worse throughout the week.

My mouth was sore and I physically couldn’t eat the food I needed to for the day.

I think it was my body’s way of saying ‘just have a minute’.

Had that not have happened, I probably would have still gone 100mph, as I felt physically fine.

It meant I had a couple of days off training.

Two things helped me get back to my best…

One of the things that really helped getting me back feeling my best again was a little tweak that my trainer Mark made.

I’d messaged Mark and put a note on my tracker saying I’d not eaten my food for the day and told him why.

He messaged asking me to tell him exactly how I was feeling, what my symptoms were.

I was worried I might be deficient in some vitamin or something.

What he did over the weekend was we upped my carb intake which gave me a boost.

The couple of days of rest away from the gym and the extra carbs really helped.

It’s amazing that your trainer is able to track what you’re doing and make a little tweak like that that makes so much of a difference.

When I got back on it, I went and did some cardio to test the water and now I feel 100% again.

I was worried it was going to knock me off my training, but I still managed to get all of my sessions in by the end of the week.

I even got up early on Mother’s Day and went to the gym for an hour!

How I stay motivated on my transformation…

One thing people have been asking a lot is how I stay motivated to train consistently and stick to the diet to get the results I have so far.

I’m at the stage now where this new lifestyle has become a habit.

I eat well, I train hard and I feel good. There’s nothing more motivating than that.

If I don’t go and train, I actually feel bad on myself.

Even on days where I’m a little tired or not feeling it, I kick myself and just think ‘I just need to go to the gym and get the session in’.

Then once you’re in the gym and training, it’s so quick and easy to do that I think ‘just get it done.’

Then when I’m in there I think if I’m not going to push myself as much as I can, then what’s the point of being in there?

I want to get to the end every week and think ‘I gave it my best’.

Everyone has that inner dialogue – I have that at the gym thinking to myself ‘right, just push yourself a bit harder. Give it one more set.’

I will stick Beyoncé on or Rihanna and think ‘I’ve got one hour. Just go for it!’

It’s the feeling after when you know you’ve pushed yourself that is really rewarding.

Once you do it you feel really proud of yourself.

You see people sitting around the gym on their phones, just going through the motions on the machines.

But having a programme like the online plan with UP, you can just go in, know exactly what you’re doing and just focus on executing the workout and giving it everything you’ve got.

Accountability is the key…

The one real motivator is getting to the end of the week, having your measurements done and seeing the results of all your hard work.

This week I didn’t have any measurements done or my body fat checked and I’ve really missed it.

It gives you that little nod of encouragement that shows you that you’re going in the right direction and what you’re doing is working – even on a week where you feel like you’ve not progressed.

I’m looking forward to that again this week. It really gives you that extra push of motivation.

You don’t want to have those measurements done and you’ve not dropped and progressed – or even worse, if you’ve gone backwards.

Mentally, if you think on those days when you’re craving food or you miss certain things, it makes you go ‘if I eat that, my measurements might not be as good, or I might not have progressed as best as I can.’

That’s always at the back of your mind and it really helps you stay focused and on track.

I’ve never had this level of accountability before.

I’ve done food diaries before and had measurements done. But never quite as specific as this.

I had a wobble earlier in the week where I had a couple of slices of pizza.

We’re having a brunch after the wedding and a company called Wood Fire Smoke are doing pizzas for it.

We went down for a meeting with them and while we were there, they said ‘guys, were just going to cook you a couple of pizzas’.

I hadn’t been feeling well that week, and I said ‘we have to try just a little bit’.

I had two pieces!! But I ‘fessed up and put it on my tracker and I told my trainer Mark.

He was straight onto me saying ‘you’ve only got a few weeks left now, keep going!’

That stops you from going off track. You know the moment you fill your food diary in or your exercise tracker that your online trainer is going to see it – so there’s kind of no hiding.

But I do feel really smug if I fill in my fitness tracker and I think ‘I’ve done a weight training session, and I’ve done cardio, and I’ve done 14,000 steps, and I’ve been good with my food all day. It’s like you’re waiting for that gold star at school!’

I have to say, this has been the hardest week, both mentally and physically on the transformation so far.

But I’ve trained hard and I’ve got through it and now I’m at the halfway point and it’s now the countdown to the wedding!

I’ve got six weeks left and I just want to smash it.

I’ve seen how much progress I’ve already made in six weeks and I think if I can do a least what I’ve done again, I’ll be so happy with the change.

This is the best point feeling under the weather could have happened.

Now I can get my head down and get on with the second half of my transformation.