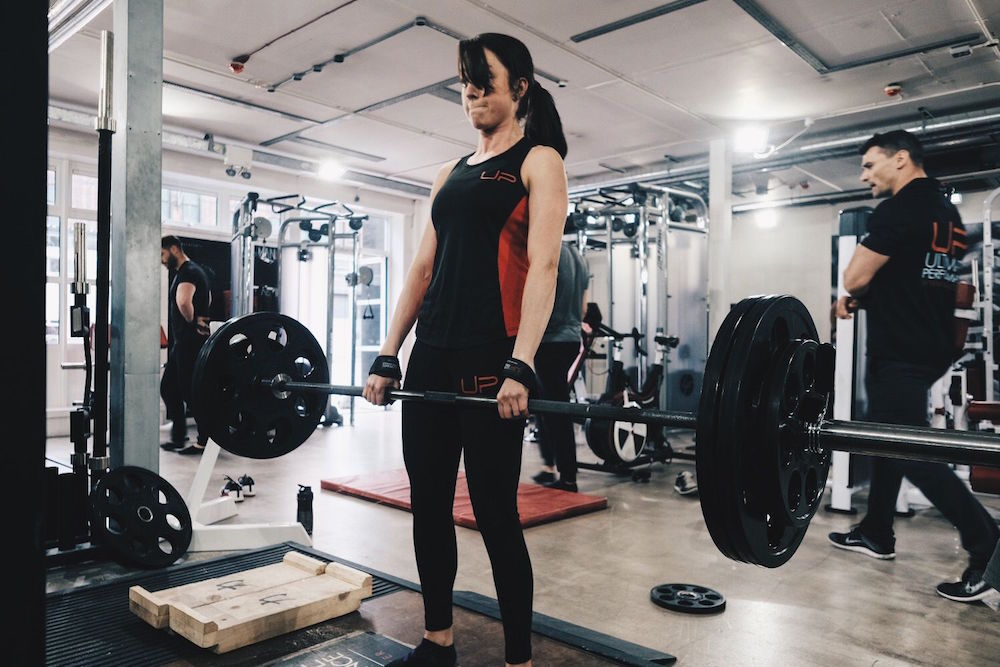 Women & the Stigma of Weight Training

There is a widely held belief that if a woman performs weight training she will quickly morph into something resembling a member of a 70’s East German weight lifting champion.

This belief, which is absolutely false holds back so many women from achieving the lean ‘hard body’ look that will draw admiration on the beach.

So many women become ‘cardio queens’ due to this fear. Performing excessive cardio in the absence of a changing weight training regime (that means you have to lift more than 4 kilo dumbbells!) will only help gravity pull everything south as your muscle mass is steadily eaten away.

“But I only want to be toned”

Muscle Tone is a medical word that relates to the continuous and passive partial contraction of the muscles. It has nothing to do with how your muscles look. Now what most women desire is increased muscular definition and shape.

In order to improve muscular definition you first need to have a sufficient amount of muscle on your body to create the curves and shape of the body. This often for women will entail building a bit of muscle to undo the natural wastage that occurs as you age. This isn’t however going to be huge slabs of muscle. Compared to a male, a women has much lower potential for building muscle due to a low level of a very potent muscle building hormone called testosterone.

Woman plus lots of testosterone- a look you are not necessarily trying to achieve!

“But marathon runners are lean”

You can’t flex fat and a body with little muscle and body fat which is typical of elite endurance athletes is a very bony one. Elite endurance athletes also have an advantage in terms of remaining lean due to the nature of the sport tends to favor performance for people with more wiry, slender frames. You don’t see many elite women with child bearing hips (when did a Brazilian woman last win a major marathon?)

Adequate muscle mass combined with a lower level of body fat is what will give a woman a lean defined physique. Great examples of this are drug free female figure competitors and also the early era of women’s bodybuilding. Champions such as Rachel McLish and Kike Eloma from the early 1980s.

Without additional testosterone…Rachel McLish in the early 1980s. 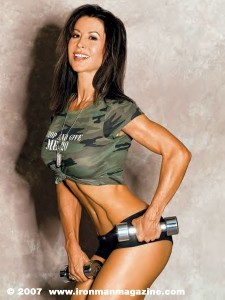 The sport of women’s bodybuilding only became more muscle bound and in my opinion ruined with the usage of male hormones by the female competitors to increase their muscularity. Without these additional hormones it is extremely difficult for a women to add lots of muscle.

Food is your friend and your worst enemy

A common mistake women make when trying to lose weight is to drastically cut back their calorie intake. Starving yourself only leads to a break down in muscle mass and a severe drop in energy levels which ultimately can lead to food cravings, binges and a hell of a lot of moodiness!

Now in order to lower body fat women must follow a routine of eating that emphasizes getting sufficient protein intake combined with enough healthy fats to support hormone production. Breakfast cereal just doesn’t cut it as an adequate breakfast unless you have shares in Kellogg’s. Without sufficient protein intake from food the body will constantly be eating away at itself in order to meet its requirement.

Carbohydrate intake should primarily consist of fibrous vegetables to ensure adequate intake of vitamins, minerals and fiber. Intake of complex carbohydrate (starches) such as potatoes, rice, quinoa etc should be eaten relative to the individual’s needs which are dependent on activity level and genetics. For example a firewomen will have a higher activity level and thus carbohydrate requirement than a receptionist.

Food also needs to be viewed from a different point of view. Yes, we all enjoy certain foods and the bio chemistry of our bodies means that when we eat our bodies release neurotransmitters in the brain that make us feel good. Its part of the bodies’ defense mechanism against starvation.

Unfortunately the chances of starvation in the western world are next to nil and we can’t just turn this signal off! This is further exacerbated by food manufactures who are constantly trying to tempt us though their advertising to indulge.

Food needs to be viewed as a tool to achieving the look that you want with your body. It takes some sacrifices to get what we want sometimes but very few good things in life come easy!

Now once you achieve that look you want food can be balanced to include more of the ‘naughty’ things in life but it’s about balancing this out! If you overindulge, you will bulge!

Putting it all together

1. Perform resistance training, emphasizing exercises that stimulate multiple muscle groups. Focus on getting stronger on these movements and don’t be afraid to lift something heavy

2. Follow a nutritional routine that is appropriate for your fat loss goal. This will give you nutrients to ensure your body is reducing your fat levels while at the same time giving you plenty of energy to exercise and feeling healthy. Never starve yourself!

3. Do the above consistently and with determination, make it your mission.