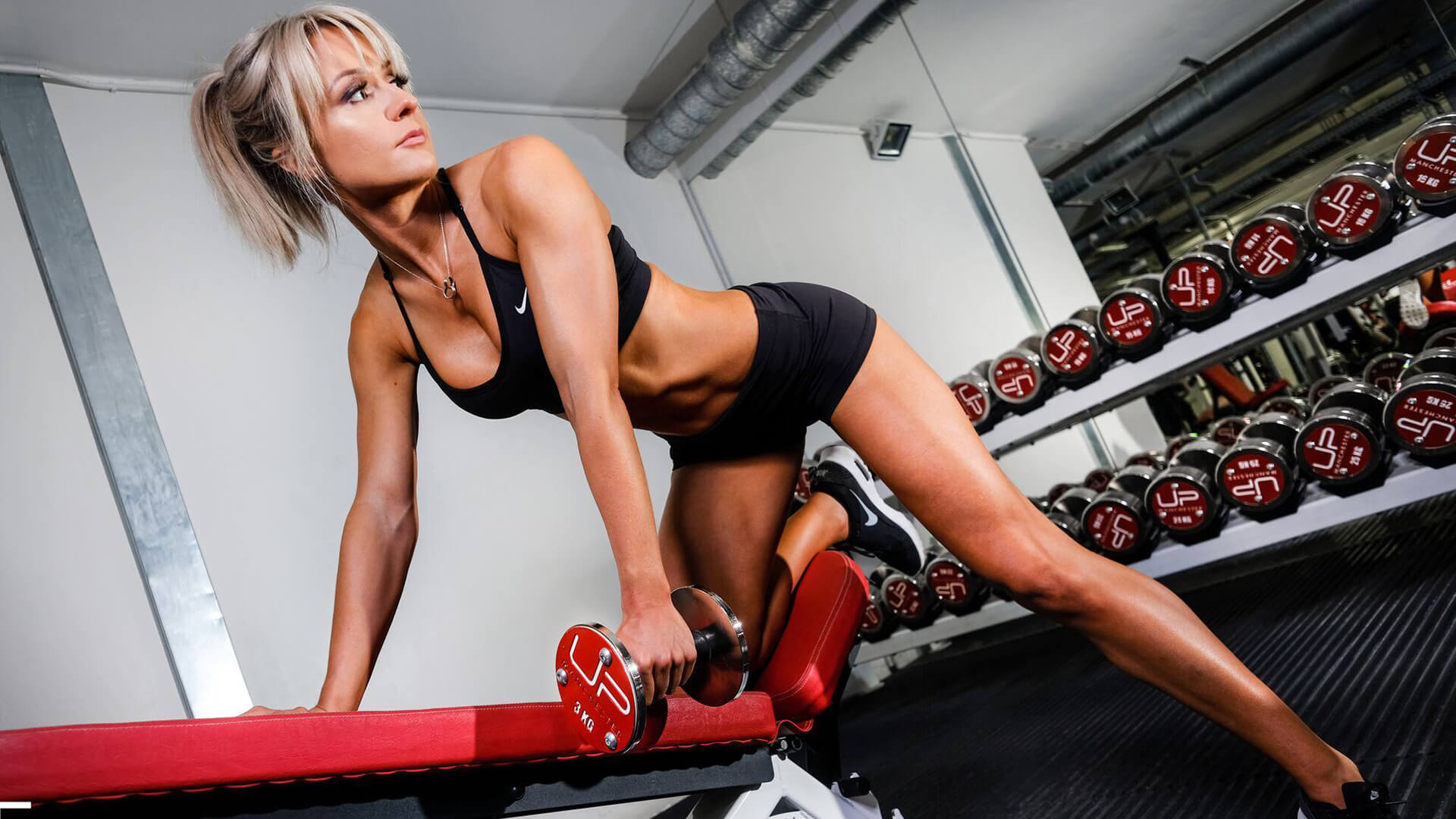 I have an admission to make – the above title is very misleading title as in truth diets don’t ever fail, it’s the people who implement them who come up short. You already know that the key to success isn’t to “diet” at all, rather its to change your bad habits into good ones, so lets take a quick look at why it’s so hard to stick to the plan. I actually think that this subject could provide enough thoughts and information to justify a book in it’s own right. However, in the interests of not depressing you, and keeping the hard news short and sweet, lets take a look at the top (or perhaps “bottom ten” is a better title, it just works on so many levels!) ten reasons why people fail.

We live in an age of instant gratification – movies on demand, shopping at the click of a button, and microwave meals zapped and on your plate in 3 minutes flat. So it would seem that the prevailing mindset is that if I want that bar of chocolate, I want it now, and why shouldn’t I have it? I can give you 100 reasons why not, starting with those love handles that sit so attractively over your belt on the back of your hips, but I am not going to be there when you’re staring at the candy counter in the petrol station. You have to want to make a difference to yourself, because in the final analysis its down to you and nobody else.

It takes discipline and strength of character to effect a fundamental change in any of our ingrained habits, but once the momentum has been created, and the sense of satisfaction and well being becomes your constant companion, you can do it.

We all need support. Remember that old saying “behind every good man is a good woman”? Well its true, although perhaps I can bring it slightly up to date by stating that “behind every successful person is a positive and reinforcing social structure”. Not as catchy as the original maybe, but far more relevant to the modern 21 st century world we all live in.

Negative people suck the life from you, they don’t want you to succeed because in doing so, in daring to be different and break free from the regular norm, you bring into stark reality the paucity and inadequacies of their own existence. These are the so called “friends” who will constantly question why you want to better yourself, why you work harder than they do, why you want to exert control over your own life be it through diet, exercise, or just general self discipline. We all know people like this, it’s the smart ones who jettison the negative and surround themselves with positive, reinforcing characters who want you to succeed and buy into your long term happiness and fulfillment.

A great approach to any client focused service, be it personal training or any other, is to always undersell and over deliver. We all recognise that to do the opposite is to create disappointment and a nagging sense of dissatisfaction. So why set yourself up for these negative, and disempowering emotions by having expectations that are entirely unrealistic.

You may want a body like Brad Pitt, or the athletic curves and moves of a Lara Croft, but lets get real for a minute. If you are 50lbs overweight and give yourself 5 weeks to ripped abs or tight buns, you are quite simply setting yourself up for failure. And with failure comes disappointment, derailment, and a gradual (or swift) regression back to your comfort zone of bad habits and easy self gratification.

This body IS achievable, but if you are 100lbs overweight it isn’t going to happen overnight!

Just as unrealistic, vague goals can scupper your motivation and progress, so too can the lack of clear and precise goals. Would you take a car journey to somewhere you have never been before without a map, hoping to get where you think you might want to go, and ever expect to get there? No, of course not. You would end up frustrated, bored, and lost, inevitably going back to your starting point because that’s the only place where you are comfortable and know your way around.

Now imagine mapping out your journey, drawing up a plan of where you want to go, and how you are going to get there step by step. You know which roads to take, and you know that when you reach each way point you are closer to your final destination. This approach is the only approach to take when embarking on any action that takes you out of your normal modes of behaviour. Be it a fitness regime, a career progression, or enforcing new nutritional habits (note, I do not say dieting!), you will only succeed in the long haul (the only haul worth succeeding in) if you have clear goals to work towards, and to benchmark your progress against.

No, I am not contradicting myself here. Just as a lack of goals will derail you, so too will being overly focused on goals to the detriment of everything around you. One of my favourite poems is “If” by Rudyard Kipling, and we would all do well to have that printed up on our bathroom mirrors so as to remind ourselves every morning and night that a setback (a missed goal on the weighing scales, a lapse in our healthy eating plan) is just a temporary fleeting thing, and that we have tomorrow to get back on track.

In short, don’t be one of those people who is so wrapped up in their goals that at the first sign of a slip up, they throw in the towel and revert back to their unfulfilled old selves. It truly is all about the journey, and not the destination.

In an age of marketing gimmicks and quick fix solutions, the fad diet is the King of the dieting world. The grapefruit diet, the cabbage diet, even the Atkins diet (that has many positive aspects which I will deal with in a later article) are to be blunt a waste of your time. Anything that is short term and unsustainable, in other words anything that doesn’t instil new and long lasting habits in your food intake , is in my opinion both a fad, and counterproductive to your long term success. If you can’t incorporate and apply what you do (in this case your diet) into the real world around you, then surely it is of no use at all.

Fad diets, as well as almost always being unhealthy and nutritionally inadequate, and unsustainable eating plans always fail, and invariably send their users back to a more negative stage than when they started!

The close cousin of fad dieting, crash dieting starkly reflects our desire for instant gratification and the all too human reluctance to be patient. However, it was the tortoise who beat the hare, and in dieting terms it is the tortoise who reaches the finishing line, whilst the hare burns himself out and retires before the race is even halfway run.

All too often I meet desperate people who genuinely believe that there bodies will always yoyo back to their starting point after a period of dieting. The main reasons why this happens so often is because instead of sensibly following a long term eating plan that can be adapted into everyday use (in other words, and I know I already sound like a broken record, it should be about instilling new habits and eating patterns), these unfortunate souls go all out to lose all their excess weight in the shortest possible period possible, plunging hell for leather into semi starvation in an attempt to appease the desire for instant gratification. The human body needs to be coaxed not shocked, and it is beyond the scope of this book to detail all the dangers of crash dieting, but I would hope that the spectre of nutritional deficiencies leading to everything from brittle bones and temporary infertility, to reduced thyroid and wasted muscle tone would be enough to put anyone off. If it isn’t and you are more concerned with the cosmetic, and more fool you if that is the case, then understand that drastically reduced calorific intake shunts the body into starvation mode, effectively slowing down metabolism to the pace of a drunken snail, and causing you to convert almost everything that you consume into energy storing fat cells in case you encounter “famine” conditions again and your body needs something to feed off. Aim for 1lb of fat loss every week, and your success will be the best kind – long and lasting and relatively straightforward to maintain.

The paucity of nutritional education in this country never ceases to amaze me. I think that we can all now accept that food isn’t just there to be stuffed in our faces – it has a crucial role to play in everything from our mental acuity, physical energy, looks and longevity. So why do so many people lack even the basic ability to distinguish between a carbohydrate and a protein?!
Read some books, or consult a professional – better yet, do both! The food that you eat dictates the body that you walk around with, its only responsible to look for a bit of basic understanding.

Hidden calories are my pet peeve. Too often do I hear the laments of frustrated dieters who claim to be doing everything that I ask of them only for me to painstakingly audit their food diaries and find problem after problem due to so called “hidden calories”.
Fruit juices (the worst and most common culprit), excessive salad dressings, ketchup (you would be amazed how much of the stuff some people use!), and full fat (or even semi skimmed) milk in tea/coffee are all to be avoided by the prudent dieter seeking healthy and sustainable fat loss.

Any fat loss programme lives and dies by the food choices that you make. However it is imperative that you don’t forget that the majority of the calories you burn each day are determined by your resting metabolic rate (RMR). The amount of calories you expend outside of your RMR via exercise and the thermogenic effect of eating is a relatively small contributor to the overall calories burned per day.

RMR is largely a function of how much muscle you have on your frame, and how hard that muscle is made to work. Therefore adding activities that promote or maintain muscle mass will make your body work harder and elevate your metabolism. And what is the single best form of exercise for achieving these goals? Yes, you guessed right – weight training! The smart dieter ALWAYS includes a minimum of thrice weekly resistance training sessions.