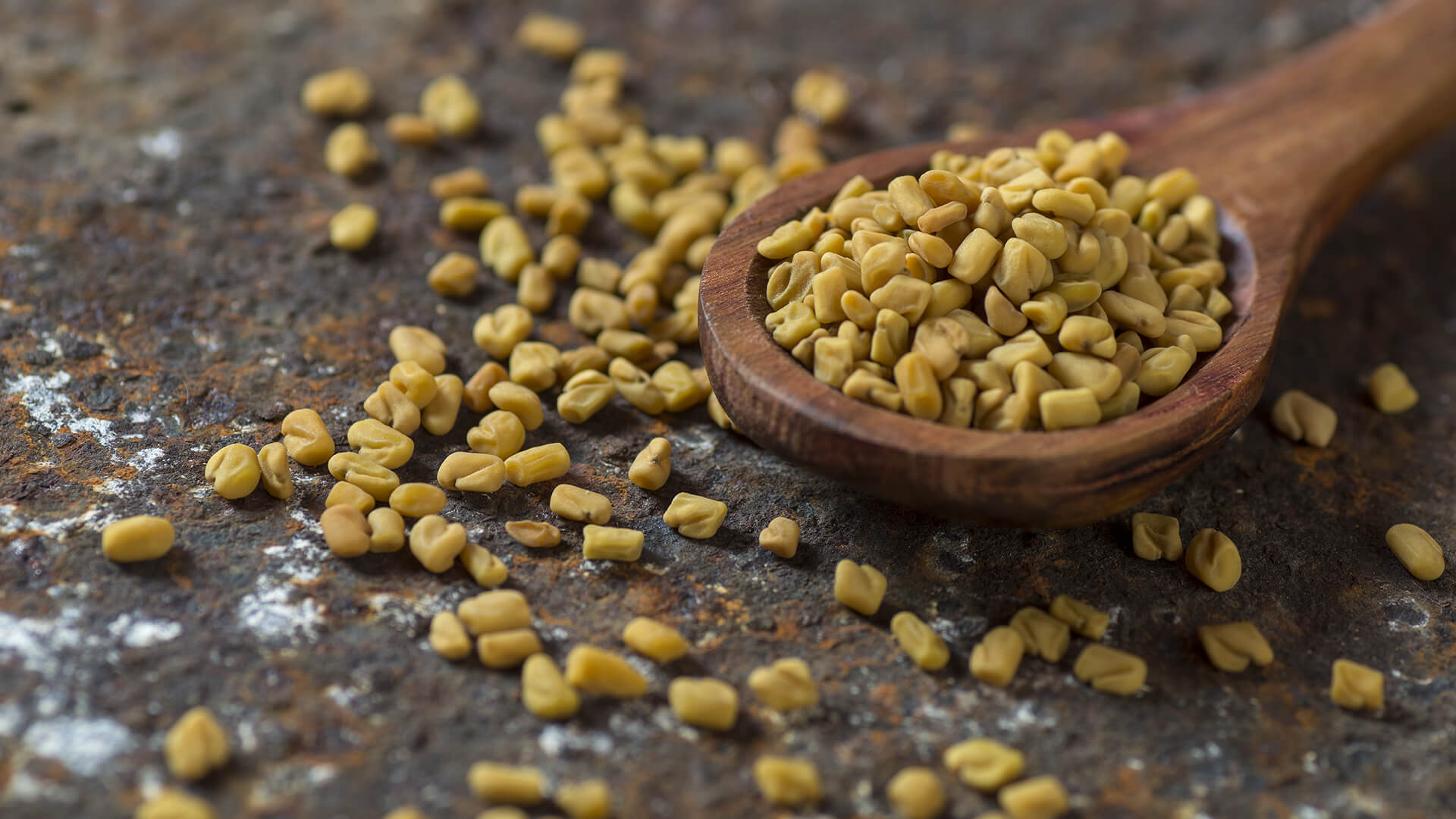 The Power of Botanicals – Fenugreek

Herbal and botanical remedies have existed since time immemorial and for good reason. Some of the most effective products for maximising health and longevity are to be found in the ancient remedies of China, India and South America, and we in the West ignore them to our own detriment. One man who has been instrumental in drawing our attention to a wide array of these products is Charles Poliquin, and it is through his careful guidance that we have implemented supplementation strategies that have yielded startling real world results for our clients.

Today we will feature one of Charles’ best products (put out under the name Fenuplex by his company Poliquin Performance) that modulates insulin production (and is used extensively in BioSignature Modulation protocols* for insulin resistance) and assists rapid body composition changes as well as producing a host of overall health benefits.

Fenugreek / Fenuplex was used extensively in this remarkable 12 week transformation!

Below you will find a reprint of some of his words:

The higher your glucose levels, the higher the risks of developing pathological complications associated with diabetes. It is well accepted now that having diabetes is known to accelerate ageing by fifteen years. Maintaining healthy blood glucose homeostasis is therefore critical for preserving the health of your clients and minimizing the risk of associated pathological disease.
Insulin resistance takes place in different tissues at different rates. For example, you can have the ovaries become insulin resistant before the muscles do. In this case, the woman would have PCOS before she would get fat.

Five hormones raise blood sugar, only one lowers sugar: insulin. That is because we are designed to eat a natural diet.
In recent years, many leading universities have researched several plant extracts have been for their antidiabetic properties in an effort to discover alternative treatment modalities that pose a lower threat for diabetics.

Even though a host of herbs are reported to possess some degree of antidiabetic activity (Marles & Fornsworth, 1996) a significant amount of research, as well as traditional usage, demonstrates that bitter gourd fruit (Momordica charantia), fenugreek seeds (Trigonella foenum graecum), and gurmar leaf (Gymnema sylvestre), are probably a best bet in terms of efficacy and safety. These two herbs, as well as several other valuable herbs such American Ginseng represent safe, useful aids to conventional therapeutic approaches to insulin management. Also, it is plausible that the insulin and glucose normalizing effects of some of these herbs may benefit the non-diabetic who wants to improve their insulin sensitivity.

The use of Fenugreek seeds (Trigonella foenum graecum) for the treatment of diabetes has long been described in the Greek and Latin pharmacopoeias. In the recent past, several studies have demonstrated hypoglycemic properties of fenugreek seeds in both animal and human studies, thus, lending support to its traditional use. (Ribes, 1986; Ajabnoor & Tilmisany, 1988; Khosla P, et al. 1995; Bordia A, et al 1997; Sharma, 1990) Sharma 1986, Madar 1988)

Research further suggests that fenugreek has a lowering effect on plasma cholesterol and triglyceride levels. Bordia A, et al 1997; Sharma, 1990, Valette, 1984) The hypoglycemic effect of fenugreek is believed to be largely due to its high content of soluble fiber, which acts to decrease the rate of gastric emptying thereby delaying the absorption of glucose from the small intestine. Another possible mechanism for the efficacy of fenugreek is its content of a specific amino acid, hydroxyisoleucine, which represents 80% of the free amino acids in fenugreek seeds, may possess insulin-stimulating properties. (Haefele C. et al. 1997) Fenugreek is also known to contain compound like trigonelline and coumarin with reported hypoglycemic properties. (Ali et al. 1995)

In France, in their compendium, you will find fenugreek being described as an anabolic agent, amongst the same pages as the androgens Nilevar and Halotestin.

Bitter Gourd (Momordica charantia) is also known as balsam pear, is a tropical vegetable widely cultivated in parts of Asia, Africa, and South America. Our expert nutritionist, Jonny Bowden, ranks it highly on any nutritional plan.

Furthermore, the plant is believed to contain several antidiabetic compounds. For instance, an insulin-like protein, known as insulin-P or polypeptide-P, has been extracted from M. charantia fruit and has demonstrated hypoglycemic effects when injected subcutaneously into Type I diabetics.

A fundamental fact of hormonal science is that if you positively modulate insulin production you will always improve body composition. Everything else in your regime and in your endocrine system can be totally out of whack, but if you get insulin management correct you will make positive steps forward. Get this right and it’s not uncommon for us to see 6 – 7 lbs of fat dropped in one week, together with a 3 – 4 lb gain in lean muscle tissue. These are phenomenal results that most trainers can only dream of.

Recommended Use for improving insulin sensitivity –

We typically prescribe Fenuplex in one of two ways:

*Please note, these articles on BioSignature Modulation are maintained for historical interest and no longer reflect our current practices. We do not endorse BioSignature as a methodology.