Back
Enquire now
Search
Home > Uncategorised > Saturated Fat – is it all that bad? 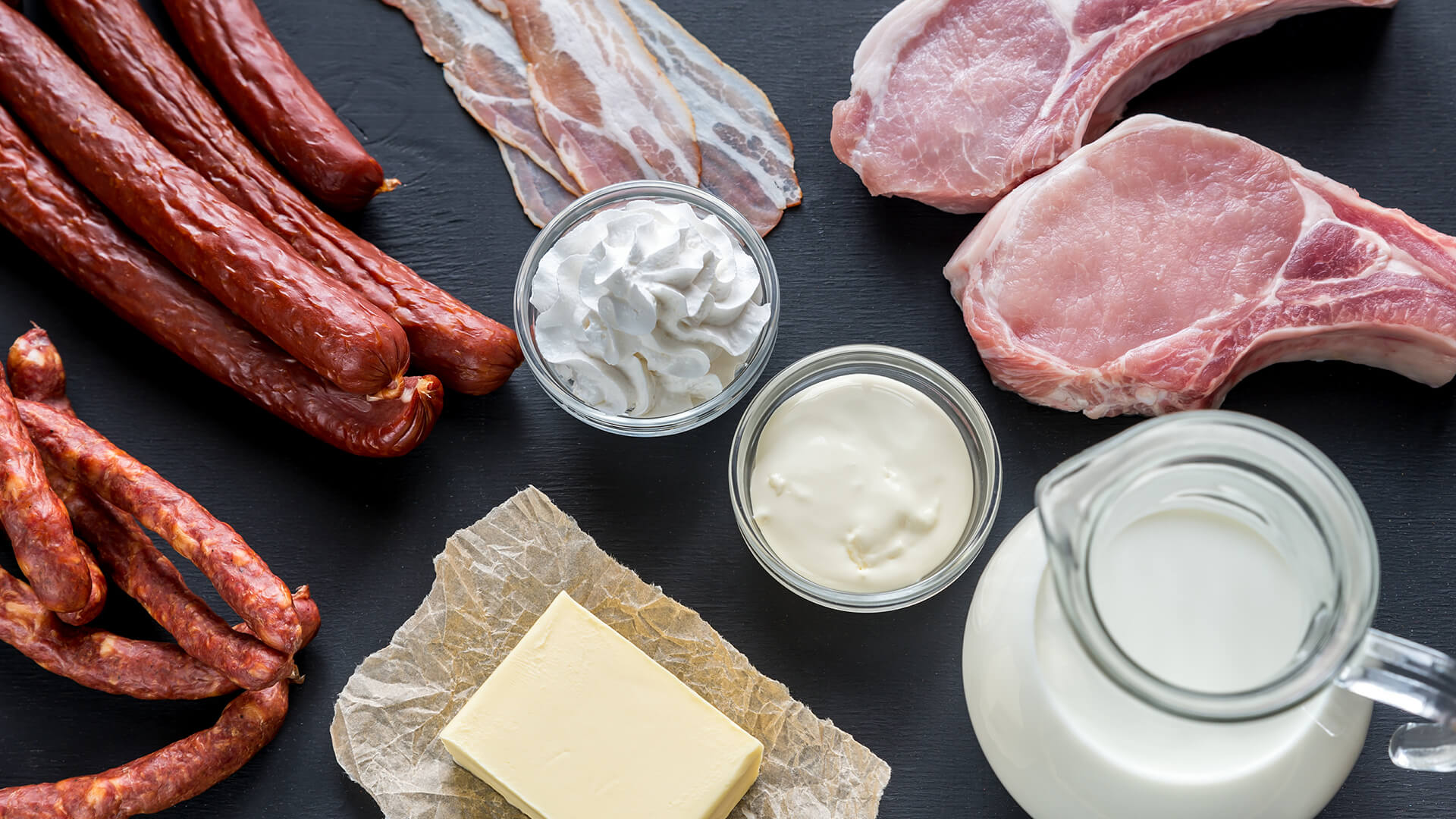 Saturated Fat – is it all that bad?

I struggle to comprehend why saturated fat can be such a sensitive topic within the fitness industry. I know many individuals following a diet rich in saturated fat who maintain lean, healthy bodies throughout the year. This is in spite of the chatter from their fat fearing friends, who believe saturated fats will only lead to heart disease and weight gain.

Where did the misconception that saturated fat is a pre-cursor for cardiovascular disease come from? Why do people believe they will gain weight if they consume fat?

First, let us quickly review what defines saturated fat. There are nine calories in every gram of fat. These particular fats are comprised of carbon atom chains, which are solid at room temperature and completely “saturated” with hydrogen atoms. They are usually found in large quantities in animal foods, butter, cheese, as well as coconut and palm oils.

Additionally, saturated fats contain beneficial acids such as lauric acid, myristic acid, palmitic acid and stearic acid. Now, this is where it starts getting interesting. Excessive consumption of lauric acid, myristic acid and palmitic acid reportedly elevates blood concentrations of total and LDL cholesterol, the so-called bad cholesterol… Or does it?

The main misconception stems from the Ancel Keys’ Seven Countries Study, completed in 1953, which looked at increasing serum cholesterol in rabbits. The study found the higher the level of serum cholesterol in rabbits the more likely the rabbits would die from heart attacks. Well done, Mr. Keys, but, bearing in mind, rabbits are herbivores and, therefore, have a very different anatomy relative to humans, what do we really have in common with the study’s subjects?

The American Heart Association (AHA), which originally disagreed with the study’s conclusions, had a sudden charge of heart in 1961. From that point, the AHA started recommending the “prudent” diet; a diet high in carbohydrates from grains and polyunsaturated seed oils yet low in total fat. Oh, and in a surprising development, Mr. Keys was added to the AHA’s board of directors.

Where is the flaw in this study? Saturated fats that increase total cholesterol must be bad, right? If rabbits with higher cholesterol levels die from heart attacks then are we humans not on the same slippery slope?

The short answer is no.

A look at human evolution highlights a few important factors we need to understand. First, our digestive system has evolved from that of our primitive ancestors, the monkey, and so has our brain. For example, gorillas are herbivores, meaning they eat an entirely vegetarian diet, and have big guts, which help them digest food via fermentation in their stomachs. This process allows the gorillas to produce fatty acids. WHAT? Gorillas and all mammals actually depend on high fat diets to remain healthy! This is madness! Sadly, this process also means gorillas need to feed almost constantly in order to allow their bodies to continue creating the fatty acids which allow them to function.

As humans evolved and started to consume more meats and fats, the gut shrank and the brain developed. We began to no longer need constant feeding and it became unnecessary to follow a herbivore diet. The transition to a diet high in saturated fat is what allowed us do develop the huge brain we enjoy today.

Large population studies show saturated fats do not actually increase the risk of heart disease. The most recent studies also show that saturated fats, within certain parameters, are considered healthy. Surprisingly, cholesterol is an important constituent of life, the brain contains large amounts of it and it is a precursor to all sex hormones. Therefore, it clearly aids in normal brain and nerve function. Another interesting study concluded that vegetarians lost 5% of their brain size over a five-year period due to a diet low in saturated fats. This highlights how important a meat and high fat diet is to the development of our brain.

Saturated fats also improve cardiovascular risk factors as they reduce levels of lipoprotein (a), or Lp(a), molecules, which transport cholesterol through the blood. High Lp(a) readings correlate strongly with heart disease risk, meaning saturated fats actually help prevent such afflictions. Additionally, they raise HDL cholesterol (good cholesterol), allowing development of stronger bones, since saturated fat is required for calcium to be effectively incorporated into our skeletal system. This is clearly extremely important for ageing populations and those most at risk from bone degeneration; women. The benefits do not end there. These fats also improve liver health, aiding in abdominal body fat reduction, as they encourage liver cells to clear their fat content and protect it from alcohol and medicinal toxins.

Certain saturated fats, particularly those found in butter, lard, coconut oil, and palm oil, function directly as signalling messengers, which influence metabolism. One such messenger performs the critical job of releasing the appropriate amount of insulin. These saturated fats also play key roles in immune health. Insufficient levels of saturated fatty acids increase the risk of falling ill by hampering the ability of white blood cells to recognize, and destroy, foreign invaders such as viruses, bacteria and fungi.

We have been led to believe saturated fats are THE all-evil, life-threatening fats. They are not. Anything, which aids in lung health, proper brain and nerve functioning, as well as, immune and bone health, is quite saintly in my opinion.

In-fact, you should be more afraid of olive oil than coconut oil. Despite Olive oils’ rich omega-3 content and standing as significantly healthier alternatives to the omega-6 rich counterparts, vegetable oils, they have been shown to be the real risk factor in lifestyle diseases. Finally, olive oils and vegetable oils also have much lower smoke levels. This means they are more likely to become rancid at high temperatures. Ingesting rancid oil will release free radicals, which bounce around the body causing havoc. These radicals disrupt cellular health and cause oxidative stress. This is why you should cook with butter, lard or, my favourite, beautiful coconut oil.