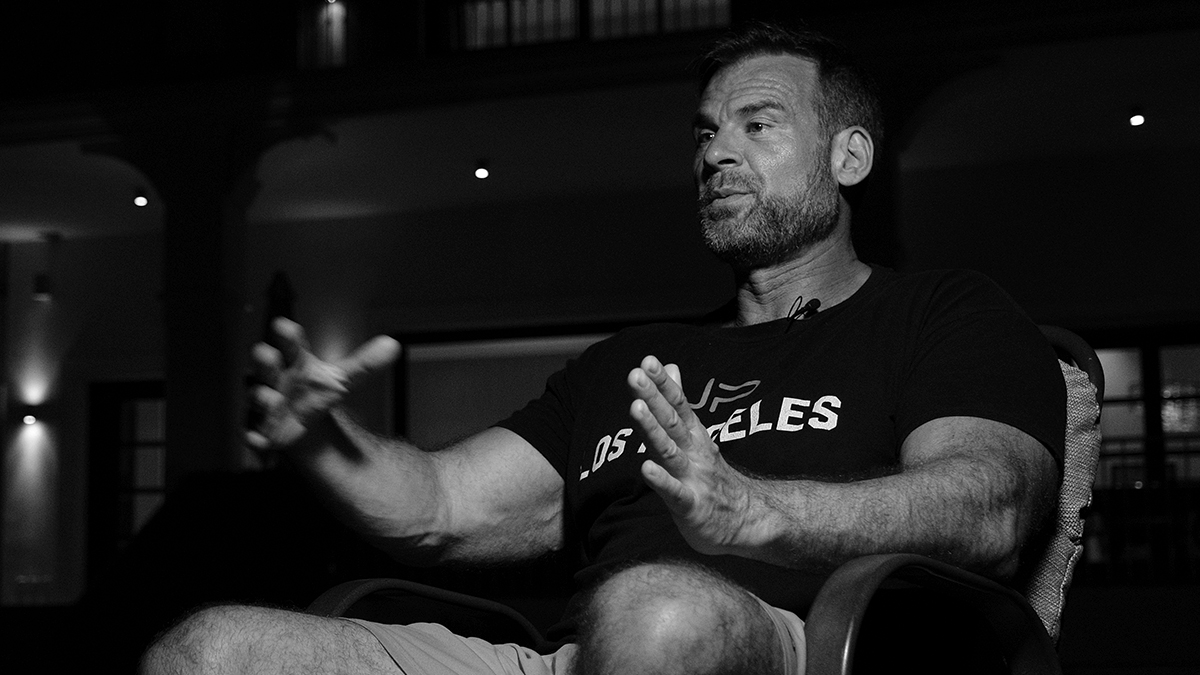 Nick Mitchell: What I’ve learned about health as I’ve got older

Experience counts for so much in life.

And there are not many people who will have the battle-tested experience of Ultimate Performance founder, Nick Mitchell…and the scars to prove it.

He’s seen it all on his journey from Yorkshire schoolboy, to barrister and City banker, and latterly as a multinational fitness business owner, via the rough-tough bodybuilding gyms of London’s East End.

So what has Nick learned about health, about life, and about masculinity over the past five decades? Here he imparts some of this wisdom in a contemplative video interview with Content Manager, Ben Kenyon.

BEN KENYON: Are there any real takeaway for men at any age? I don’t know whether your advice to a man in his 20s is going to be any different to a man in their 40s, 50s or 60s, but what are the real things that people can do in their day-to-day lives to feel better, to perform better and to really build a foundation of long-term health?

By all means, be single-minded – have a one-track mind. By all means, do that. But remember, there is a bigger world out there. So that your losses are not so painful, and your victories are not so all-consuming, and you take all of it in your stride.
I have a poem next to me that’s in the keeping of Rudyard Kipling’s ‘If’. But it’s not; it’s called ‘Desiderata’. Have you heard of that? It has every lesson, every lesson in life. I won’t read it all to you. It has every lesson in life.

“Go placidly amid the noise and the haste, and remember what peace there may be in silence.
“As far as possible, without surrender, be on good terms with all people.
“Speak your truth quietly and clearly, and listen to others, even to the dull and the ignorant; they too have their stories”.

It goes on and on, and on, and on…”Exercise caution in your business affairs, for the world is full of trickery. But let this not blind you to what virtue there is; many persons strive for high ideals, and everywhere life is full of heroism. Be yourself. Especially, do not feign affection. Neither be cynical about love; for in the face of all aridity and disenchantment, it is as perennial as the grass”.

There’s lots of that. That was in my grandma’s bathroom, but she had it up on her wall for, well, she made my mum, and my uncle read it when they were kids, and they’re in their 70s.

So that was up on her wall for like 70-plus years until she passed away last year. And her approach to life was one of the most strong-minded approaches to life that I’ve ever seen. And again, to talk about the difference in men and women, you know this was a woman who was born in the 1920s, in a very working-class place in Yorkshire, and she was the one that wore the pants. She was the boss. She was the dominant one.

NICK: So, we’re not locked into any one thing. We should never feel, you know, being a man; being an adult should mean you’re not locked into any one thing. You should keep an open mind to absolutely everything. Being a man isn’t being intransigent going, “This is what I want. This is what I think. Nothing will sway me from this.” To me, being a man is “This is what I think, but I am willing for you to change my mind. If you come to me with evidence, that basically means if I am smart, I’m going to change my mind.”

BEN: Interesting you say that and put another question. Are there things, perhaps that you believed as a younger man, you know, to do with health and fitness that now obviously you’ve seen the light or changed your mind or evidence has changed?

It’s a typical male trait. I was a typical boy of a certain type. I never bullied anyone in my life.  But when I look back now, I did; I exercised casual bullying. And what that means is, there are a couple, I probably told you this one before, there were a couple of kids in my class when I was 13-14. And I was like a beanpole, 6ft 1in at 14. And I thought it would be funny to pick these couple of small lads up by the neck and they are hanging onto that hands, I’m not strangling them. And they kind of liked the attention, and that’s what I thought. But, I look back now, and I’m like, “Ah, you know. You dickhead.” Right?

So, what have I learned? I have learned to have a degree of empathy. But again, just as with the aggression, assertiveness can all be positive. They are often considered negative. Empathy is, at the moment, culturally universally considered to be a positive quality. That’s absolute bollocks. You can over empathise yourself to death and get caught in a trap where every single person’s problems you take on for yourself. I’ve seen this.

You want to know the difference between male and female trainers? Male trainers are far, far better, as a general rule; I’m generalising, at getting clients to follow the rules, follow the plan, and stick to the rules. They’re more assertive in the gym. Typically, the best trainers on the gym floor are men. Off the gym floor, it’s very often a different story.

Off the gym floor, empathy starts to play a greater role. Organisation starts to play a greater role, and you’ll find the female trainers; this is where they start to shine. Where male trainers often fall down is a lack of empathy for clients. We’ve had male trainers who don’t want to take on female clients, for instance. We’ve had that in the past. Where female trainers fall down sometimes with empathy is they take on the burden of their clients’ problems and it becomes too much, and they become overwhelmed. So again, like everything in life, right? You got to find the equilibrium and the balance that works for you.

Here, Nick reflects on his growth into becoming a father and a business leader as he talks about teaching boys the importance of sport and exercise to help them grow up to become robust, resilient and healthy men.