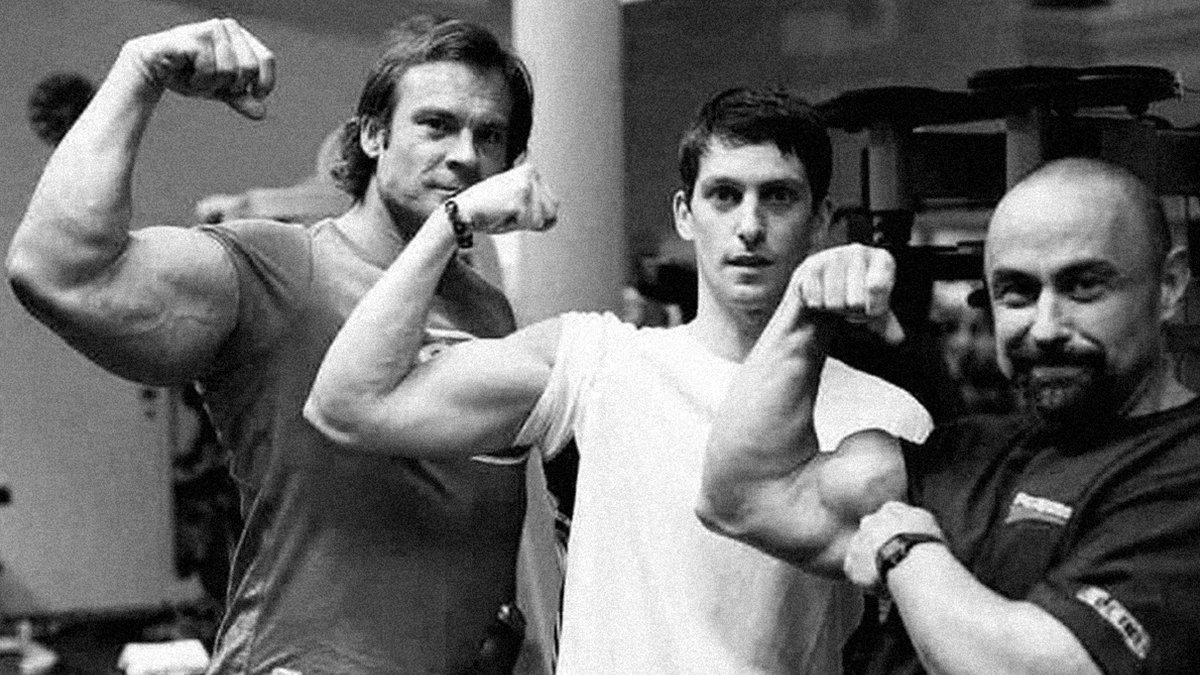 When it comes to good mental and physical health, there is a gulf between men and women.

So what accounts for the big differences in health outcomes between men and women? Why don’t men have the same self-respect and care for their health as women? And how can men support better mental well-being by taking control of their general health?

BEN KENYON: What do you think is the basis for good mental health then? I’m guessing that exercise and nutrition will also play a cornerstone role in positive mental health. Is there anything else?

Kurt Cobain blew his head off when he was in his early 20s. Kurt Cobain had massive stomach problems. I don’t know if you knew this —massive stomach problems and constant pain from his gut. There’s no question that the two are linked, that his suicide will be linked to the pain and the depression, and if the gut’s not working properly, your hormones are not going to fire it properly. If you’re not absorbing food properly, your thyroid is not going to work well. If your thyroid doesn’t work, well, you’re more likely to be depressed. So good mental health is just good health.

So, men ignore this at their peril because we like to take risks; we’re not conscious that we’re taking a risk. So many men have done this, including me, and including you. I know this. We’ve got on benders and gone out drinking, drank far too much and put ourselves in risky situations. Women don’t do that. We need to be mindful. So, we need to be mindful of our weaknesses, and we don’t want to run away from our weaknesses, but we need to do the things that balance them out.

BEN: And what role do exercise, sleep, and diet play in this overall picture of health then? And what can men do to cultivate this good health and good mental health?

NICK: Exercise, sleep and diet are the cornerstones of everything. They are the cornerstones of good physical health and good mental health. So, exercise should be a part of your life. If you don’t like exercise, you hate the idea of going to the gym, what you must do is you must find something which you enjoy that is a form of exercise. You can go walking. You can go running. You can play with the children. You can take the dog out. You can invent a game for yourself. It doesn’t matter what you do, so long as you do something.

The same goes for the way that you eat. You don’t have to eat the most regimented, calorie-controlled diet. Not at all. But you need to be mindful of what you eat. If all that you do is just grab food on the go because you’re so busy, you’re neglecting yourself.

If you cut your sleep to watch Netflix or to work, to waste time or to be productive in different ways. If you cut your sleep, ultimately, you pay a price. You know you pay a price. You can get away with it, but it’s not about getting away with it. So, what all of this boils down to if we want to encapsulate it into a simple thing, and it’s hard to do that – it’s self-respect.

How much do you respect yourself? Let’s use this as an example. Do you floss your teeth? Lots of men listening to this, won’t floss their teeth because you are like ‘I clean my teeth, that’s enough’. No, it’s not enough. Science has proven, it’s not enough, not just to look after your teeth, but for your overall health as well. But we don’t do it because we rush through it. I would bet you any money that women are far more likely to floss their teeth than men, won’t you?

You know, men are far more likely to commit a whole host of crimes. We never hear about toxic femininity. Never. Women are saints, are they? No. No. We’re all just as bad. And we’re all just as good as one another. And focusing on men, we are what we are, and we should maximise what we are. We should be mindful of what we are. We should smooth over the edges, and we shouldn’t try and fight who and what we are. That, for me, is just absolutely for the fundamental importance when talking about male health.

BEN: I really like that point about self-respect as well and being more mindful. Also, I think ultimately what everything that we do with clients at Ultimate Performance, and I think it comes down to instilling that self-respect and that appreciation of your body and your long-term health.

NICK: Men are far more likely to put everything on hold and focus on one thing. So typically, with U.P., that’s their careers. That’s their careers. Women, they have to juggle more. They’re thinking about their families. If you’ve got children, they are thinking about the children. Look at the relationship that men and women typically have with their parents. Women are often friends once they’re adults with their mothers, right? It’s less often that you find grown men being friends with their fathers. That’s not a good thing. That’s something that we, as men, should work on. But it’s a reflection of the differences between men and women and how men are just single-mindedly going after something. And that’s a really positive quality.

And if you look at the great scientific achievements of the world, be they from men or women, have been from people who have been single-mindedly focused on achieving a goal. And it’s balancing that out, and that’s what men should do. The worst clients who come to us initially, in terms of their health, are corporate lawyers, both male and female.

Chase the prize partnership. Equity partner. I’m chasing that prize, and then at some point, late 30s to early 50s, they look in the mirror and look around at their life; they’re on the second or third marriage, they don’t see the kids, they’re not particularly happy. They’ve gone to see the doctor for an annual check-up because the company forces them to, and their blood pressure is 180 over 110. I’ve seen that so many times, and without looking at my numbers, I would hazard a guess that 49 out of 50 of those have been men.

That’s the male problem, and we can wrap it up however we want; we can apply it to whatever demographic within the male community that we want. That’s the problem for men and their health. We don’t prioritise it as much, and we don’t prioritise a balanced life as much.

NICK: Men don’t become aware of their own mortality until they get older. Women, I’m hazarding a guess now; I feel that women are more aware of their mortality from a younger age. You know that may be simply hardwiring because women were having babies very young, and having babies until, I mean, until what, until the last 50-60 years. Having a baby was a very, very dangerous thing to do. So, you could argue that just that fact alone, women were far less blasé about their health than men.

Talking about toxic masculinity, setting up the man to be the enemy in many ways. There are stats on breast cancer awareness, and if you compare breast cancer awareness to prostate cancer awareness, that’s in the money that’s gone into it. There’s a huge discrepancy between the two. And society needs to even things out a little bit. As a society, we are far more blasé about male health than we are about female health. We are far more nurturing to women. Think about this, if you were walking down the street, it’s dark, and you saw a couple of guys tussling, you’d probably ignore it. If it’s a man and a woman tussling, you step in to save the woman.

So how do we foster better mental health in the first place? Click here to listen as Nick discusses the issue of men’s mental health and how men can be encouraged to reach out for help.