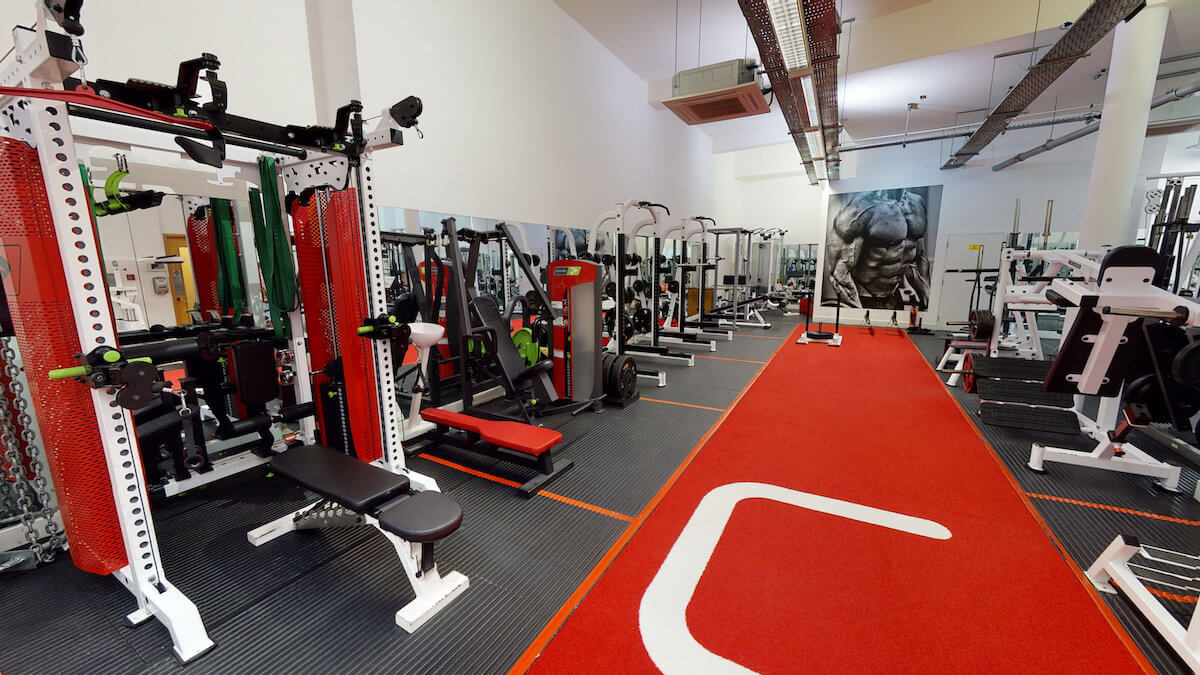 There’s something to be said for keeping things simple.

I work long hours, I’ve got a little boy, I have a house to run and a wedding to plan – the more straightforward everything is, the better.

The same goes for my diet and training on my 12-week transformation to get in shape for the big day.

My training is all planned out by my trainer Mark – all I have to do is turn up to the gym and give it 100%. I don’t have to think about a thing.

I’m keeping my diet simple too.

The second week I had my hen party and had to recover from that, but this week I have been flying.

I’m at the end of week 3 and everything has been on-point. I’ve done my meal prep, my meals haven’t been super-exciting, but I’ve made it really, really easy for myself, but I’ve still really enjoyed them.

It’s just meant that it’s taken the thinking away.

What I’ve been eating…

Everyone has been asking what I’ve been eating on my transformation so far – I’ve been keeping everything quick and easy.

Meal prep was a challenge at first, but getting to grips with it has made it a breeze and the body fat has been dropping off as a result.

My food so far has been very simple.

I’ll have an omelette in the morning with spinach, so I’m getting some greens. I’ll add things like ham, tomatoes and mushrooms or whatever I’ve got in.

I’ll have a protein shake mid-morning too with a banana. We’re on pea protein at the moment as we’ve cut out dairy for a period just to see how my body reacts to that.

I’ve not really noticed a difference yet, but when we start reintroducing dairy, that’s when I will probably notice if I’m feeling more sluggish and bloated again.

I have not actually missed dairy though – and I am a massive cheese fan. I have cheese with everything.

Lunch has typically been chicken. I’ll add a little pesto on it. I’ll add some healthy fats to that too and then my greens like broccoli, asparagus and cabbage. I never normally eat cabbage, but I’ve really enjoyed that and it’s actually really easy.

Then I will have tuna and avocado in the afternoon with a bit of chilli on there with some salt and pepper. I’ll always have that anyway as a snack and it’s actually really tasty, especially with a bit of lime squeezed over it.

Then my evening meal has been salmon, which we tend to have anyway, as Jon, my other half, has been trying to cut down on meat, so he eats fish a lot.

Salmon, with either rice and sweet potato, then a load of greens again. I made it into a stir-fry last night and it tasted great.

Having a healthy meal ready for me means I’m not going for the naughty option when I’m hungry at work.

I’ve just been using almond milk in tea or drinking black coffee too and drinking plenty of water throughout the day.

Then my little go-to when I have had a craving and I want to feel like I’ve had a little treat has been the Chocotrients from UP. I’ll put it in a little warmed up almond milk, so it’s like a little hot chocolate.

It works as well, especially If I’m craving something. It really helps kill any cravings.

It’s amazing. It’s chocolate flavoured but it’s full of greens and antioxidants and low in calories.

I’ve been eating well all week and I feel like I’ve nailed it.

One thing that has made a big difference is preparing all my food.

Just being a little more organised and having everything ready in advance saves loads of time and helps you stick to your diet plan.

Having a healthy meal ready for me means I’m not going for the naughty option when I’m hungry at work.

You’re not tempted by the fish and chips and you can easily stick to what you have made and prepared beforehand.

Once you get the hang of meal prep, the easier it gets, and you start to build up recipes and meals you like and can make that fit the diet.

It makes you feel good too – and it doesn’t take you long for your palette to adjust to no sugar and things that you get used to having all the time.

Suddenly that stuff that you thought was really bland actually becomes really tasty!

Broccoli is actually amazing – especially if you steam it and don’t turn it into mush in a pan.

It’s all about having a plate full of healthy colours rather than a plate full of beige food like bread, rice and chips which you know isn’t good for you and doesn’t make you feel good.

It’s all about building up a few recipes and getting ideas of things you like to keep the diet interesting and exciting.

I’ll do my prep on a Sunday – but it’s pretty simple – just cooking a few chicken breasts and steaming some vegetables the night before.

When you think of meal prep it sounds really time-consuming and laborious, but it’s easier than you think – and it saves you so much time cooking during the week.

I literally sat down and worked out what I was going to eat throughout the week and then just got it cooked.

We are well ahead of target. It’s amazing. It’s just so quick. You don’t think you can do so much in just three weeks.

It’s so much cheaper too.

When we have not got food in as a family, we find that we go to the supermarket almost every other day and you end up buying more things than you need and then there’s the danger that you will give in to temptation if you’re in the supermarket when you’re hungry.

You’re in there just before dinner time and you’re hungry so you just end up grabbing extra things.

We have saved a fortune this week just by having our meals planned out and shopping done.

Once you get the hang of meal prep, the easier it gets, and you start to build up recipes and meals you like and can make that fit the diet.

Getting my nutrition right is the key to fat loss…

You come in here and train hard for that one hour, but it’s the other 23 hours when you have to be on it; when you’re at work or when you’ve got the baby.

I’m at the end of week 3 now and it’s really coming together.

We did measurements again today and I’ve dropped again to 20.2% body fat. So I’m well ahead of target as I said I wanted to be at 20% by the end of the month.

It’s the first shoot like that post-baby, so it’s quite a big deal for me.

So we are well ahead of target. It’s amazing. It’s just so quick. You don’t think you can do so much in just three weeks.

Because I’ve not come in and my aim hasn’t been to lose a load of weight; it’s been more to improve my fitness, health and aesthetics, imagine what I could achieve if I was overweight in that space of time.

For me, it’s a big deal being able to get this far in such a short space of time and not even being 100%.

We have just changed up my training a little as I’ve got a photoshoot as the beginning of next month.

It’s through work – it’s an underwear shoot. Timing-wise it comes at a great time, as it’s about halfway through this.

So I think in terms of having a goal, it gives me two weeks to keep progressing.

So with training we’ve just added a bit more cardio in three times a week just to speed things up.

It gives me a good yardstick to aim for – it will be the end of week 5.

When they told me about it I first thought ‘Oh my god!’ But then I’ve been training and I’ve got my end goal – and now I’m at the 20% mark two weeks early, so it’s a good reason for me not to just go ‘I can sit back a bit now’.

It’s good to now push me through to the halfway point.

We have three strength training sessions now and three cardio sessions to get me ready.