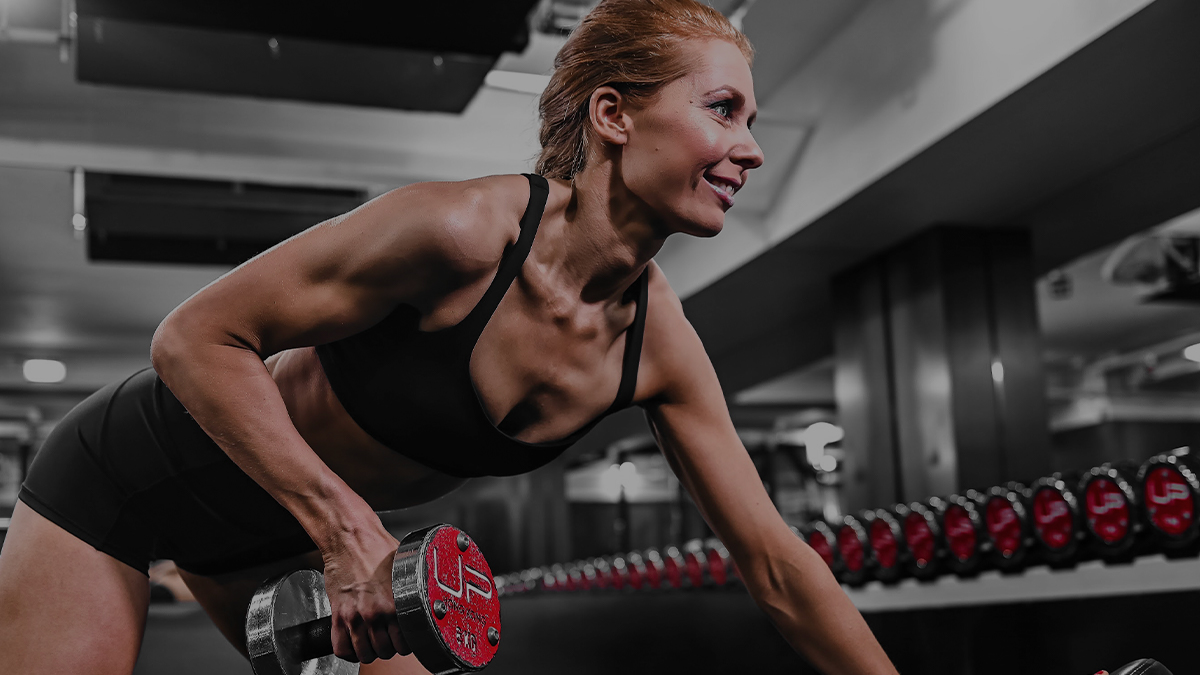 How to be a Healthy Woman: Introducing U.P.’s “Female Health” Series 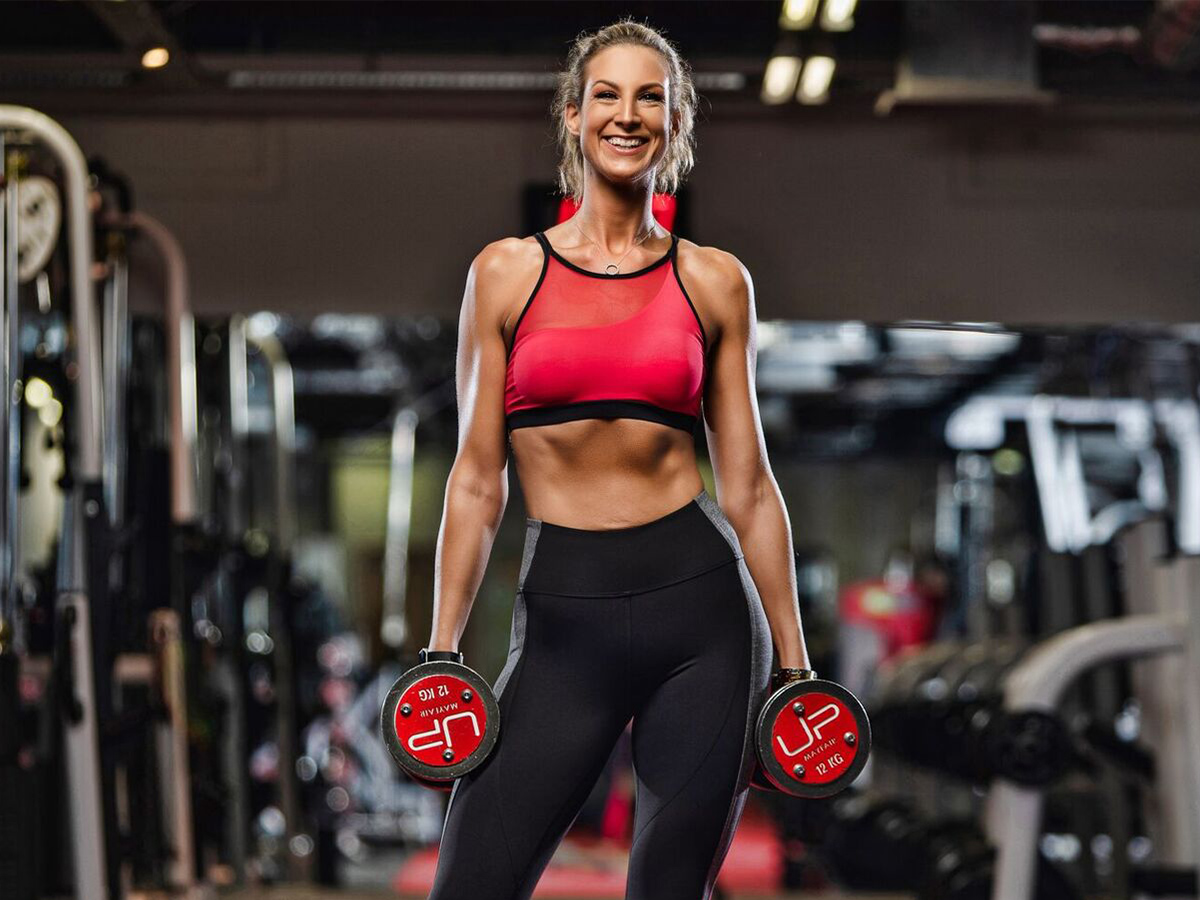 Do you know that women are as much as three times more likely than men to suffer from osteoporosis? Are you aware that underactive thyroid is more common in women than men? Did you know that a women’s insulin sensitivity differs depending on the stage of their menstrual cycle? Not just that, but the hormonal changes over a typical 28-to-32-day cycle can mean variance in muscular strength, recovery, energy levels, mood, cravings and more for many women.

While the information age brings about an abundance of fitness information, it can often feel generic and not tailored to the individual. This is especially so for women in an industry saturated with male-focused content.

This is backed up by research showing that scientific studies need to better account for gender differences, as factors like the menstrual cycle, concentrations of hormones, and the use of contraceptive drugs all play roles in individual variabilities in health and fitness.

Even though men and women are more similar than they are different, female physiology has unique characteristics that require a different focus. Surveys show that most individuals identify with these differences too.

One survey showed that as many as three in every four people identify that men and women differ in their physical abilities, with a significant contribution from their biology.

Even though we know that men aren’t from Mars and women aren’t from Venus, this doesn’t mean that we should overlook the differences, and ‘throw the baby out with the bathwater’, so to speak.

Welcome to the first in our series of articles covering all things about female health. We aim to give you the ‘need to know’ on statistics, causes, effects and solutions for many common female health concerns including the menstrual cycle, menopause, pregnancy, PCOS, endometriosis, hormones and more.

We understand the need to identify women’s specific needs in health and fitness so that you have the knowledge to navigate the highs and lows of being a woman in today’s world. 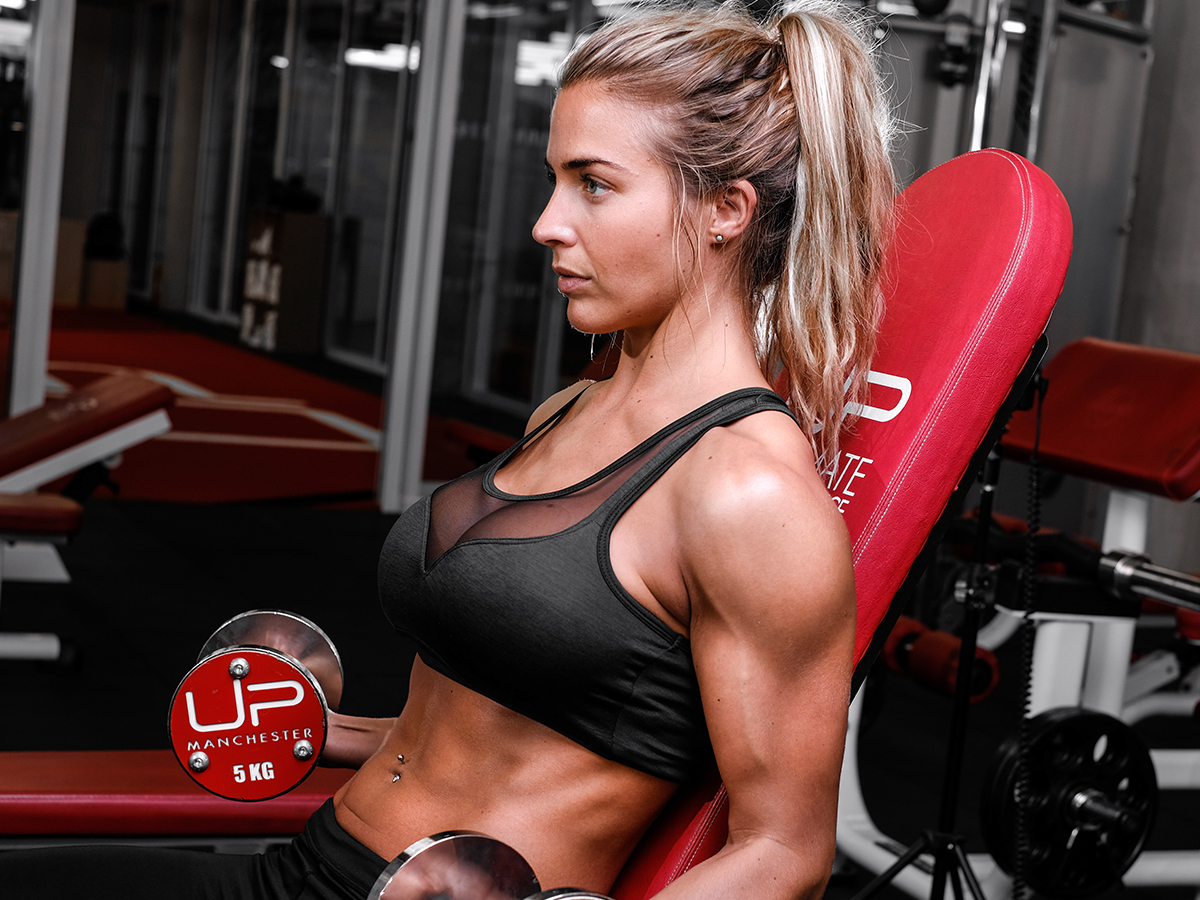 Men vs Women: What’s the difference?

From the deepness of their voice and shape of their body to their temperament and physical ability. As a general statement, men produce a higher quantity of androgenic hormones, like testosterone and DHT, and women produce more estrogens, like estradiol. These produce the characteristics we typically associate with men and women. 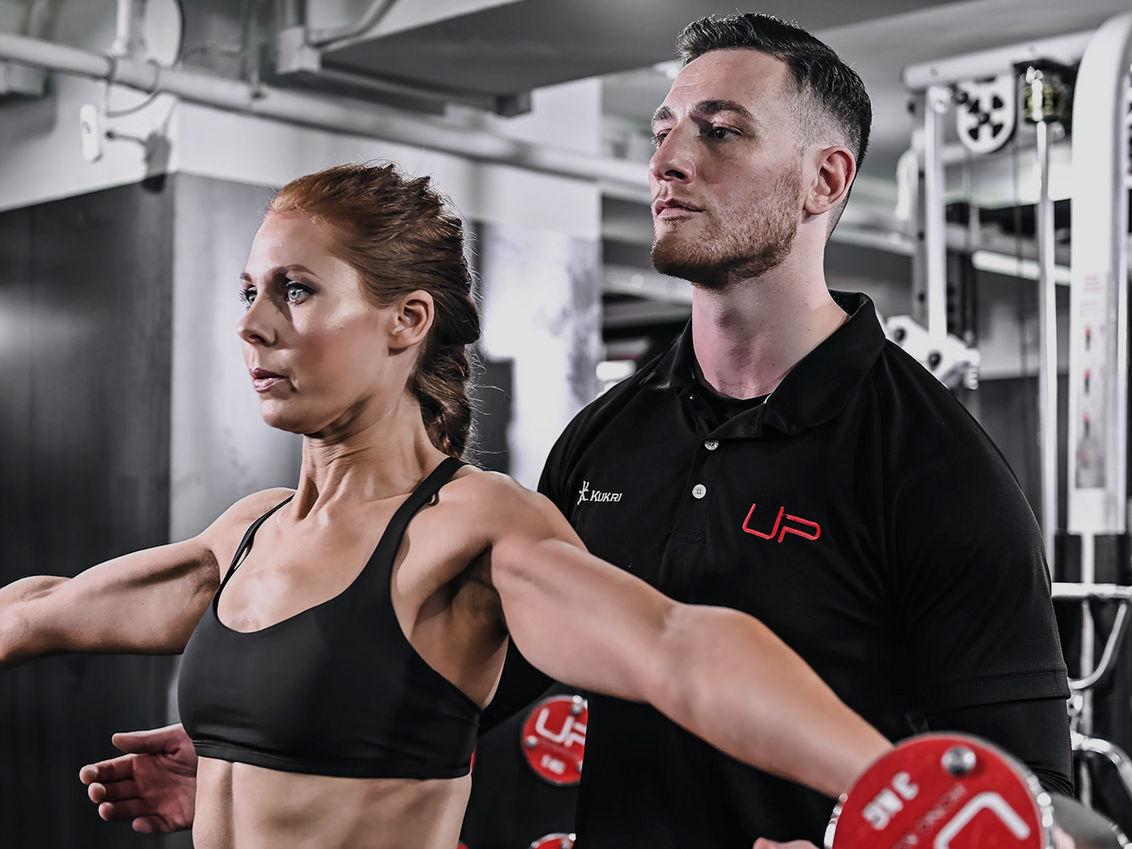 It is important to point out that while there is sexual dimorphism between men and women due to differences in genes: we cannot necessarily define men and women by their sex hormones. There will always be outliers.

Barring characteristics like genitalia, the differences between men and women exist on a sliding scale. An example of such an outlier is the case of South African runner Caster Semenya, who was forced to contest the ruling against her competing in certain events, due to her naturally elevated testosterone levels.

As a result, she was required to chemically reduce her testosterone levels to those of her other female counterparts. The widespread outrage at this ruling is an example of how little we understand and account for how men and women differ in their sex hormones and characteristics.

The difference between men and women’s sex hormones doesn’t just lie in their concentrations. Female sex hormones are far more variable at any one time than men’s.

Typically, men’s testosterone levels remain stable over time, barring changes in lifestyle, illness, etc. On the other hand, women vary in their levels of sex hormones within any given month due to their menstrual cycle.

At different times during this 28-to-32-day cycle, there are peaks and troughs in levels of hormones such as progesterone, estradiol, and testosterone. This means that women vary within a given cycle in muscular strength, recovery, energy levels, mood, cravings, and more.

Men do not undergo this cycle and can consistently predict how they will feel and perform based on a few simple metrics. For those looking to exercise and eat well, these facts present a need to tailor the plan to the individual. 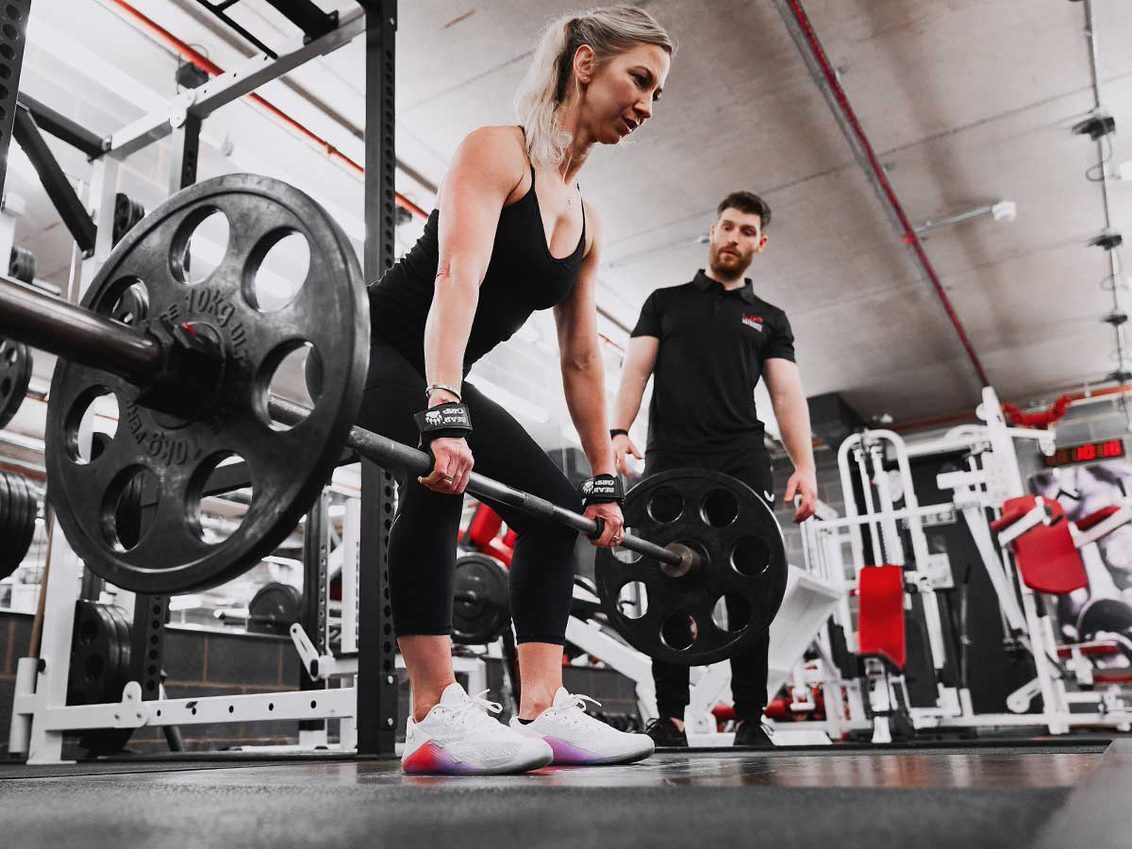 Another key stage in which women’s hormones change drastically is during menopause. The menopause occurs when a woman ceases to be fertile, and her reproductive system begins to shut down.

Menopause is marked by a decrease in estrogen production, which plays an important role in bone health, psychology, regulation of temperature, and more.

Women differ in the severity of menopause symptoms too, with some women being relatively unaffected and others struggling to manage daily life activities for years.

While menopause is inevitable, we can prioritise exercise, diet and lifestyle to reduce the severity of symptoms experienced.

Due to their reproductive make-up, women are also at risk for gender-specific issues, including polycystic ovarian syndrome (PCOS), menstrual cycle dysfunction, and hypoandrogenism.

Knowledge is power, and for women, it empowers them to strive on despite the challenges presented to them.

With this knowledge, women can feel more empowered and motivated to improve their health and quality of life. Writing off the differences between males and females does nothing but hold women back. 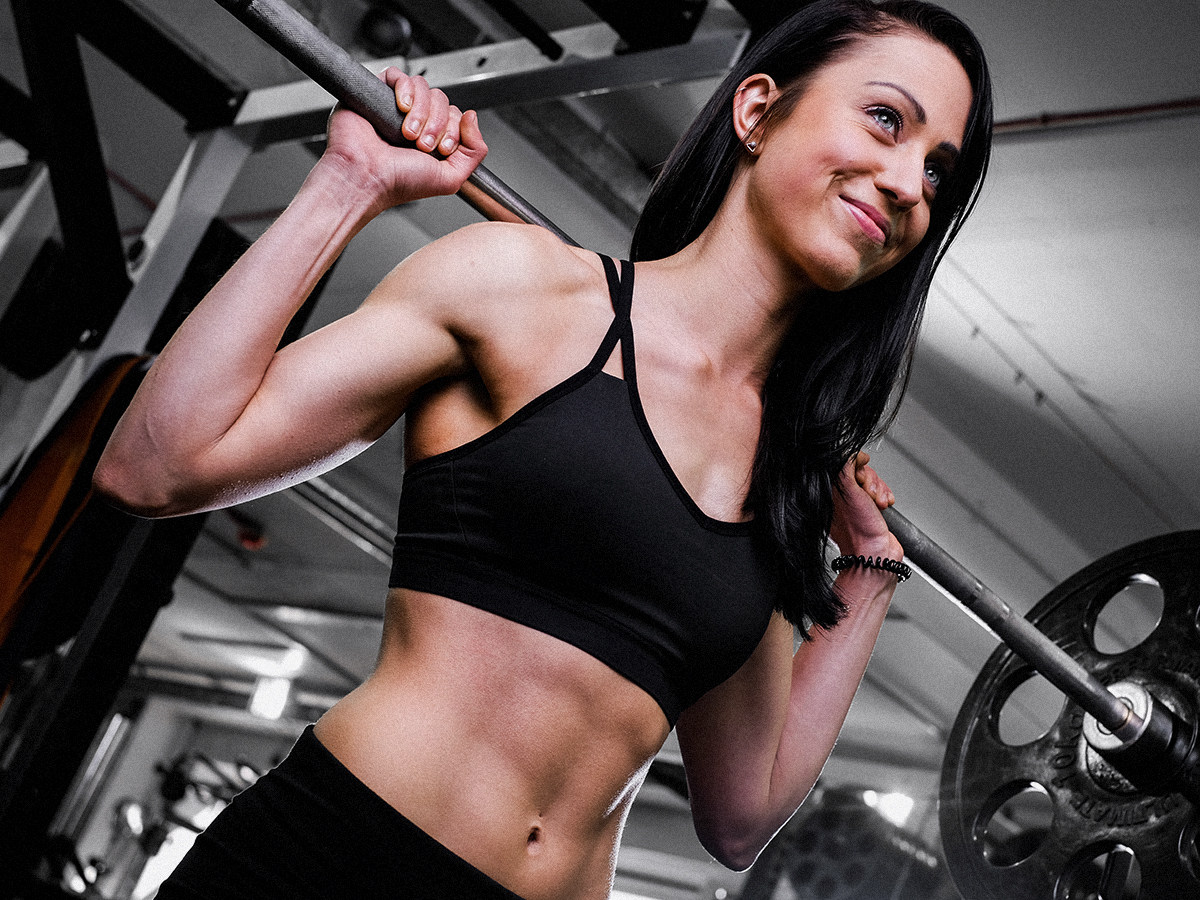 Birth control is another controversial topic for women. There are many individuals on each side of the fence regarding whether it presents harm or not. As in most cases, the subject is nuanced.

There are many cases in which birth control is used medically, such as to manage PCOS, endometriosis, amenorrhea, and more.

On the other hand, birth control in varying forms can cause negative side effects like nausea, fluctuations in mood, and migraines.

Understanding the benefits and costs of taking birth control is important to empower women to choose what is right for them and be ready for any side effects.

We never aim to place our agenda on clients, and our goal is always to give our clients what they need to make the best choice for them.

From Fables to Facts

There is no denying that women differ from men, but these differences shouldn’t define women, and help remove the expectations set by gender norms.

It is easy to look at all humans as the same, but to do so leaves a lot on the table. At U.P., we aim to leave no stone unturned in the pursuit of helping every one of our female clients achieve their goals.

Stay tuned to see more in this series on women’s health, in which we will cover many more topics in detail, including the menstrual cycle, pregnancy, women’s mental health, and more.

If you train like a man, will you look like a man? Contrary to popular belief, women do not get bulky from lifting heavy weights. Find out more here.