Back
Enquire now
Search
Home > Training Education > Fat Loss > Men vs Women: What your body fat distribution can tell us about your health 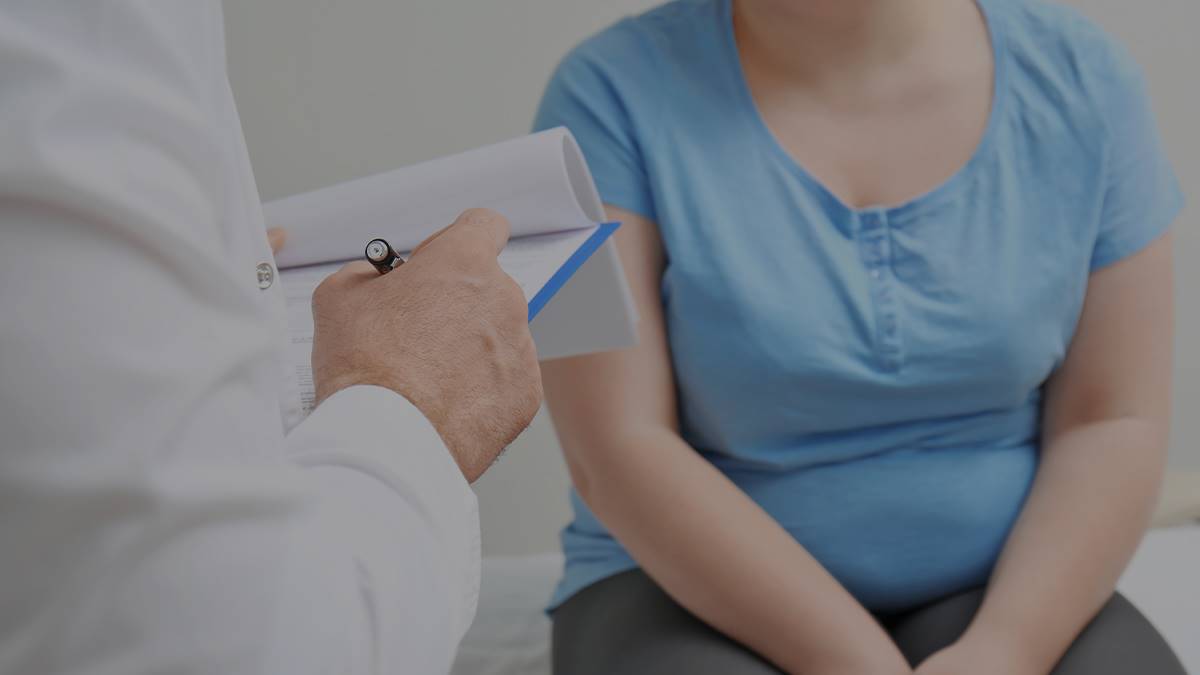 Men vs Women: What your body fat distribution can tell us about your health

Those of us in the fitness industry know that research often lags reality. We knew the benefits of weight training long before doctors would admit to it. And we’ve known for a long time that women are generally healthier than men, and also that leaner people are metabolically healthier than overly fat people in general.

Where the science is now starting to catch up is in explaining the causes of these differences and how they are caused by the way our bodies store fat.

It’s been a fact of life for many years that men don’t live as long as women. Men like to proudly claim that this is because they do all the dangerous jobs. And this probably used to have an effect back when there were more wars and coal mines. But these days the difference in life-expectancy is mostly down to the difference in body fat distribution.

Let’s explain this. There are three main deposits of fat: 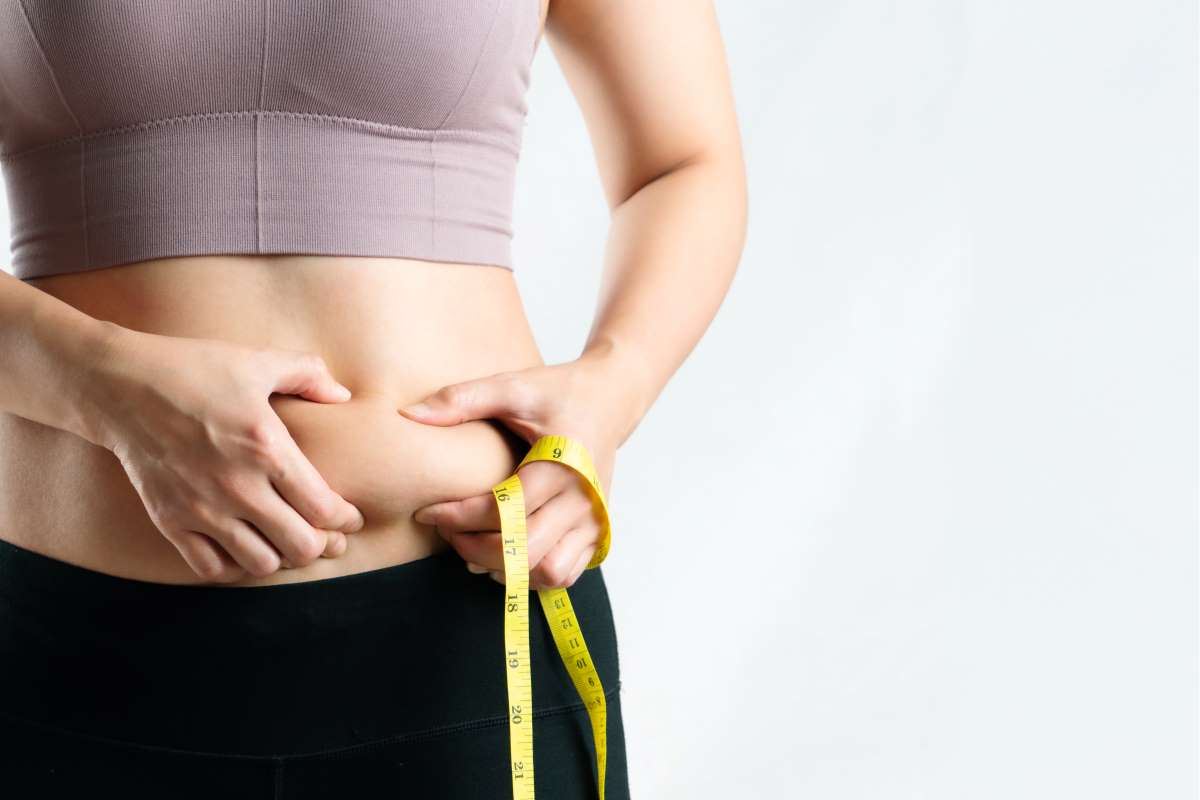 Peripheral fat is easy to see, and the growth of visceral fat can be assumed whenever our waistline gets bigger, especially if it seems to be out of proportion to our visible fat gain.

Generally all these types of fat deposit are harmless until they start producing chemicals called adipokines that directly cause inflammation and other negative metabolic effects in the body. This doesn’t happen very much at all in subcutaneous fat in the trunk, so we don’t have to worry about that too much.

Peripheral fat only comes into play when these fat stores get full. This is the first place where women have an advantage – because of the advantages from female sex hormones, women’s peripheral fat stores can keep on growing almost indefinitely, so this fat store never really gets full. Think about it, when is the last time you saw a man with fat arms or thighs? You haven’t because men’s peripheral fat ‘maxes out’ pretty easily, but it’s not uncommon to see women who carry significant fat on their arms, legs and hips.

This might seem like a bad thing for women when looking in the mirror, but behind the scenes it means that men very easily become susceptible to inflammation caused by this overflowing fat store. This inflammation directly causes all kinds of problems, the biggest of which is congestive heart failure and other cardiovascular diseases.

Combined, these are the biggest killers of men globally, far dwarfing the deaths from COVID annually. (*hint, if you can’t easily pinch your shoulder skin, or if it hurts to do so, your fat is probably ‘full’ and inflamed). 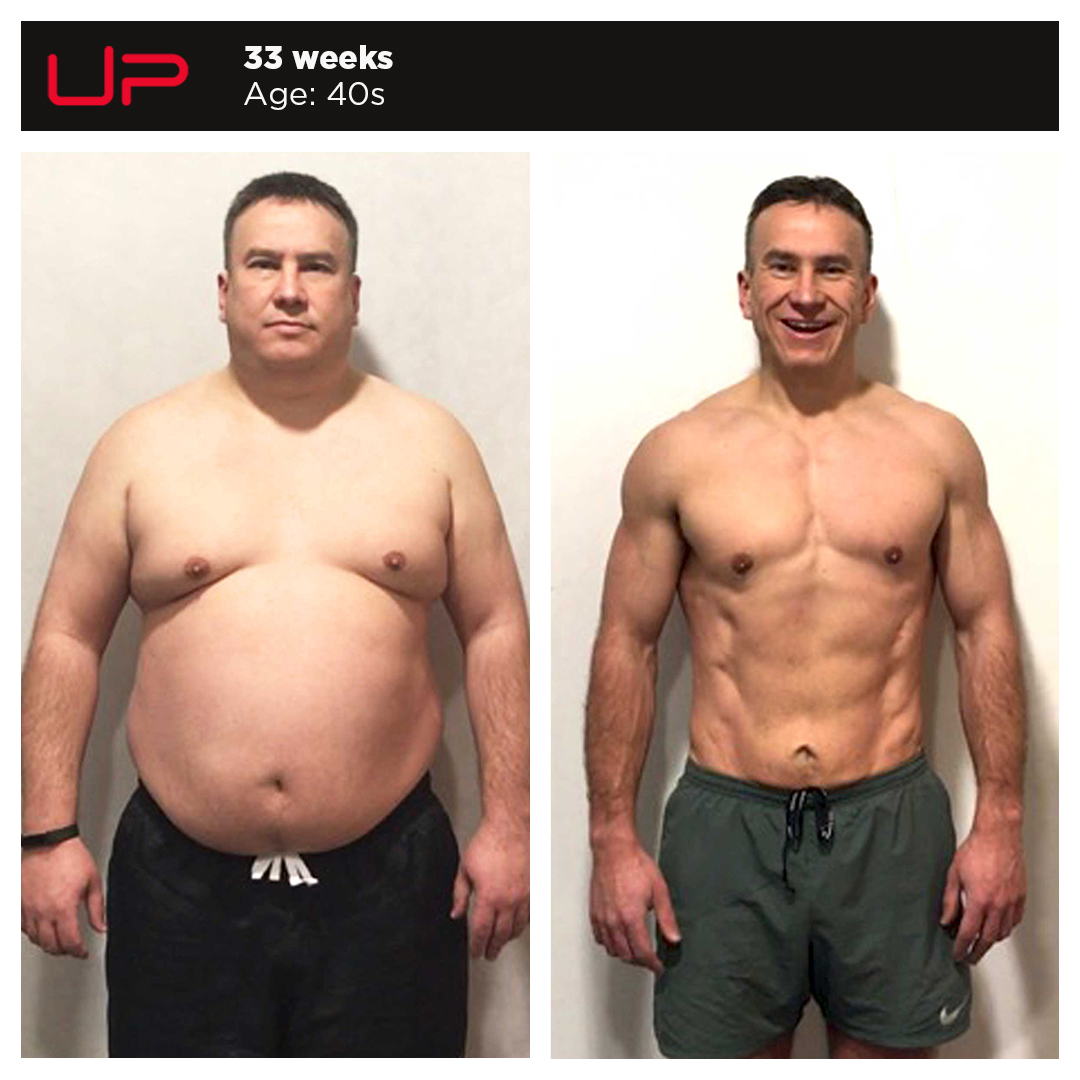 Mike went from being an overweight 40-year-old, constantly tired and stressed, to being super-fit, positive and outgoing. Read how Mike lost an astonishing 88lbs (40kg) in 33 weeks and shaved an incredible 16 inches (40cm) from his waistline with U.P.

On top of these woes caused by overflowing peripheral fat in men, visceral fat comes in to play very soon after. Men are much more prone to storing visceral fat than women simply because their bodies have nowhere else to keep the excess calories once their peripheral fat is ‘maxed out’.

Unlike peripheral fat, visceral fat doesn’t need to be overloaded before it starts pouring out negative signals including interleukin-6 (IL-6) and tumour necrosis factor alpha (TNF-alpha).

These immediately start to cause localised and systemic inflammation, including the exact same hardening of the heart and arteries caused by the overflow from peripheral fat. Other killers caused by these and other related metabolic signals from the fat stores include pre-diabetes and high blood pressure.

Before women think they get off scot-free, these protective effects have an ‘expiration date’. Once a woman hits menopause, the differences in fat distribution start to fade, and in fact cardiovascular disease is now the biggest killer globally for women too. 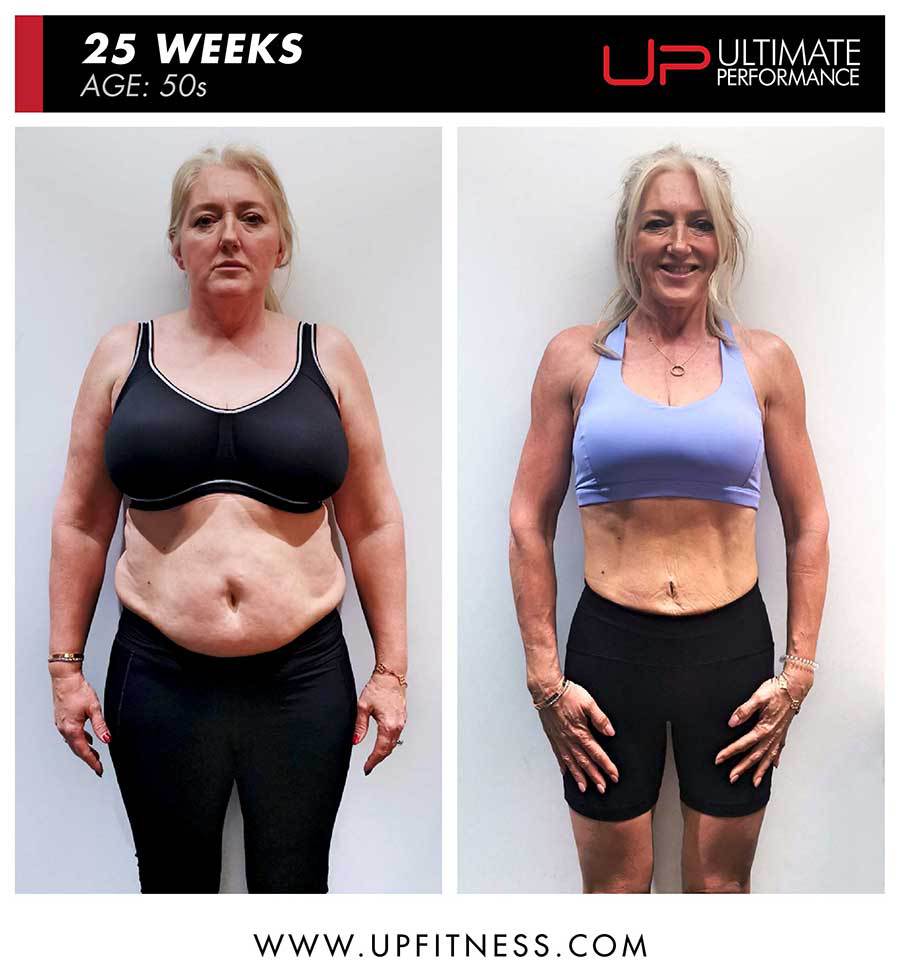 Susan spent 25 weeks at U.P. and transformed herself completely – both inside and out. She lost 46lbs (21kg), gained back her health and an incredible new figure. Read her story here.

The difference is that men get a big head start in this calorie-consumption-caused mortality. In addition, with the expanding rates of global obesity in all sexes, it’s more common to see women with big waistlines, even long before menopause as their bodies struggle to find places to store all the excess calories they consume.

Now that we understand the negative effects of excess fat and the differences in fat distribution, here’s the good news:

Losing visceral fat doesn’t mean you have to aim for a six-pack – in fact, it’s the first to go once you start a weight loss regime.

For anyone who wants to know how to reduce visceral fat, the even better news is that once you get yourself into a calorie deficit, either by increasing your exercise, or eating lower calorie, healthier food, or ideally both, your body will stop trying to jam all the spare calories into your peripheral fat, and the inflammatory messengers generated by both types of fat will dry up very quickly.

All this means that you’ll get a lot of the health benefits of losing weight at the start of your weight loss, not at the end. Of course, if you regress back into your old eating habits or quit exercising you’ll become unhealthy again, but choosing a healthy lifestyle with better quality food and as much exercise as we can make time for is a choice we can all make once we know the importance.

We can also kick-start the reduction of inflammation with some certain health supplements. Many natural plant extracts and minerals can help, including omega-3 oils (DHA and EPA), a good quality turmeric extract (curcumin), and basics like magnesium can all have a positive effect by helping you reduce your systemic inflammation while you begin your weight loss program.

Read the 10 habits to body transformation success every client follows at Ultimate Performance.