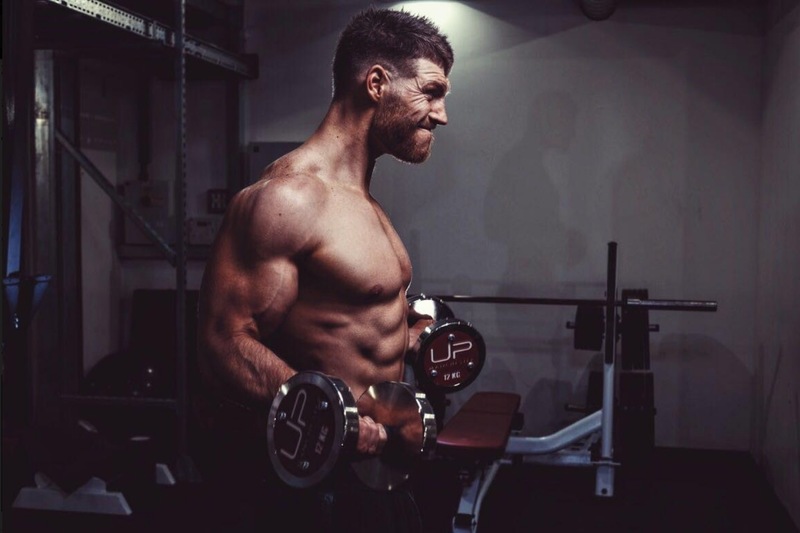 How Christmas Makes Us All Fatter

Did you know there’s an odds-on chance that right now, in the weeks following the Christmas holidays, you are at peak body weight?

You literally have never been heavier and carried such excess timber in your life.

To make matters worse for the majority of you, nothing will change for the next 11 months.

Until Christmas hits again, you overindulge, and the needle shifts a few pounds higher. This cycle continues until five or 10 years later you are 15-30 lbs heavier and you feel it in your sluggish body and aching back, your lowered sex drive and blood sugar control, and your increasing lack of pride in your physical appearance.

This is the story of weight gain for most of you who are reading this now. After the active years of your youth, which for some stretches through to their university years, and for too many others ends at 16 years old, the negative cycle of fat accumulation continues for the rest of your lives.

A staggering 67% of adults in the UK are overweight, not far behind the USA, that sits, never runs, at an appalling 71%.

Being overweight is so rarely a good thing that I feel comfortable making sweeping assertions about how bad these statistics are for a nation’s health and both physical and mental well-being.

There are so many negative associations that are directly correlated to carrying excess body fat that I would run out of time and space if I listed them all.

In case you’ve been living under a rock all of your adult life, here are just a handy selection of some of the risks that you are subjecting yourself to if you are seriously overweight:

All causes of death (mortality) – in other words, your chances of dying from anything from a wasp sting or a fall down the stairs, through to pneumonia – are increased if you are too fat.

I’ve emphasised my “if you are too fat” comment because somehow this seems to now be regarded as an offensive statement by many social justice warrior types. 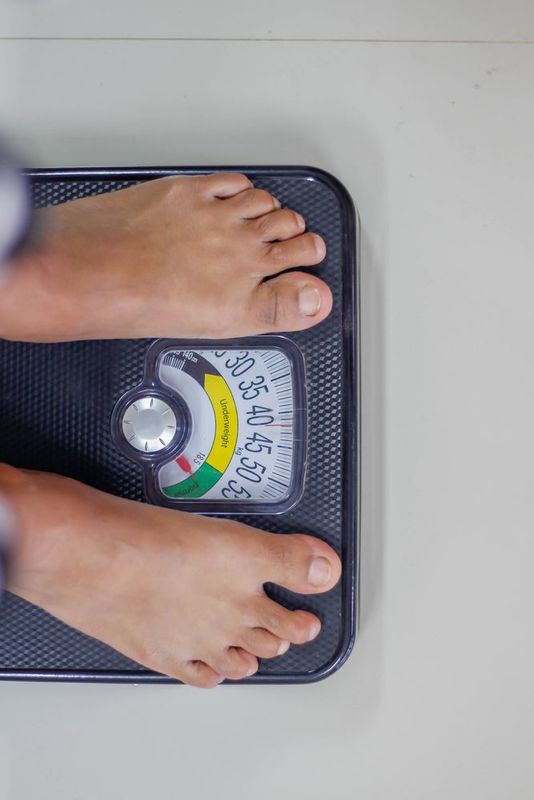 It is because of all the above issues – and because I have made my living by helping thousands of people lose weight and witnessed firsthand all the problems being too fat brings to their lives, and how profound the improvements can be in a very short space of time with some remarkably simple lifestyle changes – that I feel very strongly about this new “fat acceptance” movement and just how much garbage it really is.

Allow me to be abundantly clear. Shaming someone for being fat is wrong.

I am all for personal responsibility, and if an adult chooses to be overweight then that’s their decision, and we shouldn’t judge because arguably they are only hurting themselves.

But let’s cease this liberal apology diarrhoea that tries to make out that “fat is beautiful” and that there’s nothing wrong with being obese.

Subjectively, fat is rarely beautiful because we are hard-wired for evolution and want to pass on the best genes from the healthiest bodies.

But let’s steer away from the emotive and be objective. We no longer accept that people smoke in public and if someone falls ill from smoking we feel sorry for them, but we all give a metaphorical shrug of the shoulders because we know they’ve brought it on themselves.

No one is arguing for “cigarette smoker acceptance”.

Smokers know the risk and bring it on themselves. 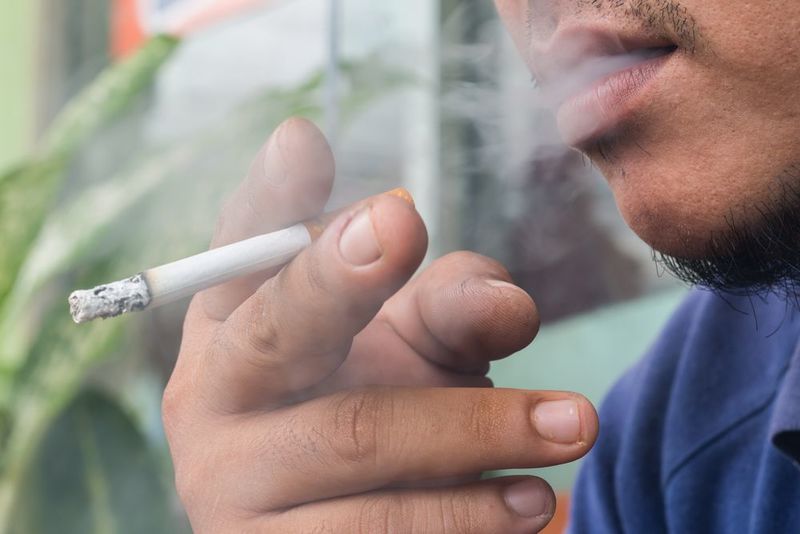 Being obese is the same thing, yet somehow criticism of being overweight is conflated with racism or sexism.

You don’t choose your race, gender or sexual orientation, but other than in the drastically rare cases where you have a metabolic disease, you do choose to be overweight.

You might not want to be overweight, but the excess food did not fall into your mouth by accident.

The real “fat acceptance” movement should be all about taking personal responsibility for your obesity.

That is the only way to take charge and do something about it. I’ve seen countless people who have come through my gyms’ doors who have finally had enough of their own excuses and decided to draw a line in the sand.

I’ve also encountered too many excuse-makers who promise the world and can never deliver (to themselves). They are not bad people, but they only have themselves to blame for being overweight, and passing over their personal responsibility does nothing but harm the very people it purports to want to help.

A word to the wise about what being overweight means. You are not “overweight” if you don’t have a six pack! This is not about instilling some unrealistic level of conditioning on the population. 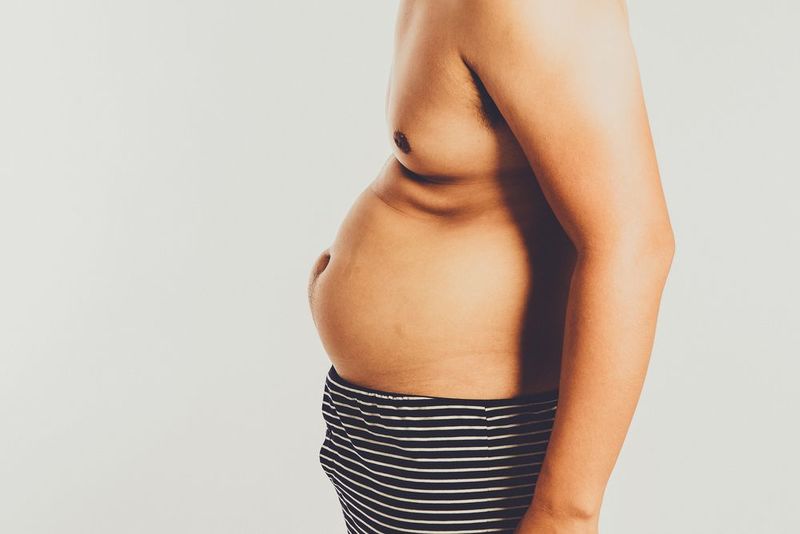 The standard UK classification is a BMI (body mass index) of 25. This is a very generalised formula that draws correlations on your body fat levels based on height–weight charts. There’s a huge margin for error – my own personal health insurance in the USA has a 15% premium on it because my BMI is “too high”.

The system isn’t complex enough to factor in muscle, but of those 67% Brits and 71% Americans who are overweight, I suspect not many of them fall into this category!

The danger after reading this article is that you’ll go away thinking here is another fitness Nazi who hates fat people.  Nothing could be further from the truth – I want to help people who are spiralling into an ever-worsening pit of ill-health and decreased quality of life.

What I do loathe is the movement that wants us to embrace and accept these self-imposed, life-threatening problems. The bottom line is that right now, post-Christmas, you are the fattest you’ve ever been in your life.

You can do what the majority do, which is nothing, and add a bit of weight on every year until it becomes a problem, or you can take personal responsibility, eat a bit less and move a bit more, and get some control back in your life.

The choice is yours, but just remember, you only get one body and one crack at life, choosing to be fat takes away from both of those gifts.