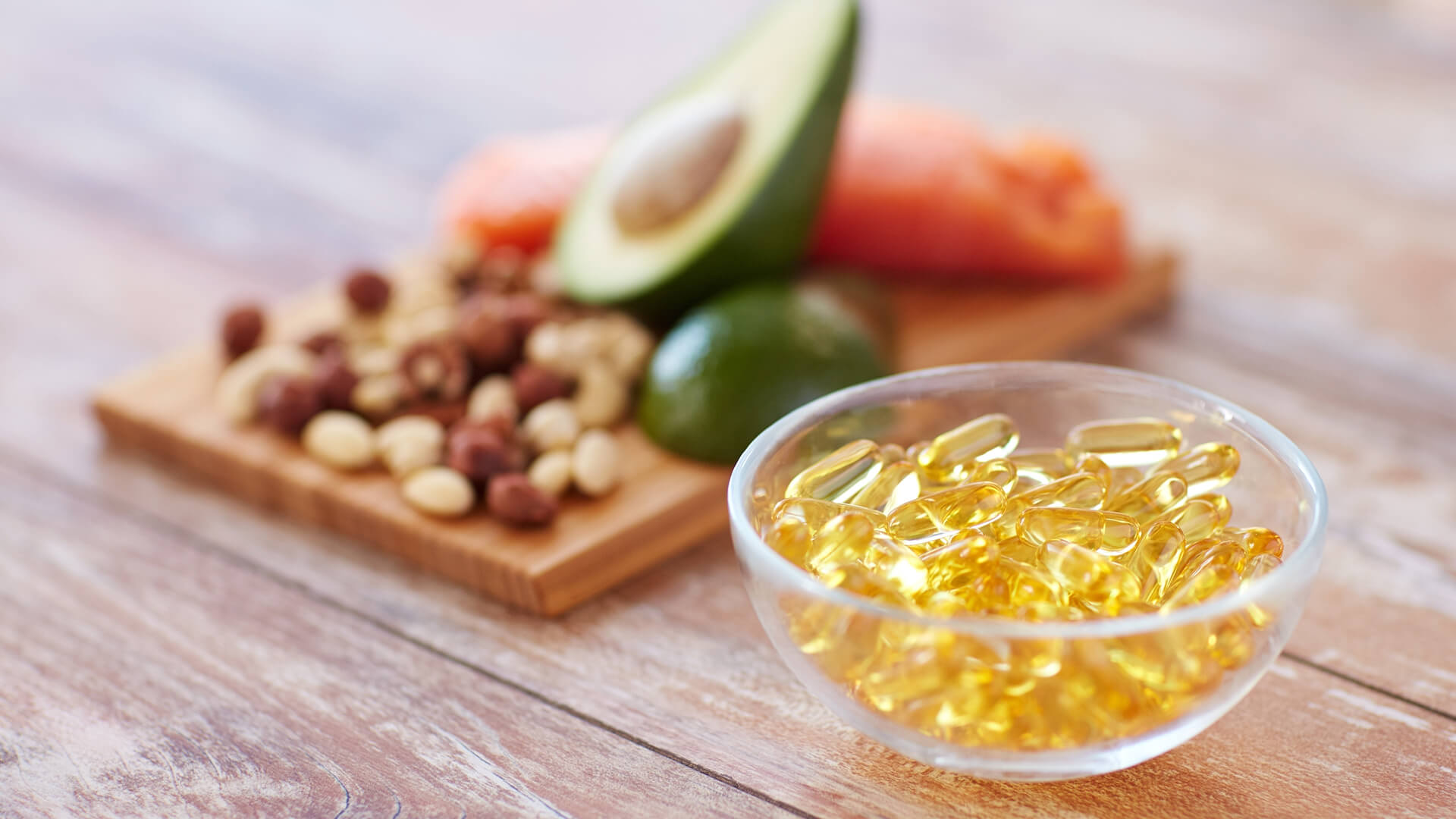 Insulin control is the key to rapid, effective fat loss for up to 80% of the population. Those of you who always seem to carry excess weight around the love handle area will also be the same people with a genetic intolerance to carbohydrates who crash out after eating a big bowl of pasta. It never ceases to amaze how much all of our personal training clients are divided into the “have carbs” and the “should not have carbs”. Ask a carbohydrate tolerant / insulin sensitive person if they feel sleepy after a carb fest and they will look at you as if you have just spoken Martian!

I have written far more precisely and in greater depth on the science of insulin / carbohydrate control in the BioSignature Modulation article*, “Insulin Control, Lose Your Love Handles with BioSignature Modulation”, and I would refer you to that article to learn more of the principles and practical applications behind insulin sensitivity and fat loss. The purpose of this article is to educate you as to three of the best supplements for fat loss for insulin resistant subjects.

*Please note, these articles on BioSignature Modulation are maintained for historical interest and no longer reflect our current practices. We do not endorse BioSignature as a methodology.

I would like to interject one general comment concerning supplements and body composition in general. Far too often supplements are used as a crutch for people’s inadequacies (laziness and lack of discipline) – they are not magic bullets that can fix such issues as being bone idle or a greedy bastard. For muscle building specifically they are very useful when sued correctly, but only the basics (whey protein, fish oil, digestive enzymes) are what I would consider to be mandatory to success. Fat loss is slightly different as often herbal supplements can overcome metabolic or hormonal issues, but even then nothing will ever replace hard graft and intelligent nutrition. For those of you who are reading this thinking that certain supplements will make all the difference then please think again. That said, the following supplements, can have a major impact on the fat loss efforts of insulin resistant / carbohydrate intolerant people, speeding up their body fat losses by up to 100% in those places where one tends to “wear one’s carbs” – namely the supra iliac / love handle region. However, they will only work if you also eat a correct diet, namely one that is low in simple and starchy carbohydrates, high in fibrous carbs, and with plenty of good fats and protein.

That’s enough preamble, let’s get down to business and look at the three supplements that will most help you drop fat and resensitize your body to the effects of insulin:

Although I don’t like to generalise about dosages unless I see a specific individual, effective omega 3 dosages vary from 10-30 grams spread throughout the day.

In a nutshell, Insulinomics is a kinase supplement produced by Poliquin Performance for insulin resistant BioSignature Modulation clients. It should be simplistically viewed as being the thing that allows you to use insulin correctly.

We can delve into the science behind Insulinomics by following the words of the man who first formulated the product, Charles Poliquin:
“What’s the most important thing to consider when it comes to carbohydrate consumption? We all know that carbohydrates are, for the most part, converted into glucose and then used as energy, right? But where are they used as energy? Inside the cell. Therefore, the most important thing to consider is getting the glucose inside the cell. Here is how it’s supposed to work. When glucose rises in the bloodstream, the pancreas secretes insulin. Insulin binds to receptors in the cell membranes which in turn send signals inside the cell to tell transport vesicles to bring the glucose into the cell. On the other hand, glucose that stays outside the cell can eventually become glycated (forms a crusty protein layer) and is then converted to fat for storage. Glucose sitting outside the cell is like a guy that goes to the gym but just stands around outside, bothering the athletes going in while turning into a fat guy himself. So we want to make sure that guy gets in the gym and goes to work.

So where does this process go wrong? Much of the problem lies with the signaling that takes place at the cell membranes and within the cell. This signaling is accomplished by a complicated network of enzymes known as kinases.1 These kinases will basically either send messages of health or alarm. Signals of health allow the insulin receptors to function optimally. Unfortunately, poor diet and lifestyle choices switch these kinases into alarm mode. When messages of alarm are sent, inflammation increases and insulin receptors can be shut down. When the receptors shut down, blood sugar (glucose) stays elevated and insulin stays elevated. Insulin, of course, is a storage hormone. It’s fine to elevate insulin if we can get it to signal into the cell to take up glucose, but if we can’t, then the glucose will be converted to fat and be stored in adipose tissue. According to the latest research, it gets even worse. Due to the altered kinase signaling, the fat can also become stored in the liver, the pancreas, and muscle tissue.2 The kinases responsible have names like PI3K, GSK, IKK, MSK, and SYK. Modulating these kinases to quiet down the alarm signals can improve physiology, accelerate glucose uptake, and decrease fat storage. The subsequent lowering of insulin will also allow fat to be mobilized for burning.

Which leads us to the million dollar question: How do we modulate these kinases? There are various nutrients that can affect these kinases, but the most powerful tested to date are found in a proprietary new herbal formula now available in the PPC, called Insulinomics. This formula contains very specific extracts of humulus lupulus and acacia nilotica. Extensive research at one of the few proteomic research centers in the country discovered (in animal, in-vitro, ex-vivo, and human studies) that it is from specific strains and extracts of these nutrients that kinase modulation can be achieved. This novel new formula can very selectively bring these kinases back into balance. Insulin sensitivity improves, glucose uptake improves, and fat storage decreases. This not only has dramatic implications for people on the path to Type II Diabetes and cardiovascular disease, but athletes and sports nutritionists surely recognize that this could have huge implications for performance and recovery.

I have observed some radical fat loss improvements with the introduction of Insulinomics to any insulin modulating fat burning protocol. Our standard dosage for personal training clients is 1 tablet to be taken three times daily.

If Insulinomics sends the signal (rings the doorbell) for your body to effectively metabolise carboyhdrates, then Fenuplex opens the door. The two work together synergistically and have contributed to some of our more spectacular feats of fat loss.

Fenuplex is a herbal supplement put out exclusively by Poliquin Performance, and it is one of the open “secrets” that helps contribute to some of our more startling physique transformations.

A fundamental fact of hormonal science is that if you positively modulate insulin production you will always improve body composition. Everything else in your regime and in your endocrine system can be totally out of whack, but if you get insulin management correct you will make positive steps forward. Get this right and it’s not uncommon for us to see 6 – 7 lbs of fat dropped in one week, together with a 3 – 4 lb gain in lean muscle tissue. These are phenomenal results that most trainers can only dream of.

We typically prescribe Fenuplex in one of two ways –

Further details on this product can be found by reading our “Power of Herbs” article.

Favorably modulating insulin production is one of the most effective, and pain free, ways to rapidly drop body fat. The intelligent and educated use of supplements such as Omega 3s, Insulinomics, and Fenuplex can massively help in that quest for fat loss, and whilst they are no substitute for hard work and correct nutrition they can magnify your rate of fat loss by several multiples and are consequently part of many of our personal training clients fat loss supplement protocols.