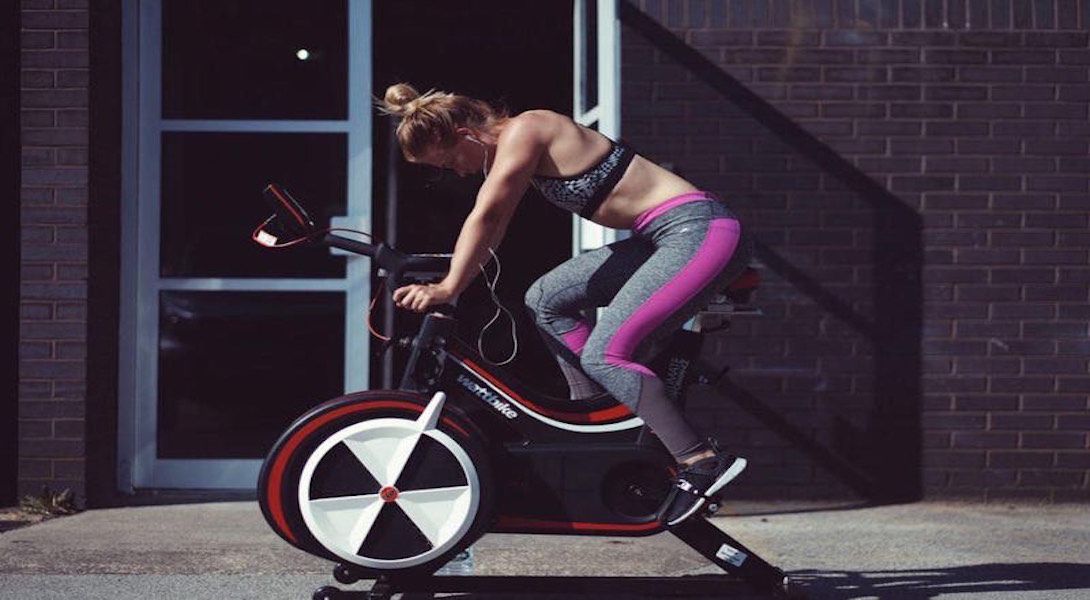 Why the Stationary Bike Workout Is a Waste of Time

The Stationary Bike Workout, Should It Be Banned?!

In my opinion, there are a few other things that are more useless and redundant in a gym than a typical stationary bike “workout”. I’ve realised that more than a few of you may warm up, cool down, or even attend spinning classes, but I am sorry, as I just think the whole lot is a bit of a waste of time. (More on spinning later as that falls slightly outside of the remit of my point today, but I’ll address it anyway).

Before the cardio queens send a lynch mob in my direction, have a read of my blog on common sense cardio training, and you will realise that I certainly do not fall into the group of personal trainers who are rabidly opposed to cardio. I even think steady state cardio has its place, and I also think that if you enjoy something, then by all means, go for it. I certainly don’t go for all this jibberish that says that cardio will actually make you fat. We didn’t arrive at the current obesity epidemic because there are too many joggers in the world!

My issue with the use of stationary bikes as exercise tools is a very simple and basic one. The way that most people use them is just too damn easy. If you can read a magazine/book whilst exercising then you are not really exercising at all, you are just wiggling your limbs around a little bit. I’ll elaborate a little bit more of this for those of who want a less simplistic explanation.

You should all appreciate that in order to stimulate a decent physiological response you should do something a little bit of out of the ordinary for the body, correct? Assuming you regularly walk to the bus stop, walk to the pub, or walk around a supermarket, then you will instinctively appreciate that a 5-10 minute stroll on a treadmill will not really do all that much to improve your fitness/fatness levels. Given that walking, (even when on a treadmill) involves more muscular and nervous system recruitment than perching your pretty bottom on a stationary bike, why on earth do some people think they are going to stimulate a change by aimlessly spinning their wheels against the lightest of possible resistance, and going nowhere on a bike that does barely anything for their leg muscles, and only exercises their upper bodies when they turn the page of the latest edition of HELLO?!

If you appreciate the whole idea behind the importance of weight training for both health and body composition benefits, then it should only take a second for you to understand what I am driving at here. We need a decent level of resistance (relative to your own strength levels, not absolute resistance) in order to generate the correct hormonal responses that are needed to create positive body composition changes. So making something too damn easy means the body will not produce any sort of noticeable adaptive response. And it is this guiding principle that makes me look at 99.9% of people on stationary bikes and just shake my head with a mixture of pity and wonderment.

It is this same principle that has been one of the reasons behind Charles Poliquin’s widely publicised criticism of spinning classes. What Poliquin says about spinnings negatives, (insufficient resistance and excessive pedalling speed to generate the right hormonal response to exercise) rings very true with me. He also believes that too much spinning can cause the hips and thighs to store both intra-muscular fat in the hip and thigh area to provide readily available sources of fuel for the aerobic recovery period. The rationale here, being that fat stored so locally will need less time to reach the muscles that need it to provide the energy source. I can buy into this concept, because whilst I know of a few spinning instructors with very lean legs, I have also met a hell of a lot of people with chunky, disproportionately undefined hips and thighs.

I am now going to perform a nice little volte face and also tell you that I have nothing against spinning if done in what I view to be the right way. My belief is that currently spinning classes can last 40-60 minutes, which is way too long because at this duration you just can’t hit the intensity peaks required for the right body composition changes. If I were running spinning classes at one of our UP gyms, I would make them about 20 minutes in duration and they would truly represent the HIIT (high-intensity interval training) paradigm. Pedal resistance would be cranked up to reflect each individuals strength levels, and they would go for it in bursts of anything from 10 to 60 seconds. I’ll go into my views on how to do interval training for fat loss at a later date, as I read a lot of BS that massively overcomplicates what is really a very simple issue.

Even When Used Properly I Think The Stationary Bike Workout Is Rubbish!

My issue with stationary bikes for body composition purposes is that even if the resistance on the pedals is high, we are only really working the lower body and there are a million better bang for your buck cardio-type options available in the gym. Cranking it up to a standing position, works much better (as with high-intensity spinning) but are you not then just mimicking a stair climber? So why not use one in the first place and save on the risk of people using the exercise bike incorrectly

One quick caveat I will make here is that my opposition to stationary bikes doesn’t extend to real bicycles. Although excessive use of those can be catastrophic for men (racing bike seats and testosterone production are not close bedfellows), your entire body can get one hell of a workout on a productive bike ride, and anyone who suggests otherwise is delusional in the extreme.

Some people will tell us that stationary bikes are useful for working around certain lower body injuries, and on this score, I’d have to agree, but this is a blog post, not a book, and we can’t legislate for every eventuality. Furthermore, the educated amongst you will know that the vast majority of gym goers will have chronically tight hip flexors, so the very last thing they need to be doing is spending too long sat on a stationary bike as the positioning of the body will only exacerbate any restrictions in range of movement.

On Second Thoughts, Something Even Worse Than The Stationary Bicycle!

Oh yes, I’ve just thought of something even worse than a stationary bike. A recumbent bike! If you have ever seen anyone who is in shape using a stationary bike, other than as a chair to read a magazine on, please send me a photo! This of course, opens the door to a bunch of ripped guys posing for their mates on useless pieces of gym equipment.