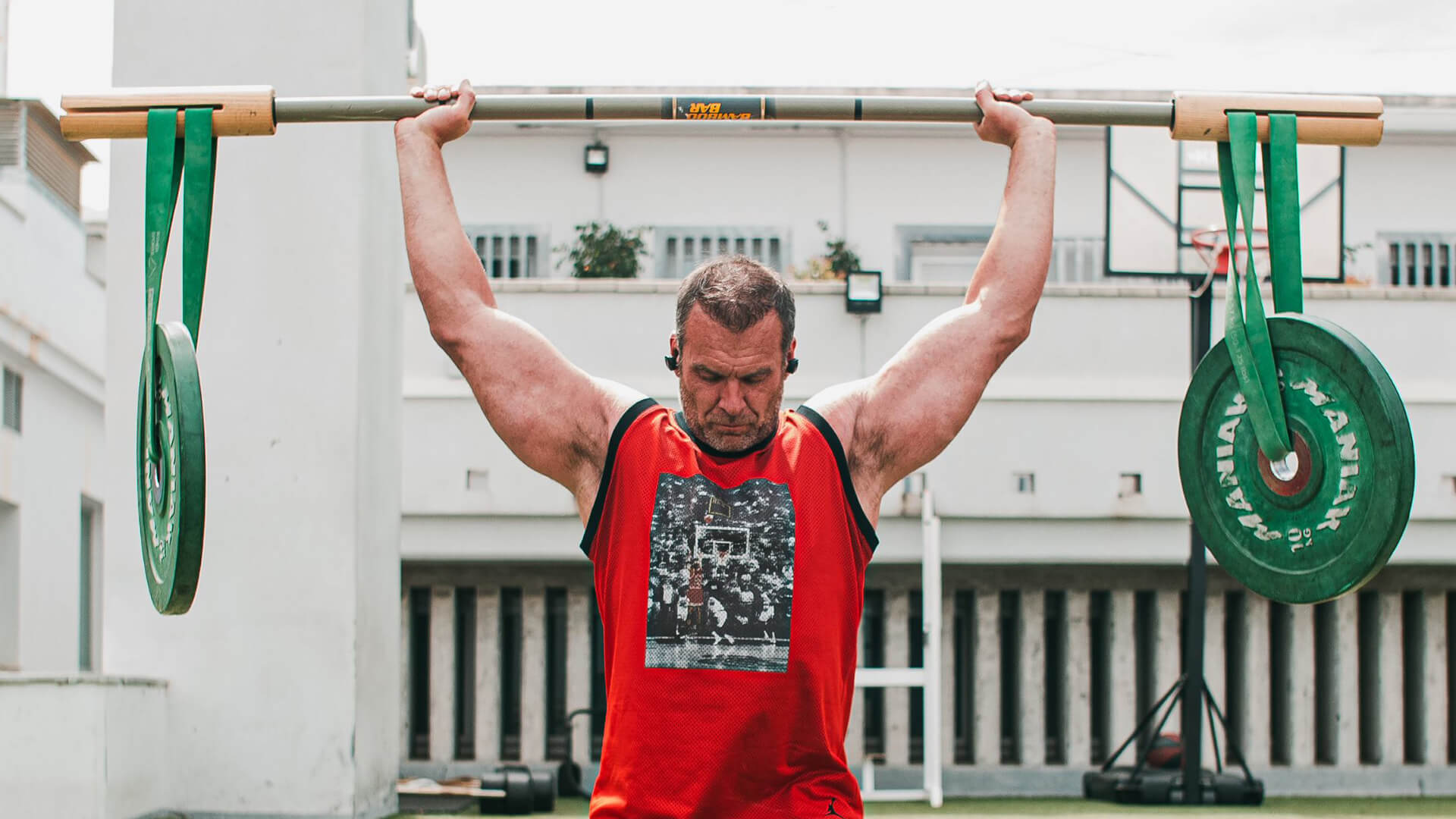 Glossary – A quick guide to explain some of the key terms used in Nick Mitchell’s ‘Ultimate Body Transformation Plan’.

This is a lift where movement occurs at two or more joints, such as a squat (movement at the hip and knee joints) to shoulder press (movement at the shoulder and elbow joints). Compound lifts should form the basis of all training programmes designed to increase muscle size, because they work more muscle groups at once.

This is a lift where movement occurs at one joint only, such as a biceps curl (movement at the elbow joint only) or leg extension (movement at the knee joint only). These moves are great for targeting a specific muscle group, especially at the end of a workout, to work the muscle really hard so it grows back bigger and stronger.

An isometric contraction occurs when a muscle generates force without changing length, such as during an abdominals plank, or when you grip an object using the muscles in your hand and wrist. These contractions don’t typically generate as much force as either concentric or eccentric contractions, but they are still an important part of muscle growth.

This is the extent to which a joint or joints move during each rep. It is essential that you move through the fullest range of motion possible when performing a lift, because the greater the movement range, the more muscle fibres are recruited to move the weight, meaning you’ll get a better muscle stretch and contraction with every rep.

An abbreviation of ‘repetition’. One rep is the completion of a given exercise from the start position to the end position, moving through the full range of motion. The number of reps per set can vary depending on the training goal.

This is simply how long you rest between completing a set before starting the next one. If rest periods are too short then you will still be too fatigued to complete the following set; too long and you won’t build up accumulated fatigue, which is essential for muscle-mass growth and burning body fat.

A set is a given number of reps performed consecutively without rest. The number of sets can vary for each exercise depending on the training goal.

Supersets are two different exercises done back to back. Training this way is a proven method to promote muscle growth, because you can work more muscle groups in less time. Supersets are also a great way to encourage fat burning because you are forcing your heart and lungs to pump blood and oxygen to your muscles more quickly.

Time under tension is the duration in seconds that your muscles must work to control a weight during a single set, and it is dictated by the tempo multiplied by the count per set. For example, a set of 12 reps at a 2010 tempo (2 + 0 + 1 + 0 = 3 seconds) equals a total time under tension of 36 seconds for the set. Time under tension is one of the most important factors responsible for muscle-mass growth, which is why it is so important that you always stick to the tempo listed for each exercise, even if that means lowering the weight to achieve this.

Liked This? Try “3 Ways to Get Strong’ or ‘Why Strength Should Be the Foundation of your Programme‘