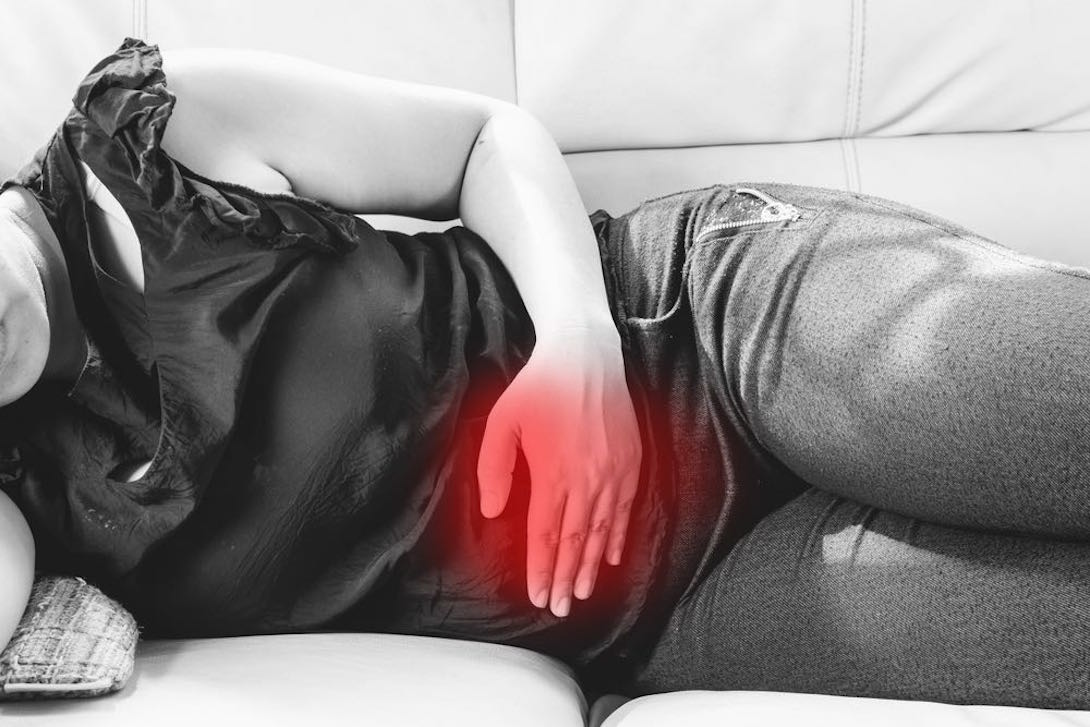 Pre-menstrual syndrome (PMS) is a very common and sometimes debilitating condition that affects around one-third of women. Typical symptoms range from fatigue, irritability, depression, bloating, nausea, breast pain, mood swings and food cravings. There are four different subgroups of PMS categorized by anxiety, depression, water retention and cravings.  Thankfully there are ways to combat these symptoms through food and supplementation, so before you reach for the paracetamol, devour an entire box of Quality Street or roundhouse kick your husband for leaving the toilet seat up, here are a few natural remedies for PMS that you could consider trying.

The number one natural remedy for PMS –  get some high quality omega 3 fish oils in your diet!

After ovulation, fatty acids build up in the cell membranes of the uterus. After the onset of progesterone withdrawal before menstruation, these fatty acids are released causing a concurrent release of a cascade of prostaglandins. Menstrual pain is associated with increased contractions of smooth muscles in the uterus caused by the autonomic nervous system, hormones and these locally acting prostaglandins derived from omega 3 essential fatty acids (anti-inflammatory) and omega 6 EFA (inflammatory). Generally, prostaglandins derived from omega 6 fatty acids increase these smooth muscle contractions, Omega 3 fatty acids cause a far less severe increase. It’s important to note that omega 3 and omega 6 EFA’s compete for the same enzyme called cyclooxygenase (COX) and are then converted into various eicosonoids (hormone-like substances) that are either inflammatory or anti-inflammatory. Diets rich in omega 6 will not only increase the body’s inflammatory responses but also inhibit the conversion of omega 3 into anti-inflammatory eicosonoids.

Supplementing with omega 3 fish oil is one of the best natural remedies for PMS and has shown time and time again to reduce many of the symptoms of PMS especially pain and cramping. In fact, a study performed on 181 women in 1995, showed that on average women with menstrual pain had an 80% lower intake of omega 3 EFA. Try starting with at least 5-10 grams a day of Poliquin Omega 3 in divided doses.

Natural remedies for PMS: put down the processed carbohydrates!

This is a good idea for anyone, but especially in those PMS sufferers dealing with bloating and water retention. Refined carbohydrates are dominant in omega 6 fatty acids which increase those troublesome prostaglandins and raise inflammatory responses in the body. It’s been shown that women who suffer from PMS consume diets 62% higher in processed carbohydrates and 275% higher in sugar, which also leads to imbalanced blood sugar levels and excessive insulin production leading to increased mood swings and irritability.

Refined carbohydrates also leach the body of important minerals such as magnesium which work very closely with B6 to metabolise prostaglandins in the liver. So please be sure to control your carbohydrate intake if you want to control your PMS symptoms.

In Chinese medicine, the liver is the organ most associated with irritability and anger. It is also thought to contribute to other symptoms of PMS because it is the main organ that should break down estrogen and other hormones, especially when levels become excessive. Thus, herbs and supplements that help to improve the livers vital energy and detoxify bad estrogens would be a wise choice.

The Reishi mushroom is a powerful immune strengthener and regulator of blood sugar, and therefore a great natural remedy for PMS. It is used to counteract general fatigue or weakness that may be associated with chronic PMS and is an excellent herb for calming and relaxing women who experience irritability, nervousness, emotional excess, and sleeplessness.

Liquorice root (see Poliquin Licorice Supreme) in both western and eastern cultures dates back thousands of years and is particularly useful remedy for PMS as it has been attributed to an increase in the estrogen to progesterone ratio. It is also a strong anti-inflammatory which helps to double the half-life of the stress hormone cortisol. The net effect of this being the adrenal glands have to produce less cortisol and therefore do less work. Be careful when supplementing with liquorice if you have high blood pressure, as it can raise it slightly and take it earlier on in the day to make sure cortisol levels are allowed to lower in the evening to gain quality sleep (and if that just read as..In order to gain Quality Street….then your blood sugar levels are low so go and have a protein based meal to get yourself back in balance!).

When you exercise your body produces endorphins, the feel good brain chemical which has mood enhancing effects. As always, I recommend anaerobic exercise for its greater metabolic effects and ability to preserve valuable muscle tissue those unfortunate aerobic junkies can kiss goodbye to! Some resistance work can be a great choice for those who find themselves a little irritable and angry, and I’m sure friends and loved ones will gladly afford you a little extra time in the gym if they suspect it’s been a rough day at the office.

Exercise has also been shown to reduce bloating and water retention and the increase in oxygen allows nutrients to move to the cells more efficiently making you feel less lethargic.

So here are just a few excellent natural remedies for PMS that can help you to maintain a more natural balance in your life.