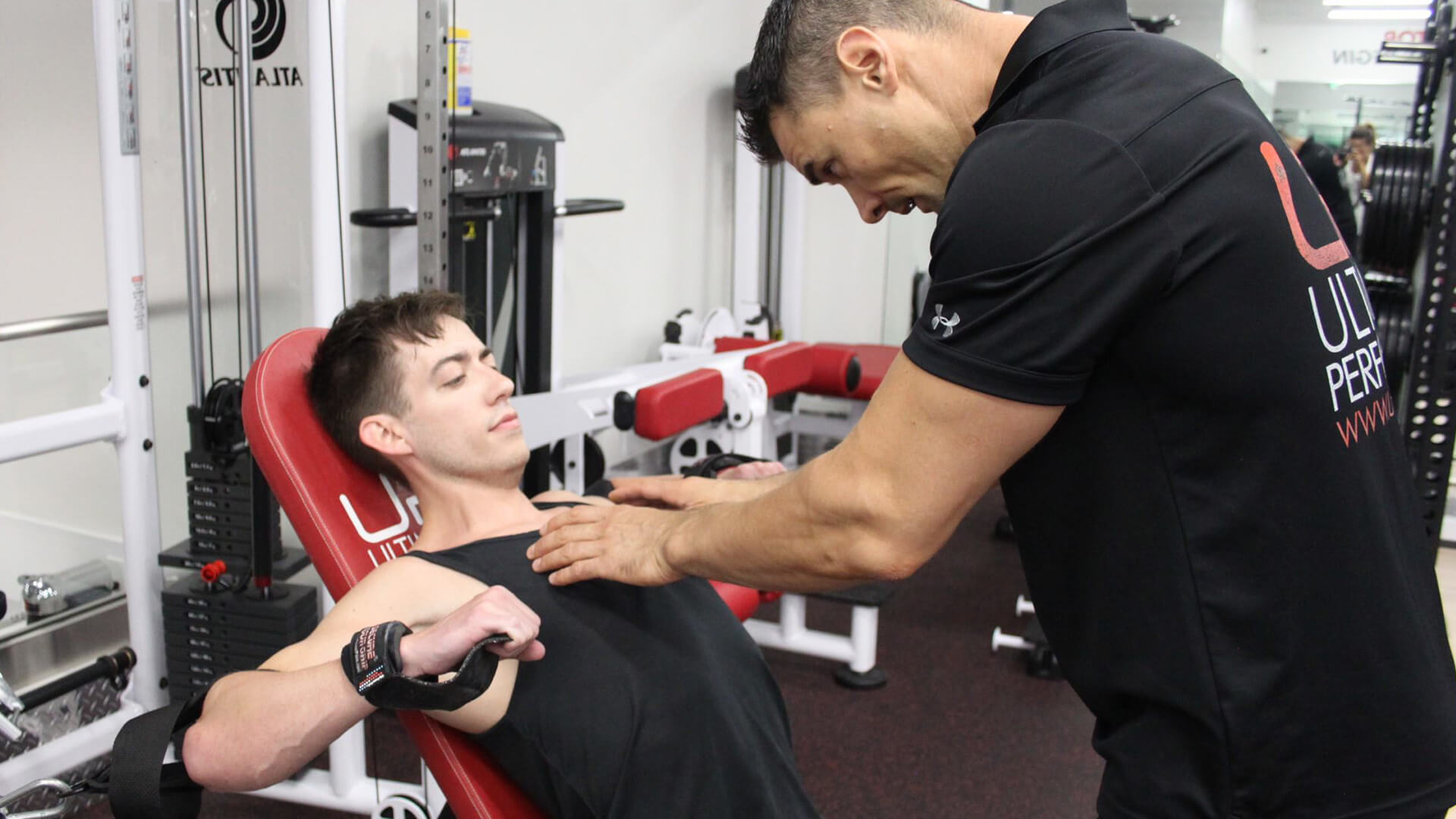 The past couple of weeks have been extra difficult, but not because of U.P.

I had a stomach bug and I unexpectedly had to leave town for a little bit, which means I was going to have to hold myself accountable for my own training and diet. Yikes!

Up until I had to leave Los Angeles, everything was going as planned. We had moved into Phase 2 of the training program, which means we slightly changed up the training sessions and introduced a few new exercises.

It’s amazing how quickly you get used to a routine, so even doing the same exercise I’d been doing, but at a different point in the session, really affected me.

Eddie was cracking down on form and getting more detailed, which I really tend to like. My diet was going well, I had a good grasp now on how to eyeball what I should be eating when I went out for a meal. 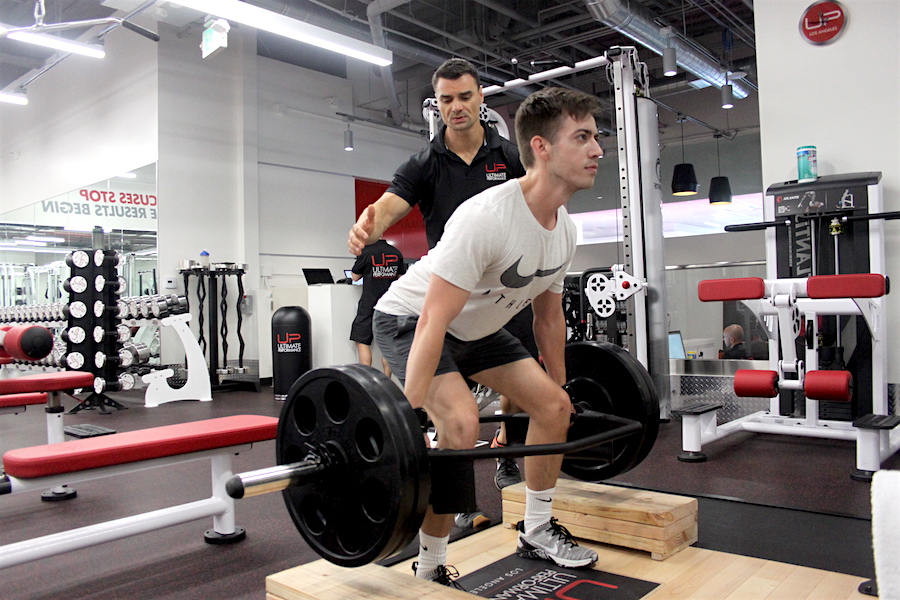 Kevin’s training program has stepped up a gear at Ultimate Performance Los Angeles.

Then, as I mentioned before, two things happened:

I was determined to keep working out based on how my body felt. I didn’t think I was even going to get through a training session, but we took our time and made some minor changes like not adding more weight or skipping the HIIT work at the end.

What was really challenging was my diet, but I talked with Eddie throughout the entire week and made some exceptions of eating some more things to settle my stomach, like carbs, and I wasn’t mad at that!

Just getting through that and being able to continue to train was a big win for me. Knowing that I could still maintain what I had been working on was a huge relief and the feeling of getting through it was really important. 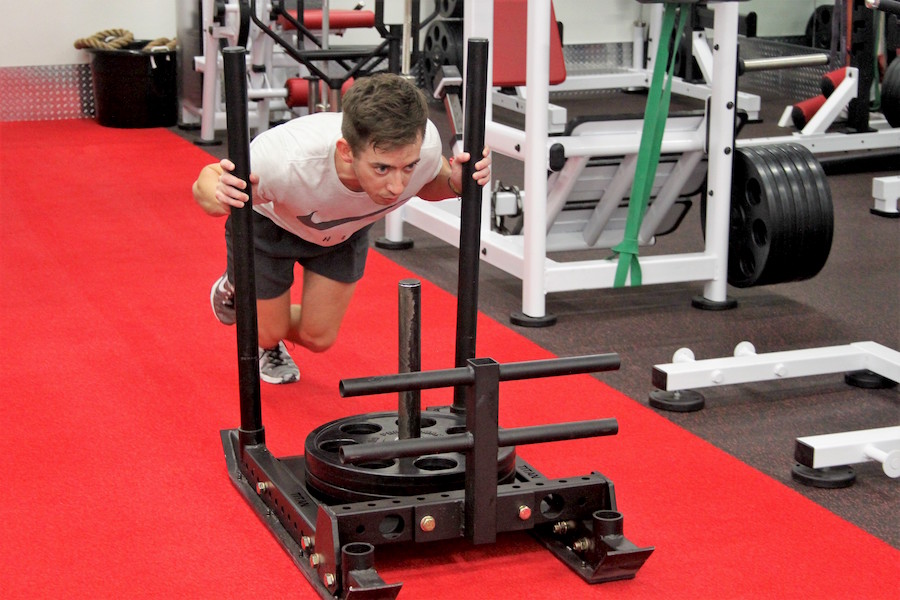 Kevin’s has found that he can still train and make progress despite battling a stomach bug and having to train under his own steam.

I had taken some quick weekend trips during this process, but this time I was leaving for over a week. So Eddie and I worked out a plan. I’d have access to a gym where I was going and I was going to be able to do some cooking as well. With all of that in mind, I was going to be on my own (maybe I’m a little too dependent on Eddie to tell me what to do in the gym) so it was really on me if I succeeded or not.

Honestly, the best thing I’ve realized this entire time is I now know what to do in a gym – on my own!

I’ve always HATED going to gyms, regardless of if I knew the exercises to do or not. But now I knew exactly what to do and how to do it, and felt comfortable knowing that what I was doing was right. Eddie would check in a lot, asking if I needed help, or figuring out how to change out exercises that might be impossible based on the equipment I had available.

I didn’t feel overwhelmed or like I was wasting my time. I went in with a purpose and left feeling like I actually knew how to do this. 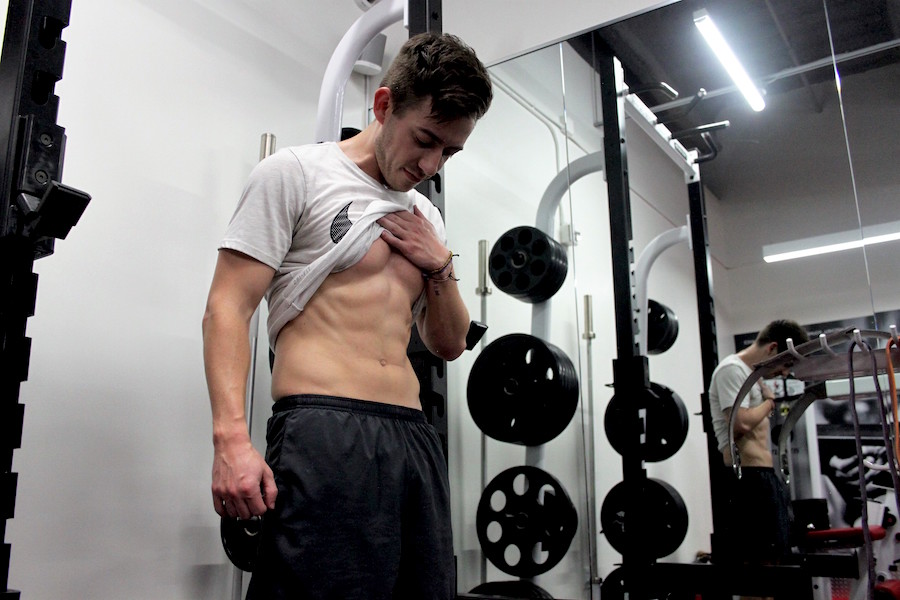 Kevin finally has abs…and not even having a week away and suffering a stomach bug could stop his progress.

Another small fear I’ve had about this process is, what do I do when my 12 weeks is over?

Am I going to not go back to the gym or eat terribly because I have no one telling me what to do? If this week proved anything, it’s that I’m not as dumb as I thought and that I’ll completely be able to handle this once I’m finished.

I hadn’t realized how much I’d actually learned so far and we were just over halfway.

I got back home, I’d maintained my weight, and I still looked like I had progressed!

I’m not worried to get back training with Eddie again either, because I know I was holding up my end of the deal in a non-ideal situation. Also, I got back and my friend said, “You actually have abs now!” That’s never happened before, so I’ll take it as a win!

LET U.P. CREATE A BESPOKE PERSONAL TRAINING AND NUTRITION PLAN FOR YOU DESIGNED AROUND YOUR BODY AND YOUR GOALS.