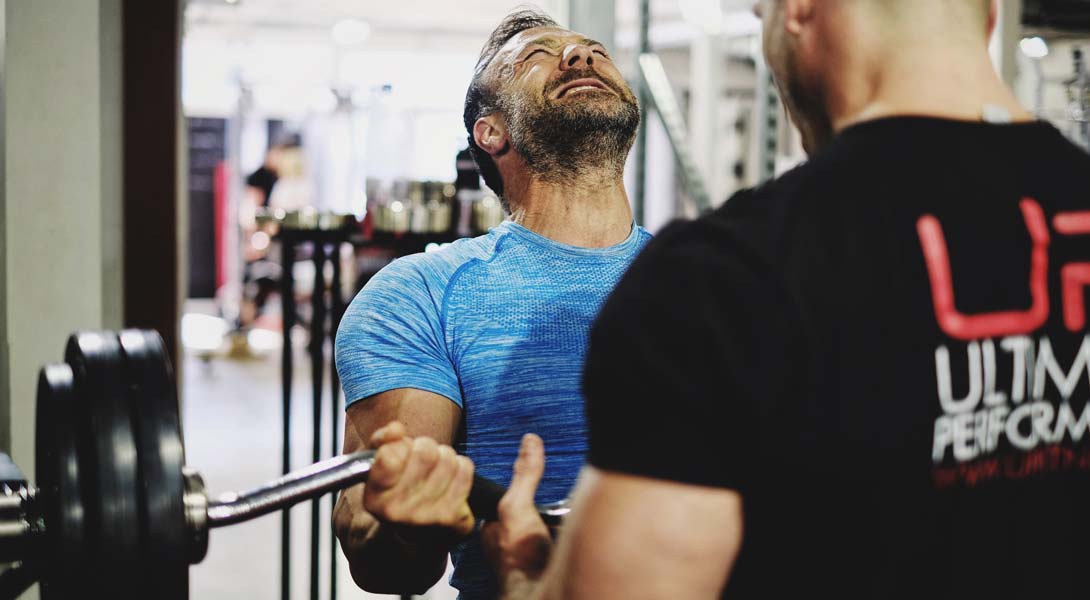 How to Unleash the Strength Curve on Your Training

But there might be one key component missing from your programme design toolkit that can make a real difference.

Are you considering strength curves when putting your plan together?

It’s so often the little things that count, and using strength curves can give a programme more purpose and lead to superior results.

Yes, you might be doing the basics right – but what may take you from good to great are the things you do that others don’t. Strength curves are just one way to achieve this purpose.

By paying attention to this aspect of that exercise physiology textbook you forgot about, you may be able to set yourself apart and produce better results for your clients. 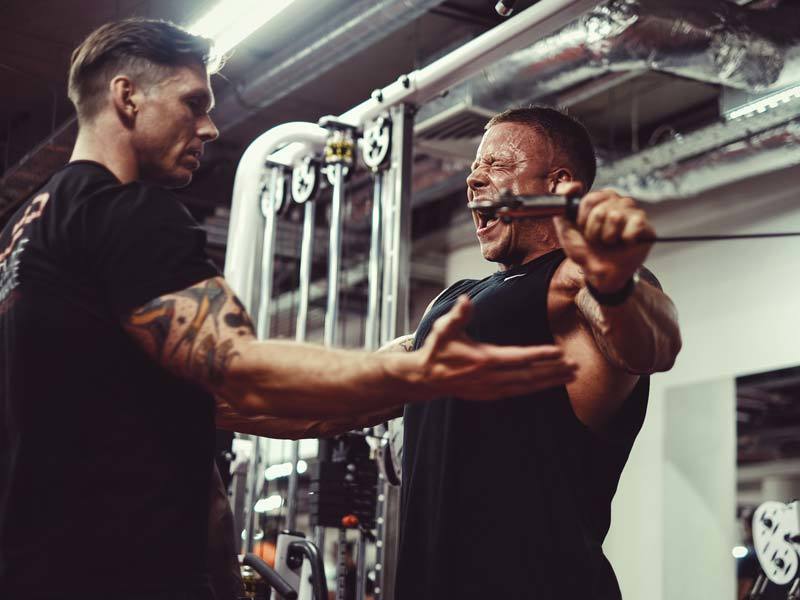 While there are obvious considerations to make when designing a programme, from rep scheme and time-under-tension (TUT) to total volume or exercise selection, the list can be seemingly endless.

That is why it’s important to understand what must be considered, what is not necessary but adds value, and what is going to make your brain hurt to no avail. To this point, the consideration and manipulation of strength curves fall into the category of “not necessary, but adds value”.

Now, it may seem obvious to incorporate strength curves into your programming, and I’m sure many trainers out there use these concepts to programme for their clients, but it can be all too easy to fall into the trap of arbitrary exercise selection.

Clients’ goals vary greatly from one to the other, spanning from better body composition to increased strength, or simply to feel better. Most often, however, the client wants to improve their body composition, either as their main focus or as an aside.

Addressing strength curves will enable a more thorough analysis of past programmes, as well as the ability to improve ongoing and future programmes with respect to whatever the client wants to achieve. Before applying the strength curves, it’s important to familiarise with the types of curves and which exercises exhibit which curves.

After that, it’s useful to be critical of if incorporating the strength curve will provide enough benefit to do so consistently, as it will undoubtedly increase the time it takes to write a programme. That is, why would a trainer use them? 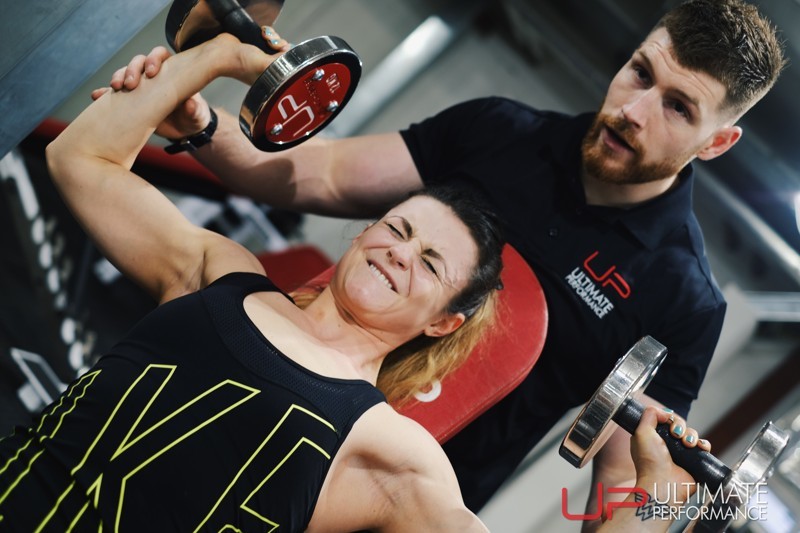 What are strength curves?

Strength curves are graphical representations of the amount of force required at progressing joint angles for a particular exercise, with force as the y-axis and joint angle at the x-axis.

This tells of how much force is required at each point throughout the range of motion (ROM) of a given movement.

Take a standing biceps curl, for example: the most difficult part of this movement is not at the beginning of the exercise (the largest joint angle of 180 degrees) nor is it at the end (when the joint angle is approaching zero), but it’s during the middle of the movement. That is, the difficulty of the standing biceps curl increases for the first half of the movement and then decreases during the second half.

Continuing with this example, simply move the client to a preacher bench. Now, with a typical setup of a standing preacher curl, where the upper arm, or triceps, are resting on a roughly 45-degree declining slope, the strength curve is shifted.

With the change, the most difficult part of the exercise occurs at the beginning, no longer ascending to the middle and descending to the end. This is due to the fact that the weight has moved to a disadvantageous point of leverage, and as the exercise is performed the force required to continue moving it will decrease, thus increasing relative strength at that point in the ROM. The strength curve is ascending. 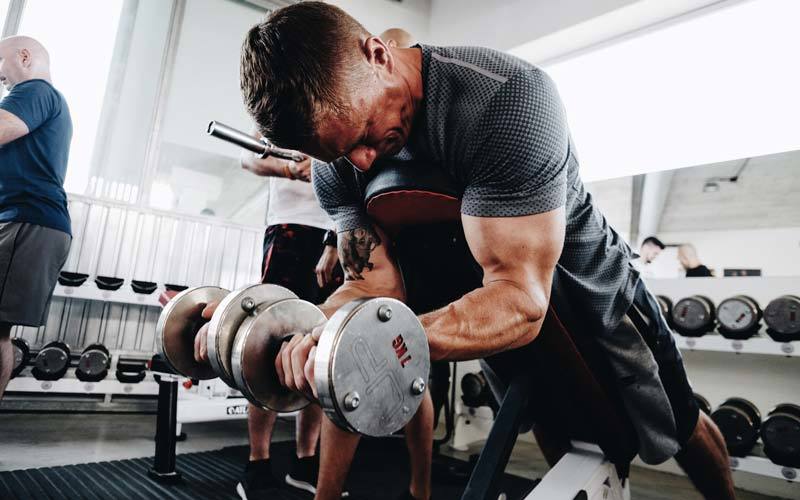 To help conceptualise this, simply think back to when you have performed a preacher curl yourself and consider at which point failure has occurred. It’s likely within the first half of the movement. I know that for myself if I will fail on a preacher curl, it will be done within the first 10% of the movement. I almost never fail at a point after that (unless I am completely useless in mental toughness for that day).

The final exhibited behaviour with respect to strength curves is one that is descending. Consider once again the biceps curl. Now, move to the other side of the preacher bench, the one at which the upper arm rests perpendicular to the ground.

Often called a spider curl, this movement is a great example of the ‘descending strength curve’. It requires the trainee to perform the biceps curl with greater leverage when it’s at the bottom, but holding the weight at the top of the range of motion is only possible with increasing difficulty and decreasing leverage.

This, again, is due to less mechanical advantage being placed at the end of the range of motion. The force required is now greater as the joint angle closes, resulting in less relative strength and a descending strength curve.

Many trainers learn about these concepts in their respective educations, but I never did, and had to wait until two years into my career to fully understand them. Even after the fact, it took time to completely understand how valuable applying these concepts, and carefully manipulating the exercises prescribed to my clients, could be. 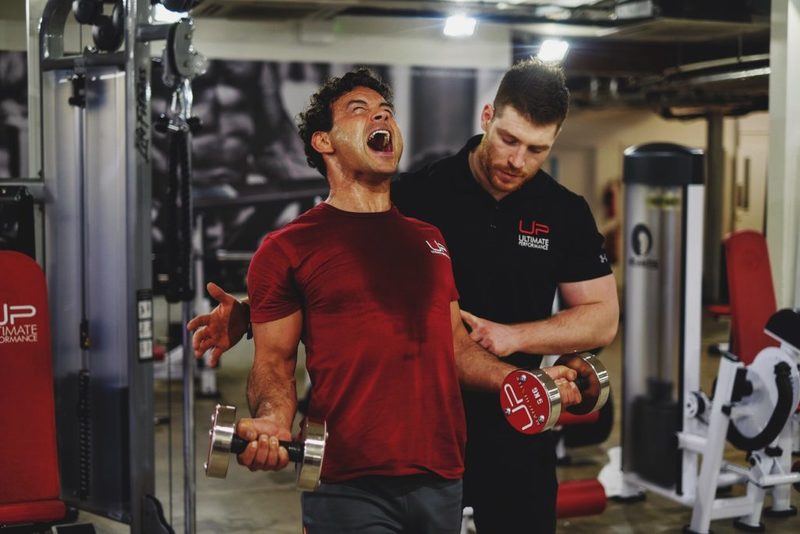 How to use strength curves in programming

Not knowing the strength curve is not usually a problem for a trainer, but rather how to utilise them in a programme.

Therefore, it’s most important to address why using them is beneficial. You can create more volume on a given muscle group by changing the exercises in such a way that the strength curve changes each time, in addition to strengthening a muscle over the ROM of a given exercise.

For example, if you want a client to perform a tri-set for biceps, it’s less effective to design the programme like this:

Than it is to design the programme like this: 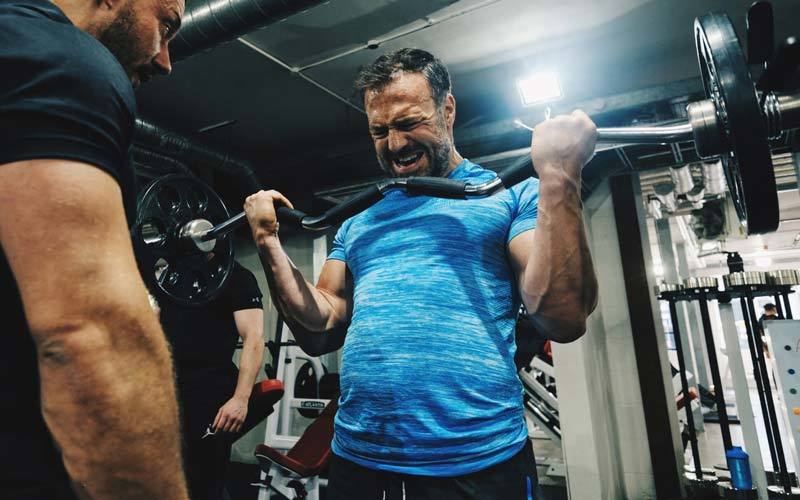 Bear with me on the bland rep-scheme, no tempo and no rest prescription, and focus keenly on the exercise selection. It would be far more difficult to hop from one movement to another if it’s constantly stressing the same part of the strength curve. While the second grouping is not “easier” per se, a client will likely move through it with greater ease, which is not as contradictory as it seems.

The constant taxing of the same leverage situation on a muscle group will cause failure more quickly than changing the leverage of each movement, even though the same muscle is being worked.

While not completely the same, this is similar to the use of an agonist superset. The agonist superset allows the trainer to programme less total rest into the programme with more volume, while still giving a client the same rest per body part.

With the changing strength curves in the example above, after performing the standing EZ-bar curl, the client can overload the beginning of the movement when it’s fresh, reducing the demand of the middle of the ROM (which was taxed more heavily in the first exercise) and the end of the ROM (which will be taxed most heavily with the spider curl).

Being able to increase the volume that a client can accumulate in a shorter period of time (more volume per hour training session) will allow the trainer to stretch results beyond just becoming stronger through the entire ROM. By increasing volume, results can be made better in conditioning or body composition programmes as well.

While paying attention to strength curves can lead to small increases in volume, and hopefully, give a spark of extra creativity in your programme design, it will not make up for poor programme design. 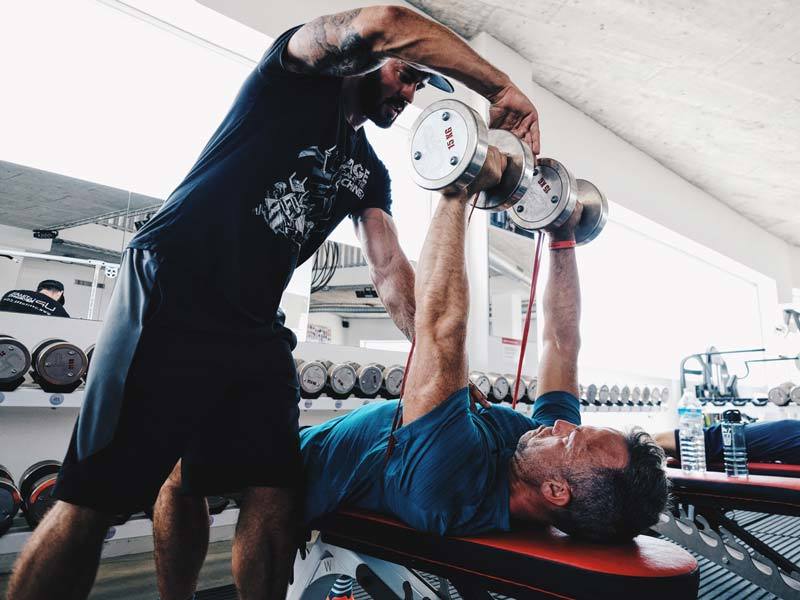 Nothing can replace the simple yet tremendous effects of effort and hard work. Incorporating strength curves isn’t necessary to get great results, as reps, sets, tempo, and rest are, and it’s not nearly as robust as a giant-set or German Volume Training (GVT) system.

Rather, it’s a method to be applied to greater harness the effects of the given system that you are applying, and that can add tremendous value to both the trainer designing the programme and the client performing it.

Lastly, strength curves need not be accounted for only on an exercise-by-exercise basis within a programme, but can also add direction to larger time periods of a programme, in terms of exercise selection.

For example, a two-week phase of GVT focusing solely on one strength curve type for a given group of muscles can be given greater direction for the next phase by choosing exercises that overload a different point of the ROM, thus creating increased strength throughout the ROM.

This may not completely do away with the sometimes fickle nature of programme design, but will hopefully provide an element that further adds to consistently well-planned programs. While strength curves can be overlooked, and do not necessarily need to be considered in programme design, it can help fill in gaps in your process and perhaps give your clients superior results.

Fortunately, better results for your clients is what it’s all about.

Find out more about how our UP Personal Training Programmes can take you training, diet and physique to the next level.