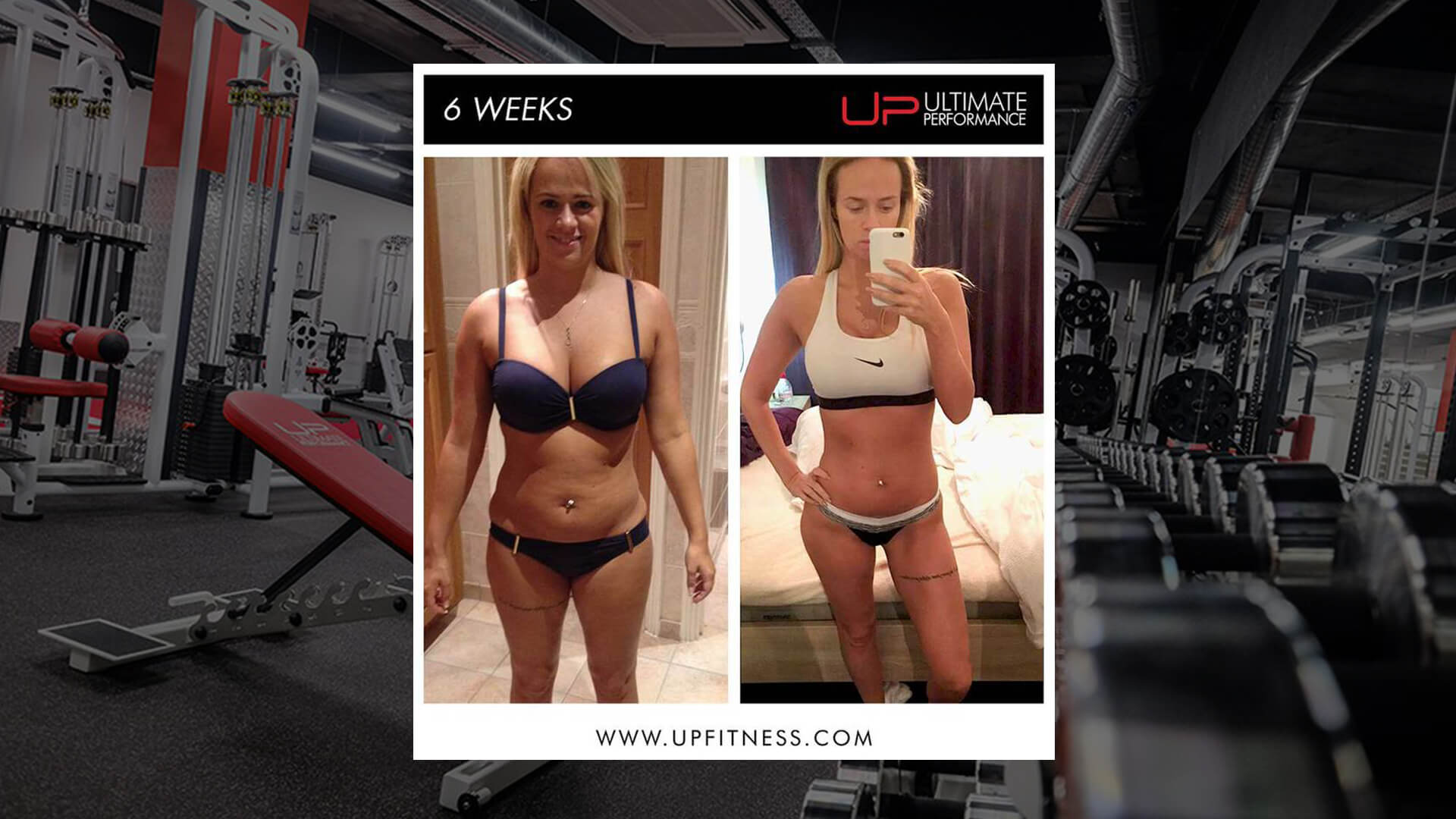 So many people can just give up on their fitness goals when suffering from chronic pain or injury.

With health issues like back pain, sciatica or joint problems, it can feel like you will never be able to train or get fit again.

But leisure centre manager Lindsey Gales’ incredible six-week transformation shows that injury doesn’t have to be a barrier to getting in the best shape of your life.

UP’s world-leading personal trainers are skilled at operating around most injuries safely and effectively to deliver exceptional results… and Lindsey was no different.

The 29-year-old had suffered two herniated discs and was advised by her doctor not to train without guidance from trained fitness professionals, to stop the injury becoming aggravated.

But UP’s expert personal trainers were able to design a programme that not only allowed her to train pain- and problem-free, but actually made her stronger and able to perform exercises safely and correctly.

With her adapted training programme and a carefully-crafted nutrition plan, Lindsey was able to get in amazing shape in just six weeks.

Her personal trainer Nathan Johnson, who has a degree in rehabilitation and was formerly a professional rugby physio, explains how UP helped her overcome her prolapsed discs and get the physique she wanted. 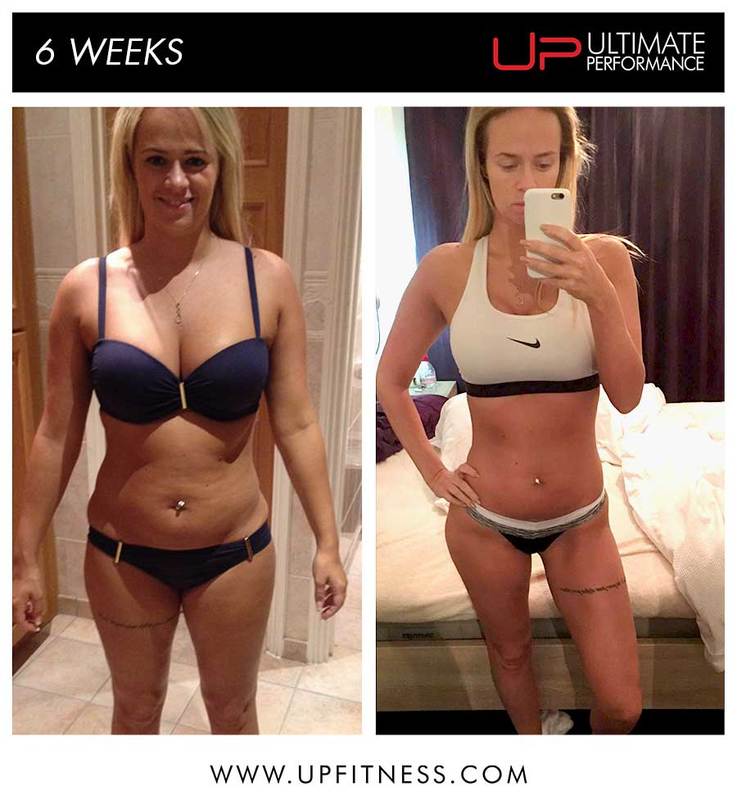 What was Lindsey like health-wise when she came to UP?

She was overcoming two disc herniations. So she came in with pain. She came in and didn’t think she could do a lot because of ‘X, Y and Z’. But my background is that I used to be a physio for a rugby team, and my degree is in rehabilitation, so it was the perfect fit.

So we basically worked around it and she never had a problem or pain with her back during the whole six weeks.

Can injury be a big stumbling block for people coming in to train at UP?

She had been told not to train and she was really worried about training on her own – she was going on the treadmill and keeping it very light.

But I got her doing a whole resistance strength programme in the gym – she did all the exercises that I prescribed, and she never had a single issue.

Is it important to get the movements correct and have someone like yourself, who is a professional, in dealing with clients with injuries?

You have to have a critical eye. If that person can’t do that exercise for any reason, even if it’s that they’ve got toe pain, you as a trainer have to find an alternative method – whether it’s the same exercise, but just doing it differently, or a completely different exercise.

So on the first day, we tried out a whole range of exercises – more that I would with a regular client – just to see what she could do and how far she could safely push herself.

Did you have to create an individualised plan?

In terms of exercises, it was all based on her range of motion and her flexibility, and the ability to get into these positions.

So she performed split squats and she did movements that didn’t really load her like back squats or deadlifts do.

We did one deadlift variation, but we didn’t do that much of that.

I kept it quite simple. It wasn’t anything drastically different to a regular client, but it was the way I set her up and changed the exercise tempo.

For someone normal who doesn’t have any issues, you’d probably do three seconds on the way down and one second up on each rep.

But with Lindsey I wanted to ensure she was engaging the right muscles, so I did three seconds down with a two-second pause at the bottom of each rep. With that pause she can make sure she’s in the right position, learn what that position is about, and then come out of that position with the right muscles working, rather than her back taking over.

Is this a big problem for people with back injuries – when their back takes over in a certain exercise where it shouldn’t?

For many people this is their compensatory mechanism – so if your legs aren’t working, then often this (your back) is what works and takes over, unfortunately, and it’s often an area that’s already damaged.

What diet changes did you have to make?

She didn’t think she ate much, but what she was eating was actually very vast in calories.

So we put her on four very nutrient-based meals – but they were low calories.

She started on fewer calories with a little bit of dark chocolate on top of her meals – because she loved chocolate.

I didn’t want to lose her on the diet, so she had a bit of dark chocolate and yoghurt before bed.

Then I added more cardio towards the end of the six weeks and that got her to where she was with her result.

What made her transformation so quick and so successful?

I think it was the simple fact, it was her accountability. She travelled in from Milton Keynes, which was two hours away from the gym. Two hours.

That’s where it was made – because she was putting in so much effort.

She realised she wasn’t different to anyone else; she could train, she could work hard.

If Lindsey’s story has inspired you to make the first step on your transformation journey and get in the shape of your life, speak to us about our UP Personal Training plans.

If you don’t live near a UP gym you can still get in the best shape of your life with one of our UP Online Personal Training plans from anywhere in the world.