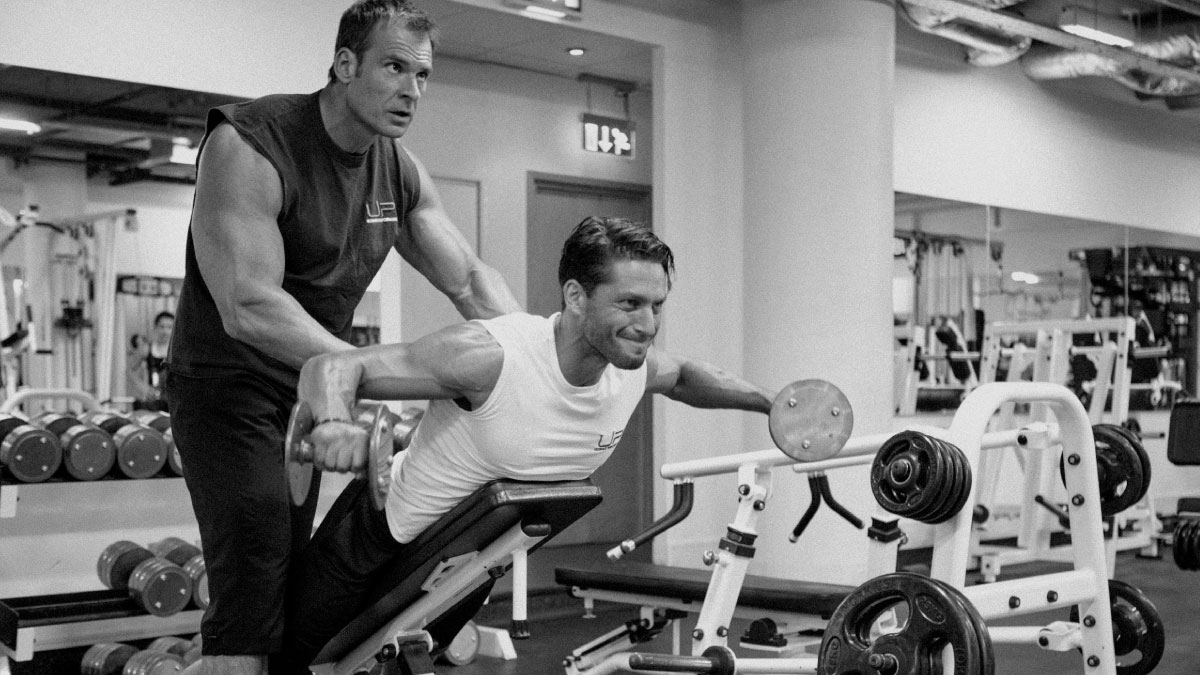 What The Gym Means To Me – Nick Mitchell

It has been over a year now since all U.P. gyms in the nine countries in which we operate have been open all at the same time.

We’re still not out of the woods because the Netherlands currently has no real visibility on when their hard lockdown will be curtailed, but Monday April 12th marked what I hope will be the real end of the gym shutdowns for all of us at U.P., as well as the wider UK gym industry.

We are operational, albeit with limitations, in eight out of nine regions and finally, it feels like the oft-promised return to normality is close to hand.

It’s been a tough year for all of us, but for those associated with the fitness industry, it has been especially challenging, arguably second only to the nightclub and live events sectors.

Not only have we had our ability to feed our families stripped from us, but we have also had our lifeline, our coping mechanism, and our anchor ripped away and our use of it criminalized.

I personally know of four people associated with the UK fitness industry who have killed themselves in the past nine months. That’s four more than in the previous dozen years. Speaking to friends in the business, this number is just the tip of the iceberg.

The gym means a whole lot more to many of us than a lot of people would ever believe.

The gym is not simply a physical space where you stick a bunch of weights and some changing rooms.

The gym, when it is done well, is an escape. It is a place to lose yourself in your own unique version of combative meditation.

The gym is a great leveller where it’s very rarely about how much you lift, but about how you as an individual choose to push yourself. It’s a highly unusual mix of lone endeavour and camaraderie at a shared purpose.

We don’t just use the gym to hone our physiques and cardiovascular systems, we use the gym to be around like-minded people who share our passion for self-improvement – this is, after all, the fundamental reason for the gym.

We use the gym to let off steam, to finally have a place of our own where we can be physically unfettered and take every frustration, rage, and paroxysm of nervous energy and turn them all into an endorphin high that calms the soul. Something that just perhaps we might have found helpful during the last 12 months.

I’ve been lucky because I’ve had a little garage gym to work out in. I don’t think it literally saved my life, but I had many days when it felt like it. I’m not sure what (legal, I was in California for the majority of the time) marijuana and food coma I’d have had to sedate myself into in order to get through the stress if I hadn’t been able to take it all out in my home gym.

I know that if you’ve never had a proper exercise session, in the gym or elsewhere, this won’t mean much to you.

Look at how bewildered our British politicians were when they were forced to debate on gyms being “essential services”. If I recall correctly, there were about 1.5 million signatures on that petition and thousands of emails sent to elected representatives. They did sit up and take notice, but the damage was already done – they had reopened pubs before gyms after the first lockdown, something that I personally will never forgive.

In the UK, we have had “Eat Out to Help Out” (government-subsidized restaurant dining) and a halving of the sales tax for hospitality. For the fitness sector, we have had absolutely nothing but platitudes and pointless hand-wringing.

I’ll steer clear of fully expressing the bewilderment that I feel at these “policies”, suffice to say that everyone whose life is touched by the gym has suffered because the fitness industry (globally) is still too immature, underfunded, and fragmented to have a lobbying voice. I’d love for this to change and for a high-profile political champion to come along and understand the groundswell of support this would generate, but alas there are far more fashionable (i.e. media-worthy) causes to help bolster their political careers.

Some will say that “the gym is dead”. I have spent the last 12 months investing in technology for virtual training and know this is one new and positive aspect that is here to stay, but the idea that people no longer need gyms is beyond laughable. At U.P. we’re seeing clients we’ve not heard from in a decade come out of the woodwork and sign back up because being shut away for so long has taught them what they are missing. Across the world, I’m hearing the same thing from industry colleagues.

The new world of fitness will be more virtual than ever, but it will co-exist alongside gyms and, in the long run, I want to believe that Covid-19 will have moved society one step closer to embracing healthier lifestyles, something that will benefit everyone in the fitness industry, the industry’s customers specifically, and society at large.

As for what should happen if the unthinkable returns and we’re thrust into another pandemic, I’m not for one second saying “gyms should stay open at the expense of every other business”, but I am asking for recognition of the unique value they bring. It is something that no politician or journalist appears to have recognized, so if they won’t help us, we need to help ourselves and sing it from the rooftops.