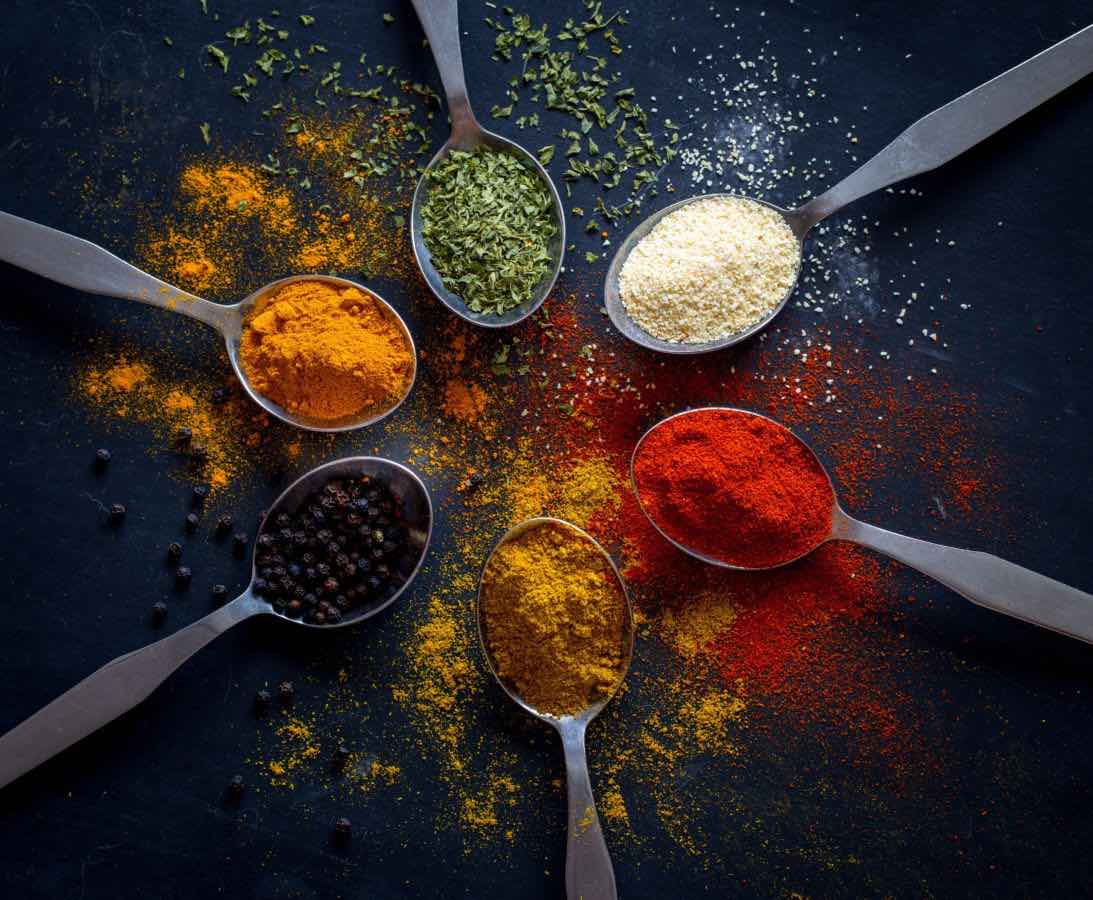 Top 3 Spices You Need to Include in Your Diet

Herbs and spices have been used by many cultures for thousands of years for both culinary and health purposes.

Centuries before supplements became a billion pound industry, the spice trade was so valuable that it fuelled many economies. Its value wasn’t solely derived from its ability to bring flavour and taste to food. Instead, it lied in the ability to solve a wide variety of ailments and improve the quality of life.

In today’s society, spices are generally overlooked, with most consumers now resorting to supplements and bland food.

This article is aimed at highlighting the benefits of three spices we believe everyone should be adding into their daily diets: cinnamon, ginger and turmeric.

Whilst they all boast a myriad of health benefits, we’ll look at the reasons why adding these will ultimately improve both your health and physique. 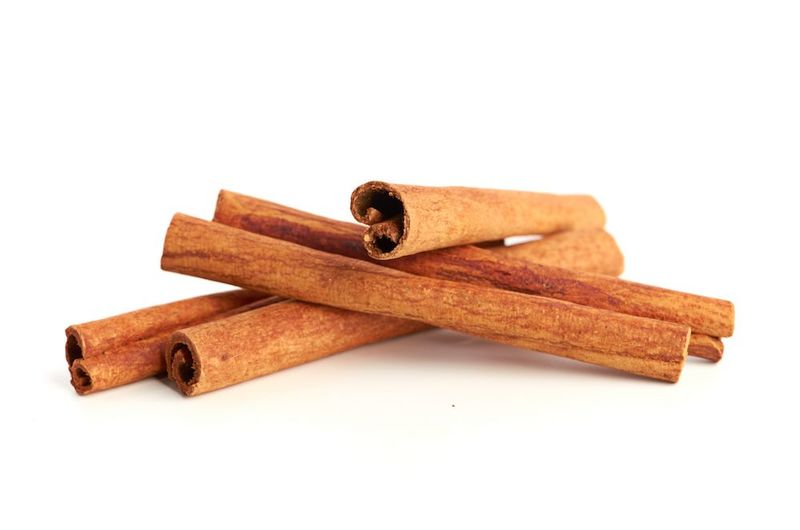 Cinnamon is a spice that comes from the inner bark of a tropical evergreen tree known as Cinnamomum.

There are two types of cinnamon:

Both have benefits but it’s best to opt for the ‘true’ Ceylon cinnamon powder, which contains significantly fewer amounts of coumarin – a liver toxin which can be harmful in large dosages (and is more available in Cassia cinnamon).

Perhaps cinnamon’s best application for us is its uncanny ability to moderate blood sugar, which seems to be down to an active ingredient called methyl hydroxy chalcone polymer, or MHCP. This compound mimics insulin function, by increasing glucose uptake and signalling glycogen conversion. (Jarvill-Taylor, Anderson, & Graves, 2001).

Its ‘anti-diabetic’ effect can also be seen through its ability to decrease the amount of glucose that enters the bloodstream after a meal, through the inhibition of digestive enzymes involved in carbohydrate breakdown.

Evidence seems to point to anywhere from 1 to 6 grammes a day taken with carbohydrate meals for optimal usage.

To get this, sprinkling it on top of your oatmeal or sweet potatoes works really well, and tastes nice. The other popular alternative is making cinnamon tea, which has the added benefit of reducing the coumarin content (as it’s left behind as sediment).

In Jonny Bowden’s excellent book, ‘The 150 Healthiest Foods on Earth’ (Bowden, 2007), he recommends the following to improve type 2 diabetes.

Even if you don’t have diabetes, cinnamon is still worth considering.

If your goal is muscle gain, the better your insulin sensitivity and nutrient partitioning, the higher your chance of adding new muscle tissue. 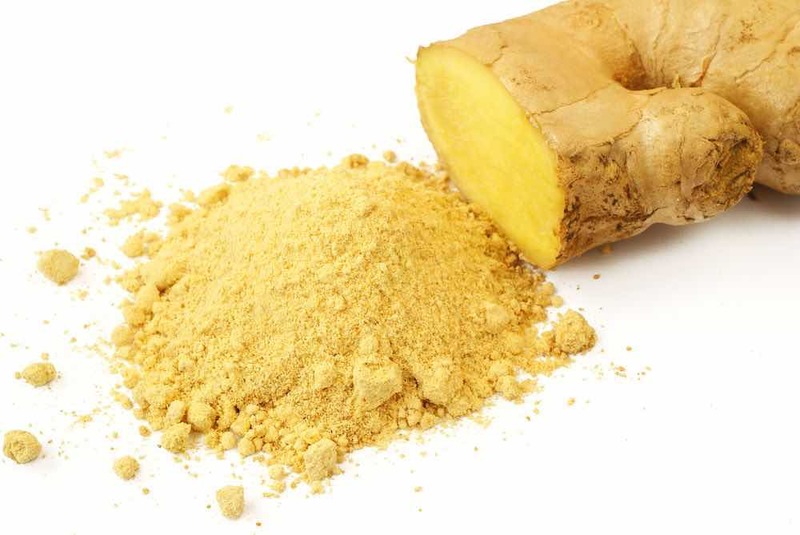 In traditional Indian medicine, ginger is known as the ‘universal cure’. This plant is loaded with nutrients and compounds that provide a host of health benefits for your body.

The part of the plant used as the spice is called the rhizome, which is the underground part of the stem that sprouts the roots. Within this, the compound most responsible for its benefits is called gingerol.

According to Examine.com, the most robust research surrounding ginger so far is its relief on nausea symptoms and improving digestive health.

When we consider the profile of many of our clients who first come to see us, this is important.

Years of bad food habits can make the digestive engine run slow, with many clients suffering from indigestion and bloating. Ginger can help with gastric emptying, and provide digestive relief. A simple way to implement this is to drink a cup of warm ginger tea after your meal or use it in your cooking.

The mechanism by which this works is through the inhibition of cyclooxygenase (COX) and lipoxygenase (LOX) (enzymes involved in the formation of inflammatory compounds). Non-steroidal anti-inflammatory drugs (NSAIDs) like aspirin and ibuprofen work in a similar fashion, except they only act on COX, whereas ginger suppresses both COX and LOX (Grzanna, Lindmark, & Frondoza, 2005).

As a result, it can help modulate inflammation at the site, and provide some form of pain relief.

In addition to their anti-inflammatory effects, ginger is also anti-bacterial, explaining why many Eastern cultures in particular still encourage ginger root tea when you’re feeling ‘under the weather’.

If you’ve ever had an Indian curry, you’ve tried turmeric. Turmeric is the spice which gives curry its yellow colour and distinctive flavour. 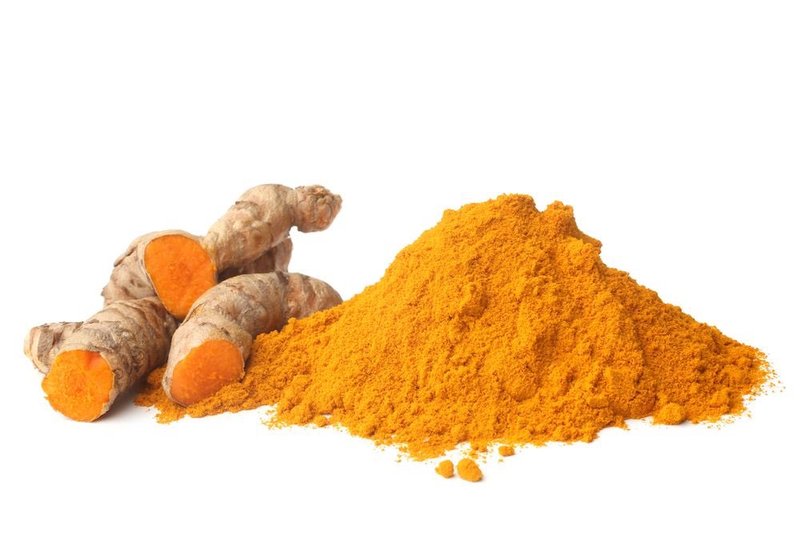 The golden spice has been used for thousands of years in Asia as a dye and for medicinal purposes.

The medicinal benefits turmeric boast stem from a family of compounds called curcuminoids, of which the most important and heavily researched is curcumin.

This small molecule has the ability to exert potent anti-inflammatory effects on the body, which is why turmeric is traditionally used in Asia to alleviate symptoms of muscle and joint pain. Like ginger, the anti-inflammatory benefits come without any side effects that typical over the counter medicinal reliefs tend to have.

To accomplish this, curcumin attacks inflammation at a molecular level at various steps of the pathway. Particularly, it has a strong effect on NF-kB, a molecule which has been considered the ‘holy grail’ for new anti-inflammatory drugs to target, due to its ability to travel into cells and turn on pro-inflammatory genes (Sikora, Scapagnini, & Barbagallo, 2010).

Curcumin’s role on inflammation is complicated and very in-depth. For the simplicity of this article, the key takeaway is that curcumin and turmeric have a strong impact on inflammatory conditions or disease states.

The body’s most powerful antioxidant is glutathione. It’s a peptide containing three amino acids that every cell in our body produces, with vitally important roles in immune function, oxidative stress, cancer prevention and detoxification.

The good news about curcumin is that it acts a double agent. Not only is it a strong antioxidant, but it can also increase the activity of the body’s own antioxidants, such as glutathione.

There is a growing amount of research now being done on curcumin for both cancer prevention and treatment, due to its anti-tumour effect. Although much of the research so far has been done on mice, it’s still promising for possible future human treatments.

Due to its benefits on many of the ailments that affect older populations, curcumin is extremely popular as an anti-ageing supplement.

Anything that can slow down chronic inflammation and oxidation, two processes which have been proven to accelerate ageing, is a must have in your cupboard.

Curcumin has a poor absorption rate from the intestines into the bloodstream, meaning if you are consuming curcumin for systemic benefits, very little will actually be put to good use.

If you are using it as a colon anti-inflammatory or digestive aid (as which it acts very well!) there’s no need for these enhancements.

Another important factor to consider is that curcumin/turmeric are fat soluble, meaning they require some fat to in order make it past the stomach and into the small intestine and bloodstream.

This has been known for years in traditional medicine. In fact, an ancient way of experiencing the benefits of turmeric, known as Golden Milk, has made a recent resurgence into the mainstream as ‘Turmeric Latte’.

The benefits of spices like cinnamon, ginger and turmeric are vast. For anyone interested in improving their physique and by default, their health, including these are a must.

The easiest way to incorporate them is by sprinkling them on top of your foods. However, this doesn’t mean cinnamon flavoured buns and ginger biscuits suddenly become superfoods! Use the spices as nature intended, and you’ll reap the rewards.

As the benefits of these spices are becoming well known now, the supplemental form has become more popular for practitioners wanting to provide stronger, potentially more effective dosages.

This is especially the case for curcumin, with the best health benefits coming at dosages tough to reach with just turmeric. However, given that over a 100 compounds have been isolated from turmeric, many health experts state that turmeric has benefits that extend beyond just its curcumin content.