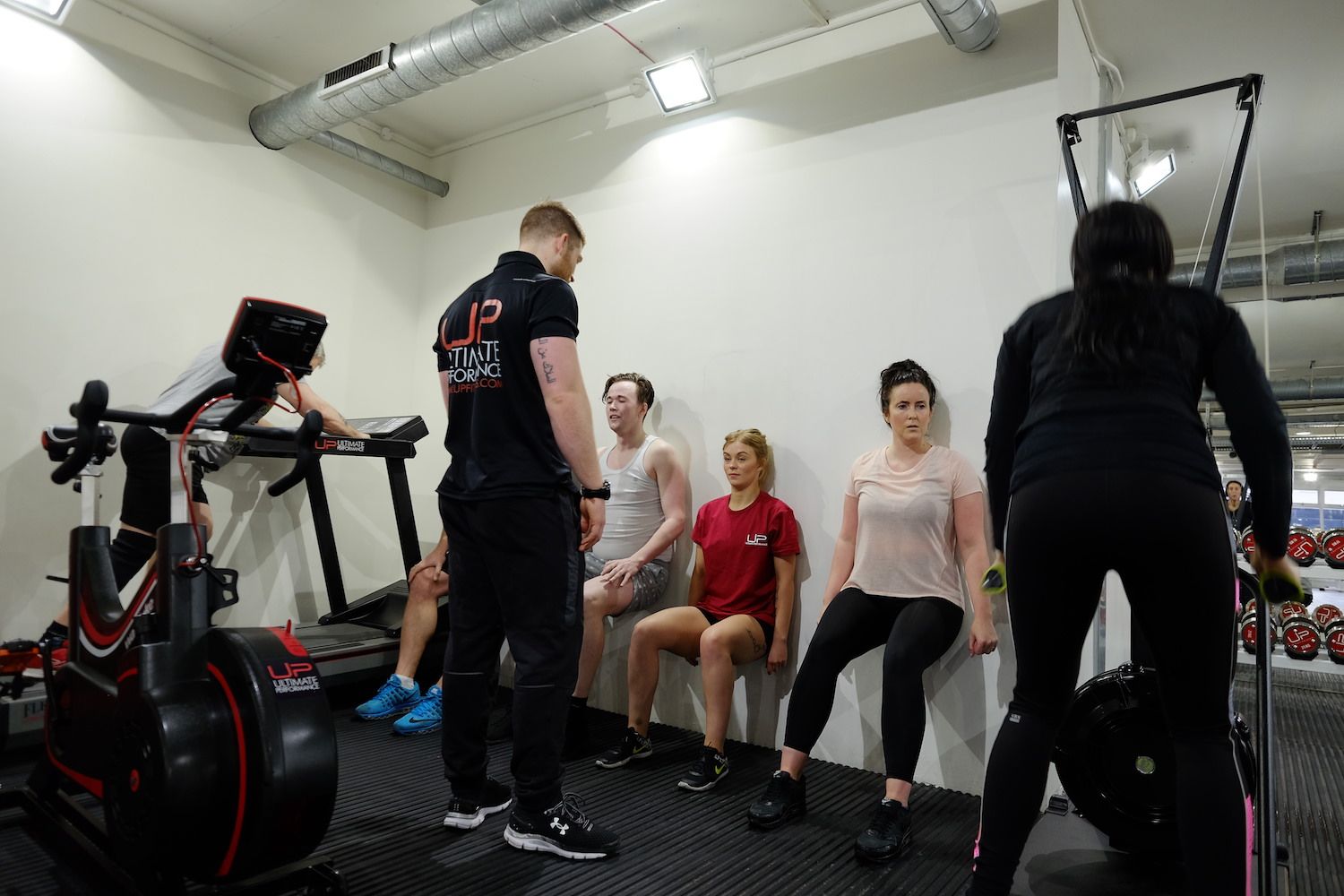 The Differences Between Training Men & Women

Are there differences between training men and women?

I know that many of you correctly believe that most women in the mainstream should train more like men and ditch the treadmill and some of the zumba classes for resistance training sessions, and you would be right. But something that many laypeople miss out on, and it is in fact the one thing that makes resistance training arguably the best overall exercise modality available to us, is the sheer adaptability of weight training to fit our very specific goals.

Training for muscle building, relative strength, functional hypertrophy, endurance, fat loss, and rehabilitation all demand that we use different variables in tempo, weight selection, rest intervals, time under tension, and repetitions to name but five. A good trainee should always consider every factor when constructing a program because after all anything less isn’t a program at all but merely a series of exercises.

I put a small post up on Facebook recently saying that I believe that women who are using weight training for aesthetic considerations need to train slightly differently than their male counterparts. As usual with social media this was met with howls of protest. To each their own of course, but there are not many women out there whose goal physiques have exact male equivalents. Women tend to want to steer clear of thick trapezius muscles, beefed up vastus medialis (a typical speed skater’s “look” where the muscle over the knee cap is more heavily developed doesn’t appeal to most women who, if they like muscle, tend to prefer the sweeps and lines that the vastus lateralis – outer thigh – will give), and well developed obliques. I am of course generalising here but as a Personal Trainer I can categorically say that most female clients will not be happy at all if you make their skinny jeans tighter on the thighs!

Someone who I think is super smart with her training approach is IFBB Bikini Pro Michelle Brannan. She would be the first to tell you that she trains purely for the aesthetic and she is constantly analysing her weak points in an effort to bring the ideal package to the contest stage. For example, like most women she is quad dominant so everything she does when training her upper legs is designed to take out the quads and bring in the hamstrings and glutes. One look at her will tell you that Michelle knows what she is doing as some of her shots are truly sensational. 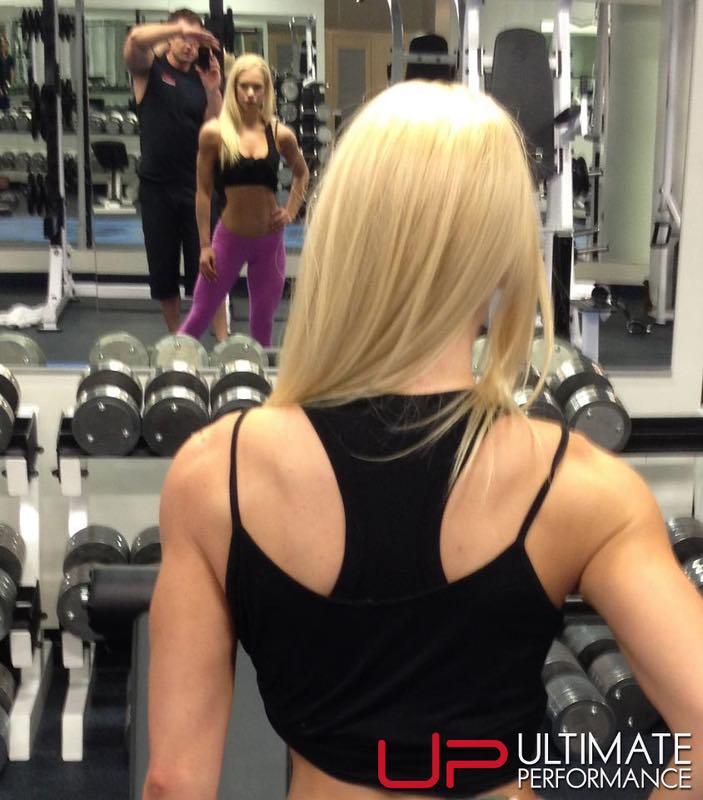 IFBB Bikini Pro Michelle Brannan after a workout with me at UP Mayfair.

There are numerous other female specific factors to address when constructing a training program, such as the fact that women oxidise fatty acids for energy better than men (who are more likely to oxidise BCAAs than women) and women, once they get into the right headspace for “hard training”, can very often outdo men when it comes to maintaining a high work capacity and perceived level of exertion. To deal with all of these is way beyond the scope of this small piece so instead I will borrow the words of UP Personal Training Mentor Justin Maguire and share one of his thoughts on the differences between training men and women:

“The biggest factor to consider in the differences between training men and women is the homeostatic regulation of androgens that differ from men to women.

When men either train for intensity (receptor sensitising) or volume (free testosterone release) muscle alterations generally occur due to androgens.

Whilst women may have slight androgen change they experience a greater Human Growth Hormone (HGH) release than men during volume training as the ability to handle hydrogen ions accumulation is more effective. As such physiological change is more readily seen through lactate training.

Therefore when training a women to lose body fat one needs to factor in considerably lower rest periods and higher tension times.”

These are intelligent thoughts from Justin that should make us all pause to think that one size never fits all when it comes to developing optimal training routines. For me the jury is still out on some of the hormonal effects of training – the research is a very mixed bag and is starting to look like the impact of exercise induced increases in testosterone have negligible physiological impact. However, when in doubt look at the results – rather than beat the UP banner here and point you to all our “female weight loss” results why not just take a look at CrossFit that incorporates the lower rest periods and higher tension times that Justin is referring to. Like most serious Personal Trainers I have huge reservations about the way most CrossFit is conducted, but it does seem to work much better for females than for males, with the oft-quoted saying that “CrossFit makes guys skinny and girls hot” having just a kernel of truth to it. Of course, CrossFit is nothing new, you probably did circuit training at school and at heart it is just that packaged up in a nice new catchy way. It also throws everyone into the same training routines with minimal room for the indvidualisation I hope that we have conveyed is necessary for the most effective routines to work properly. 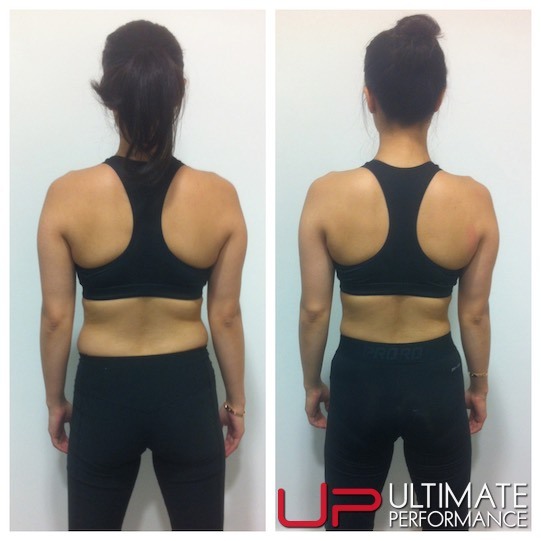 Here is a short 4 week snapshot of what we commonly do with female fat loss clients at UP. We train women as hard as we train men, but there are differences in our thinking and approaches.

To sum up, I’d like you to remember that there ARE difference between training men and women and these should always be taken into account, but when it comes down to it the most important thing is to just get into the gym, save the Zumba classes for a bit of fun, and start lifting weights with effort, pace and intensity.