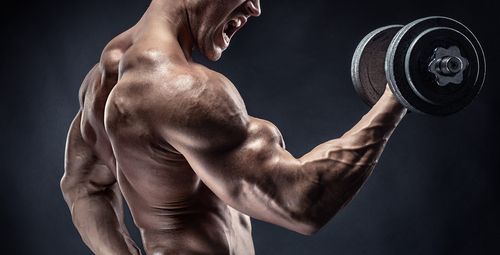 I’d hate to be WBFF star “JDB” right now (if you don’t know him there’s no need to out him further…if you do, well it is all over social media right now and he is reaping what he has sowed).

This “muscle model” (I’m not taking the micky, this is really what they are called) has a superlative physique, so much so that even I was aware of his name and I really don’t follow the WBFF and any of its OTT social media legends at all. The kindest thing I can say is that it just is not aimed or marketed at someone like me.

With a great physique doesn’t always come a great brain, but there’s usually a solid work ethic. Mark that double for the Dutch South African stock that I assume he comes from. In my experience, South Africans have always been very hard workers.

It seems that the woefully misguided JDB has been caught plagiarising the work of John Meadows and selling Meadows’ programs as his own. Which isn’t just outright dishonest, but also so lazy and dumb that words fail me. It is all too easy to “get away” with ripping someone’s plan just by tweaking exercise selection. It is still very much blurring the lines of ethics, but it won’t be illegal.

I don’t really want to single one man out in an industry that is rife with this problem, but he’s the most recent high-profile incident of a combined hat trick of laziness, stupidity and dishonesty.

I know of so many cases of what we can loosely call fitness industry content theft that many of you would be shocked. The book put out by “AC” with no reference to the mounds of lifted Lyle Mcdonald work is the worst example that I have seen (AC did the same to Ian King too), but every day we now hear of some online coach/guru being caught out. I’ve suffered it as much as anybody, which is probably the reason I’m motivated to write today, and have even had the UP Personal Training website cloned no less that three times by idiots without even the brains/work ethic to paraphrase/reword me. Amazingly enough one fool down Exeter way who was caught out (because they were so stupid as to leave the name of my business within their website copy that was an amateur attempt at cloning part of our site) tries to deny it and never apologised, but these things never leave you and he will be haunted by it should he ever leave his tiny fiefdom.

I do of course also own what might be the world’s most ripped off-set of transformation photos. So ripped off in fact, that not just your common or garden trainer passes it off as his own, but even one of the most well known American “gurus”/trainers in the world. Apparently, he thought it was someone who had done his free online program off bodybuilding.com…you can make up your mind as to whether you believe that: 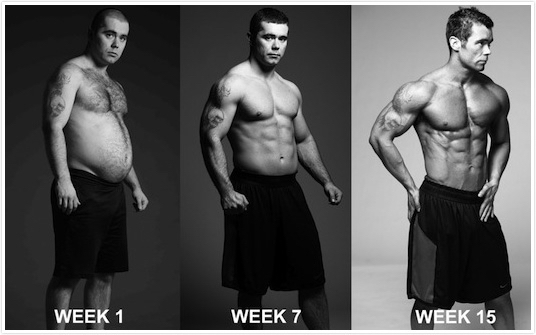 Ethics in the fitness industry: what’s the moral of the story here?

1. Do your research before parting with any money, and trust those with real life, bricks and mortar businesses more than those who can hide behind the smoke and mirrors of the internet. This, of course is no guarantee of quality but I’d argue that it helps.

2. The fitness industry is still a relatively small world and online reputations can be lost in a second. So tread carefully and remember that emulating and being inspired by someone’s work (which we all have done) is a world away from the dishonesty of passing off another’s work as your own.

If you think a plan/article/program that you have written owes homage to one man then pay that homage and credit them. You’ll be doing yourself a favour because reference to a third party/credible source will make you look like you’ve done your homework, you’ll be paying it back to the person who inspired you (who may see your reference and be grateful – always a good thing in business), and you’ll have the satisfaction of being an honest and decent person.  Something that seems to be sorely lacking in the current “every man for himself” environment of the fitness industry.

It is time for a change!