Back
Enquire now
Search
Home > Food & Nutrition > Is a Food Intolerance Holding Back Your Physique? 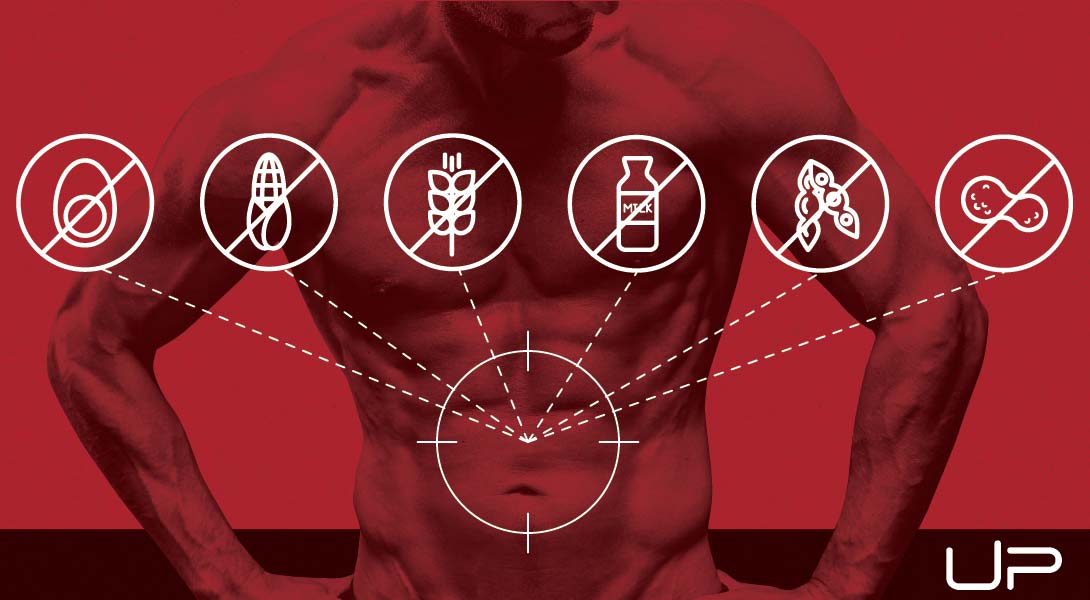 Is a Food Intolerance Holding Back Your Physique?

Gluten-free, dairy-free, egg-free – everything-free!  Is the health industry getting out of hand?

Are you being suckered into just another fad diet? Are food intolerances and sensitivities just a trendy thing to follow, or could certain foods really be affecting your health and weight?

What is a food intolerance?

An intolerance is caused by the body’s inability to process a certain food, which can be caused by several different problems, such as an enzyme deficiency or damage to the lining of the gut.  Symptoms include but are not limited to: bloating; abdominal pain; joint issues; asthma; inconsistent bowel movements; constipation; lethargy; lack of focus or diarrhoea.

The severity of the issue can be on a sliding scale, with some people having worse symptoms than others.

Why is it a problem?

If your body fails to process certain foods correctly, it could cause some or all the symptoms mentioned above (which obviously aren’t great fun). However, these will also impact the body’s ability to lose weight.  Food intolerances can lead to increased inflammation, high cortisol levels, fluctuations in blood sugar, gut issues and problems with immune function.

Ultimately this will lead to fat storage, difficulty losing weight and poor health.  It is also associated with increased fat storage around the abdominal area.  Food intolerances cause system-wide inflammation, and inflammation prevents the body from effectively losing body fat. Ultimately food intolerances are a serious stressor to our bodies.  To learn more about how stress of all kinds can affect your results, check out our article on stress. 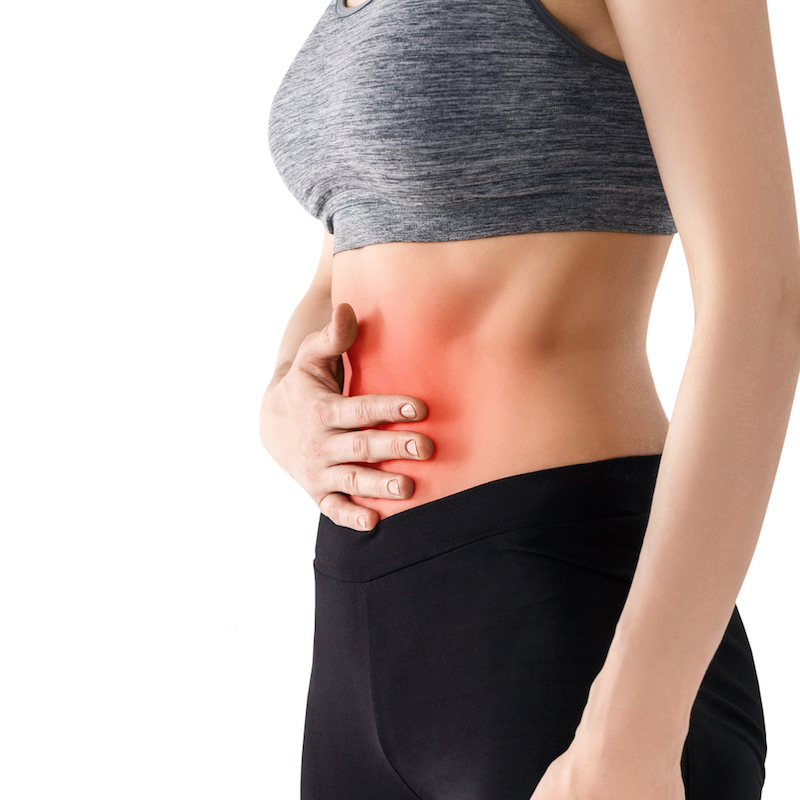 Food intolerance is a sliding scale.  You aren’t just intolerant or not intolerant.  You can have different levels of severity.  If you have a mild intolerance, you may not notice any major symptoms (or just don’t associate those symptoms with certain foods), but this will still impact on your results from your training.  It is important to find out if you are on the scale, even if that is at the mild end.  If not, it will affect how well you burn fat.

Of course, it’s not just about being in great shape.  Anyone who knows they have a food intolerance will tell you how horrendous it makes you feel when you consume a specific food.  Yes, it’s about staying lean and healthy, but it can also be the difference between you feeling happy and energetic or uncomfortable and lethargic.

Do I Have a Food Intolerance?

Hopefully, by now you’re convinced that food intolerances are bad – I doubt that required much convincing.  However, the question remains: is this something I need to be worried about or does this just affect a small proportion of the population?  Well first, it has been estimated that up to three-quarters of the world’s population has a food intolerance of some kind – at least somewhere on that scale we talked about.  So, it’s reasonably likely you could have a food intolerance.  It’s important to find out if you do.

So, what are the options to find out if you have a food intolerance? There are a few, but honestly, the gold standard would be a modified elimination diet.  It will take time and diligence on your part, but it’s free, easy to do (in principle) and will result in a long-term understanding of your body. 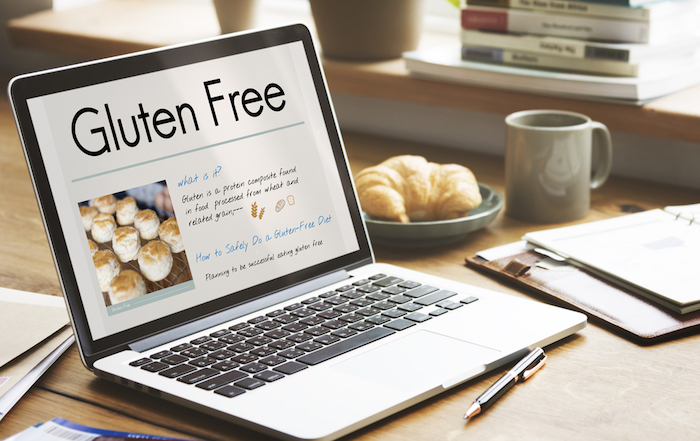 There are several variations of the modified elimination diet, and different practitioners may use a variety of approaches to the diet.  However, the central principle of a modified elimination diet is always this: avoid foods which you may be intolerant to for a period of time.  That generally means avoiding gluten, grains, nuts, eggs, dairy and fruit.  Then re-introduce those foods to gauge tolerance.

Here’s how to test for a food intolerance with a modified elimination diet:

1. Keep a symptoms diary for one week while maintaining your current diet.  Write down everything that doesn’t seem right, even if you think it unrelated.  Everything from blocked nose, rashes and joint pain to the more obvious stuff like stomach pain, bloating and gas.  This is your baseline to judge improvements.

2. Now remove all the foods mentioned above from your diet (gluten, grains, nuts, eggs, dairy and fruit).  Your diet will probably consist mainly of meat, fish and vegetables.  Do this for two weeks.

3. During the two weeks keep a symptoms diary.  If symptoms improve from your baseline, then you’ve probably removed a food intolerance or two from your diet.  You may experience worsening of symptoms for the first seven days before improvements occur. This can be due to disruption of the balance of bacteria in the gut.

4. Now comes the “challenge” phase. You will start to re-introduce foods that you have removed from your diet, one by one.  For example, after your two weeks, start introducing a small amount of milk back into the diet.  If symptoms had improved and now return, you are likely to be intolerant to that food.  The severity of the symptoms, in reaction to the amount of food, will give you an indication of the level of intolerance.  Remember the sliding scale.  Either way, if you react badly, you should not re-introduce that food into your diet for at least another eight weeks.  If you felt okay with a small amount of milk, add a little more each day.  You may find that your body can handle a certain amount of milk, but not a lot.

5. Do this “challenge” phase with each food group you want to test.  If in doubt, don’t just check entire food groups – check individual foods.  For example, introduce milk rather than all forms of dairy.  Some people find they can tolerate cheese, but not milk; or milk, but not yoghurt, etc.  Allow at least three days of eating the re-introduced food to judge your body’s reaction.  Again, if you react negatively, remove this food for at least eight weeks before trying to re-introduce it.

6. Once you have tested the body with each food you removed, you should now know which foods you have an intolerance to, if any.  If you had issues with a certain food, remove it for eight to 12 weeks before trying to re-introduce that food in small amounts again. Sometimes giving the body a break from a certain food allows the body time to repair itself and deal with it better in the future.  If you react poorly a second time, remove that food for at least six months.

Any foods causing unpleasant symptoms will obviously not be foods that you want to be eating (from a comfort standpoint) but also from a weight loss perspective. 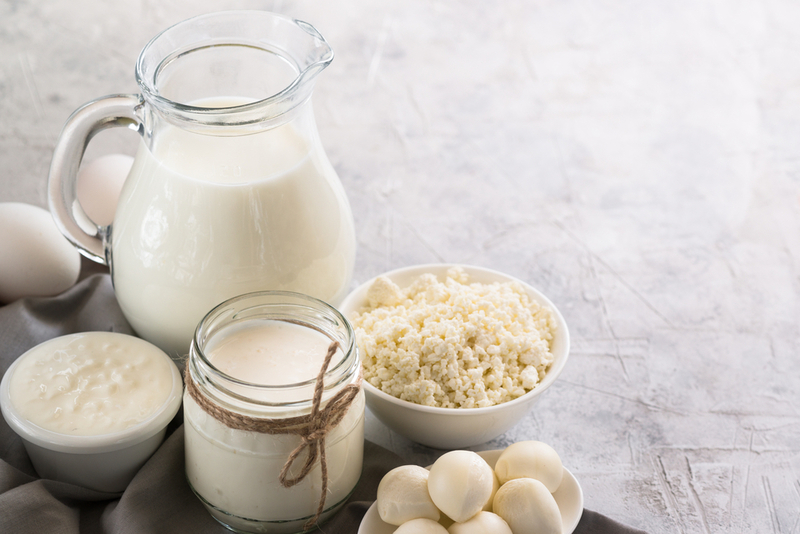 If you eat those foods, you will never be in great shape.  Let’s be clear on one point: just because you have some of the symptoms described here, doesn’t automatically mean you have a gluten or lactose intolerance.  You can only know if you have a specific food intolerance by doing an elimination diet – otherwise, the symptoms could be being caused by anything.  Bloating doesn’t automatically mean gluten intolerance.  You must test it.

Don’t just follow a gluten-free diet (or other) just because your friend is, or someone told you that your symptoms are caused by X or Y food. Learn what works for your body and you’ll be leaner and in better shape than ever before.

We have no magic diet here at UP to get the results we get; everyone’s diet is individual to their body, their lifestyle and their goals. It’s about hard work, making progressive improvements and monitoring results – day in and day out.  Only with a constantly evolving process (no cookie cutter diets) will you learn what you need to do to have optimal health and body composition.