How to Use Tempo in Your Workout for Maximum Gains

You will have seen us reference “tempo” in our articles and videos. But tempo is important enough to deserve its own guide.

Tempo refers to the speed of one repetition of an exercise.

How is it written?

Tempo is generally written with four numbers.  For example, 3010 or 4110.  If you’ve not seen this before, then it will look like a mysterious code.  If you’ve used tempo before but never seen it written, then it may also be confusing.  We’ll get onto explaining that below. 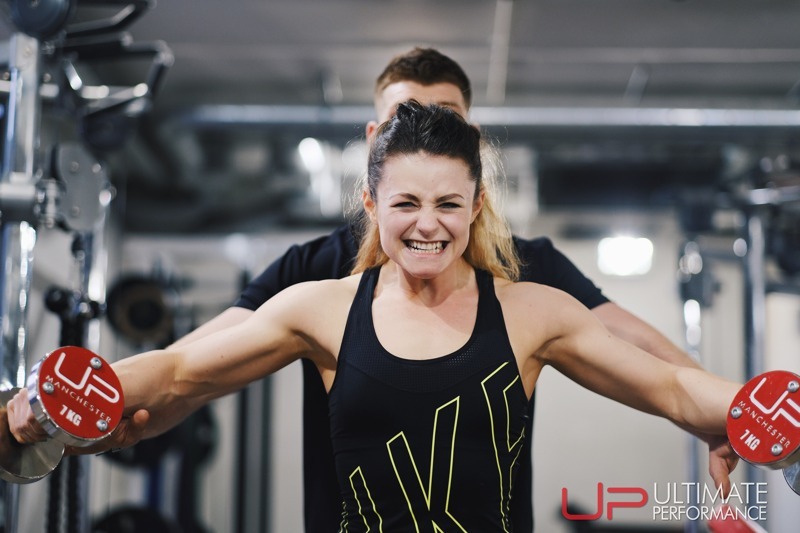 If you want help getting in the best shape of your life, see how our world-class Personal Training Plans can help you reach your goals in the shortest time possible.

Why is it so important?

For example, performing 10 repetitions of a dumbbell chest press but only taking 20 seconds to do that would change your result compared with taking 60 seconds to perform the exact same number of repetitions.

If you want to build muscle, the optimal time under tension would be 40 to 90 seconds. If you perform your 10 chest presses in 20 seconds rather than 60, you will be getting a poor training stimulus for hypertrophy.  Therefore you NEED to know your tempo for each rep.

Tempo also lets you keep tension on the strongest part of the lift (the lowering phase) for longer.  This is the phase when most trauma is done to the muscle, which will result in greater muscle gains.  In addition, tempo can also reduce momentum or isolate certain sections of a lift that need more work, helping you overcome sticking points.  For these reasons and many more, tempo is probably one of the most important but most forgotten workout variables.  Without tempo, you are not fully in control of the results you will get from training.

Let’s break down how tempo is written in numbers.  Each number of the sequence refers to one full second.

However, the tempo would still be written 3010 where the 3 refers to the time taken to lower the weight back to the floor. Remember, that should be three full seconds, not a rushed count of three.

The second number refers to any pauses taken after the lowering phase of the exercise.  For example, on a bench press that would tell you if you were going to pause on the chest or not.

This number refers to the actual lift portion of an exercise.  On a squat, this would be once you’ve reached the lowest part of your squat and are now standing back up.  If the third number is an X, then it means ‘explosive’.  You must perform that lift as fast as humanly possible.  With a heavy load, that might be quite slow, but your intention is still to move the weight quickly.

This number refers to any pause after you have performed your lifting phase.  If you performed a hamstring curl this would tell you how long you are going to pause with the heel pulled right in towards the hamstring.

Here are some practical examples…

In this example, the first number is 5 which means you would lower your weight down into the bottom position of your squat over five seconds.  At that point, you wouldn’t pause because the second number is zero.  You would then lift quickly because the third number is a 1.  Finally, there should be no pause between you reaching the top of the squat and you going back down into your five-second lowering phase.  How many people do you actually see do that at the top of a squat?  How many sit at the top and take a few breaths?  That isn’t a 5010 tempo.  That would be a 5015 tempo (which will rarely be the prescribed tempo).

On a hamstring curl you start with the legs extended, rather than curled in, so you will ‘lift’ first.  However, the tempo is still written with the lowering phase first.  In this example, you would curl the legs in as fast as possible (explosively – the third number), hold at the top for two seconds (the fourth number), then lower back down until the legs are straight over four seconds (the first number) and finally not pause (the second number) before lifting again. 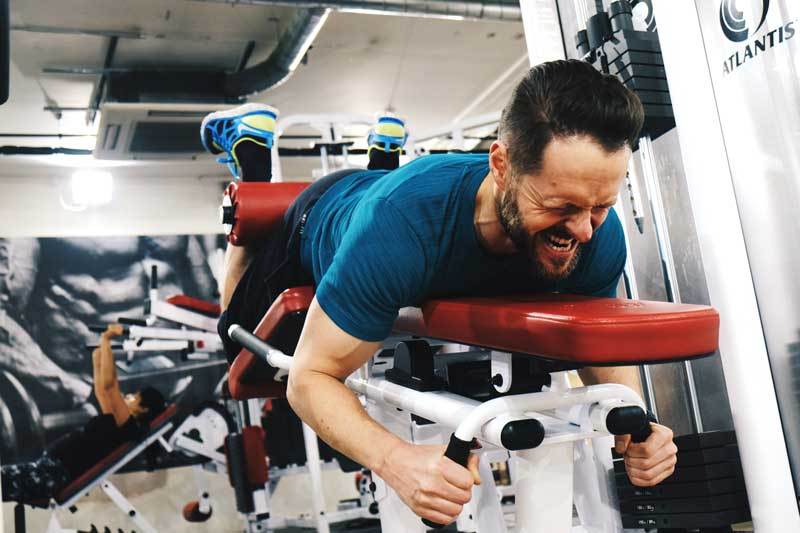 You can start a dumbbell bench press at either the bottom or the top, depending on how you set up.  The order of the numbers in the tempo description stays the same regardless.  In this example, let’s assume you start from the bottom position (dumbbells touching shoulders).  You would press up for one second (third number), no pause at the top (fourth number), three seconds down (first number) and finally pause at the bottom, or stretched position, for one second (second number).

If you aren’t measuring tempo, you aren’t being consistent with your training.  Three sets of 10 reps without a tempo means nothing.  For one trainee that might take 40 seconds, for another it might only take 30.  You might add a few kilos to a lift in one session but, if you do it in half the time, you haven’t improved anything at all.  If you want to get a result from your training, you must control all your variables.

Tempo is one of the things we see done wrong most often.  Even when someone is following a tempo, they are still usually rushing things.  Each number is one FULL second – not counting as quick as possible to get it over with.

Whenever you enter a workout, you MUST be asking yourself what the tempo is for each exercise.  If you read a workout somewhere and it doesn’t have a tempo, then it’s missing a key element for maximum results.

Want to get a better feel for using tempo in your workouts?  Try this upper body workout below – follow the tempo for each exercise to the letter (well, to the number) – and tell us how it goes!

Why not download this onto your smartphone and share with your friends for the next time you’re in the gym?