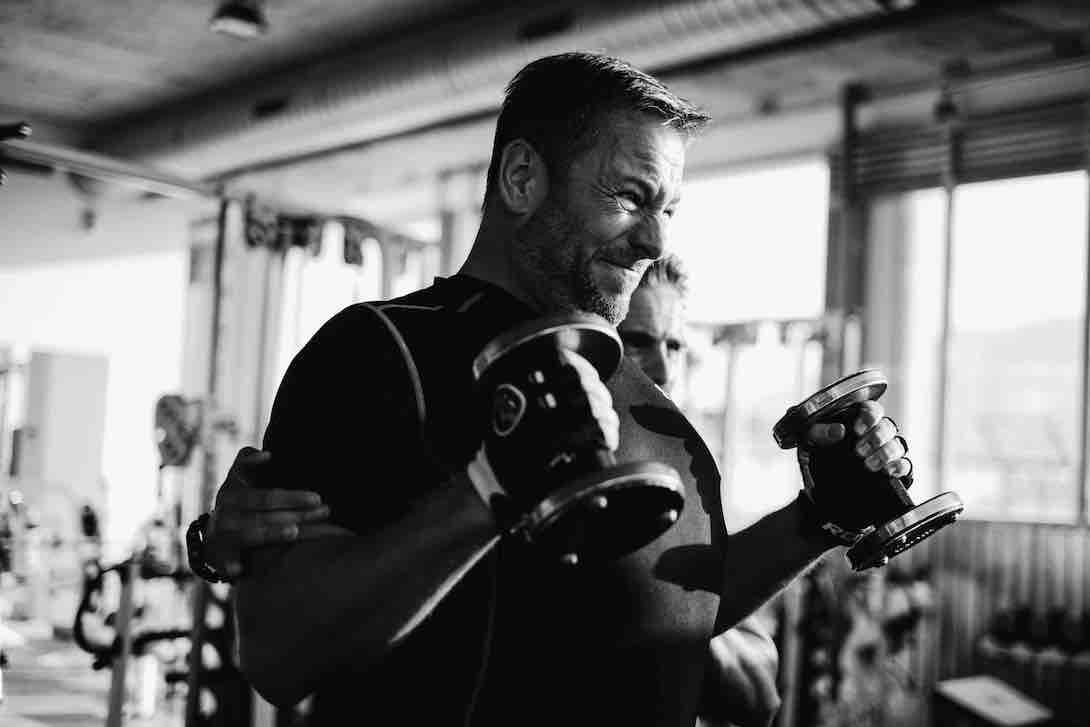 How to Extend the Set for Greater Muscle Gains

Unfortunately it is all too common to see trainees give up on a set they could have easily finished. Half the problem is allowing negative thoughts into the mind. It is best to remain positive during the set or not to think at all. This article outlines techniques you can use to extend a set that would otherwise be over. Extended sets equal longer time under tension which in turn will lead to greater gains in hypertrophy and strength. Strength training is about progressive overload and all too often people do not push themselves hard enough to force their bodies to transform. Although these techniques are different they follow the same principle, which is to incorporate more muscle/leverage and allow you to continue the set. A word of warning, some of these are advanced techniques and are not for the faint hearted.

Taking a 10-15 second intra-set pause between repetitions can be an excellent method for performing additional reps. This method is different to cluster training as it is performed at the onset of fatigue not throughout the entire set, as in the cluster method. For example, in a barbell bench press you would complete the set until failure, re-rack the bar, rest 10 to 15 seconds and complete additional reps. This sort rest period allows the bodies short term energy system, the phosphogen system, to replenish which in turn allows you to extend the set. Changing the exercise, switching to an exercise that incorporates another body part is also a great way to extend the set further. An example of this method would be to switch from a standing military press to a push press.
This incorporates the strong muscles the gluteus maximus and quadriceps. By using the additional strength through the leg drive you will be able to squeeze out a few more reps.

The cheating method involves changing the technique of an exercise to incorporate more muscle mass ,and sometimes momentum, to allow you to continue the set. For example, in a standing barbell curl a slight extension of the lower back will help you to complete the set. As with all these techniques this method should be used with caution and be used at the end of the set not for the entire set as is all too common in most commercial gyms.  (Nick’s note – cheating is not something all personal trainers subscribe to, but in our opinion at UP it is one of the simplest ways to extend the set and further stimulate a positive muscular adaptation.  A word to the wise though, this is NOT a technique I would ever endorse for someone with less than 1 year’s consistent weight training experience unless properly supervised.  Good exercise form is a habit that needs to be rigourously imposed until it is second nature).

In this method in order to extend the set you switch to a more advantageous angle. For example, in an incline dumbbell press you rep out until failure, lower the angle of the bench and keep going without changing the weight. In another example, the reverse would help. In a seated incline curl you would start at a low angle where your biceps are fully stretched then increase the angle of the bench at the onset of fatigue.

Moving to a more advantageous grip can help you perform additional reps at the onset of fatigue. For example, in a Scott curl moving from a close grip to a wide grip places your elbows in a stronger position and will allow you to squeeze out a few extra reps. Also, changing your stance in a back squat from a narrow to a wide stance with allow you to perform additional repetitions.

This next method will not only help you extend the set for hypertrophy it will also produce great strength increases. This method involves simply lowering the weight under control and letting your partner lift the weight you have failed on. It should be noted that in this context you would perform a set of negative-only reps but only switch to negatives when you can no longer lift the weight you are using.

This technique is a variation of the previous method. When you reach failure to extend the set further have your training partner apply pressure to the weight as you lower it. This forces you to cope with more resistance and is a different stimulus for your muscles. Make sure you have an experienced training partner applying the pressure as only a small amount is needed for this method.

This method involves starting with a heavy weight, lifting it till failure then using a lighter weight and continuing the set. There are many variations of drop sets and in fact they could warrant a whole article in themselves. One such method was first popularised by The Bodybuilding Iron Guru, Vince Gironda. In a down the rack drop set, you start with a heavy weight at one end of the dumbbell rack and continue down the rack lowering the weight each time until failure. This method is particularly good for training a lagging body part.

By shortening the lever arm during a set you can reduce the resistance and keep the set going with the same weight. An example of this method would be in a dumbbell pullover. At the start of the set you keep your elbow at a relatively straight angle. At the onset of fatigue you decrease the angle of your elbow and continue the set. This method would also be applicable to a dumbbell fly.

Training beyond you limit is essential if you aim to increase your muscle mass and strength. The techniques described in this article will allow both trainers and trainees to continue sets they would otherwise finish. Although, it should be noted that these techniques are designed to extend the set they should not be performed from the first rep. Enjoy.