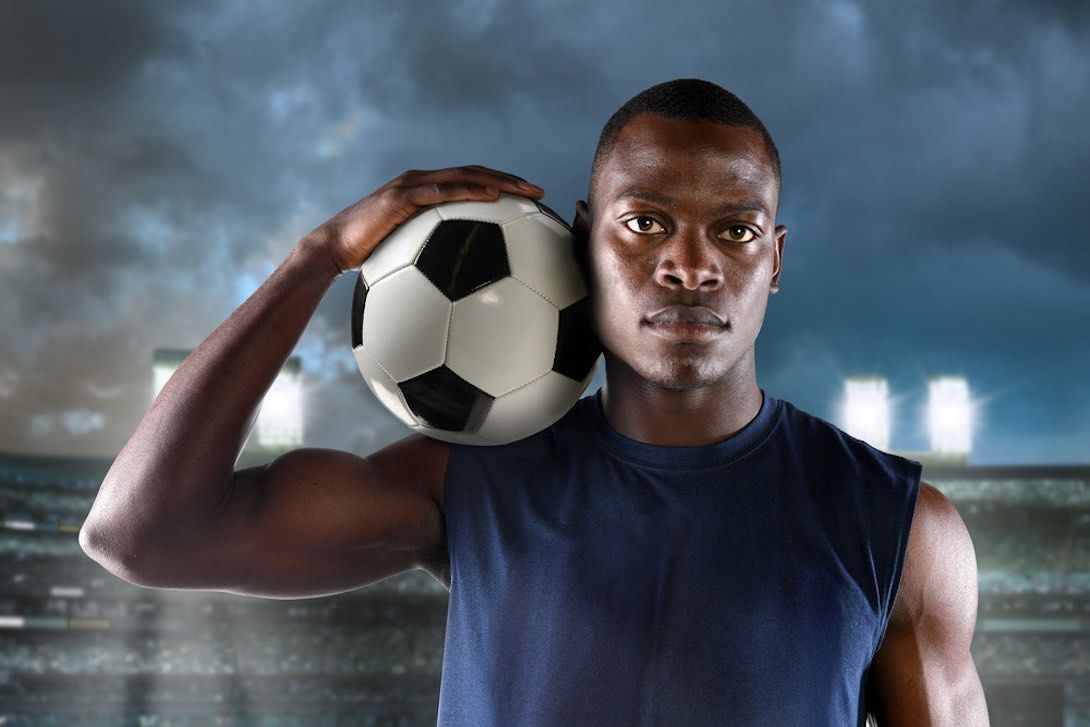 Football Fitness: How Personal Training Can Improve Your Game

We can’t make you bend it like Beckham, but we can add speed, power and bulletproof knees to help your beautiful game.

When we first came up with a focused training programme designed specifically for football (or soccer, for our American readers) many people couldn’t understand why. After all, we are strength, conditioning and body composition specialists, and football isn’t about any of those qualities.. is it?

Actually, yes, we think you will find that it is. Getting into great shape will help your game physically and mentally. If you take two equally skilled players and make one of them healthier, faster and stronger, which one will perform better (and for longer)? If your opponent sees how strong and quick you are, how intimidated do you think they will feel?

There are many myths surrounding football training, many of which are discussed in our article Improving upon Perfection: Could Zizou have been an even better player? It should be very obvious to budding Premiership stars that the right coaching for football success should address the following issues:

Speed is King in so many sports. Has-been footballers are often described in terms of their loss of speed, saying ‘his legs have gone’ to show he cannot keep up anymore. Focused and intelligent resistance training is an important part of the training regimes of the fastest men and women in the world. But we see many footballers being very ad-hoc in their strength training, throwing in a few sets and reps here in there, and doing endless running drills that no longer really challenge them.

A smart footballer will want to develop non linear, explosive power so that he can change direction, angle, and velocity in a fraction of a second. The absolute, cast iron, guaranteed best way to acquire this ability is via a programme of resistance and plyometric training. And when all is said and done have you ever heard of a coach dropping a player because he is too fast?

A well-conditioned athlete should never run out of gas during a game. Smart pre-game nutritional protocols and training that develops BOTH explosive power and endurance fitness are the keys to top performance.

Many footballers exhibit limiting postural imbalances. Do you play with guys with rounded shoulders and heads tilted forward? If so, they are an accident waiting to happen. A good strength and conditioning program always includes corrective exercises to maximise your body’s ability to perform at a safe and optimal level.

The human body is a single system, not just a series of muscles. It doesn’t matter how powerful your strongest muscles. As an athlete, your weakest links dictate performance, no matter which sport you play. Footballers MUST focus on strengthening the vastus medialis muscle of the lower thigh (the muscle that sits over your knee on the inside of your leg). Although this is quite a simple muscle to train via a variety of exercises such at the Petersen step up, it has historically been neglected by football players. We have no idea why! It is the muscle most responsible for maintaining knee integrity, and we really don’t understand why coaches ignore it. Think of Michael Owen’s knee buckling under him at the 2006 World Cup and you can think of several million reasons (£!) why strengthening the vastus medialis should be a top priority for all footballers who ever make lateral movements (such as evading tackle, sidestepping, or quickly changing direction).

Effective body composition comes down to just one thing – if you’re not using it you should be losing it. A spare tyre will only slow you down and no one but Gazza ever loved hearing “who ate all the pies”! The best footballers in the world are no longer lean and lithe, they are strong and powerful.

A more muscular player is a stronger player, and a stronger player is a hell of a lot more difficult to deal with. Didier Drogba, Fernando Torres, Cristiano Ronaldo, and Wayne Rooney are all powerful men who are able to intimidate their opponents in part due to their upper body strength and overall power.

When all else is equal, the stronger player always wins outright. The key is to develop the “real world” strength that can be translated onto the football field. This is easily done with the right training, but please kiss goodbye to any of those multi-gyms that far too many footballers have wasted hours of their time on. We focus on movements that can be translated to the pitch, making you a better player overall.

The bottom line here is that stronger, healthier and fitter footballers play more games and have more opportunities to succeed. If you can recover faster, you can train harder, play more consistently and be a winner more often. The body does not respond merely to training – it responds to recovery from training.