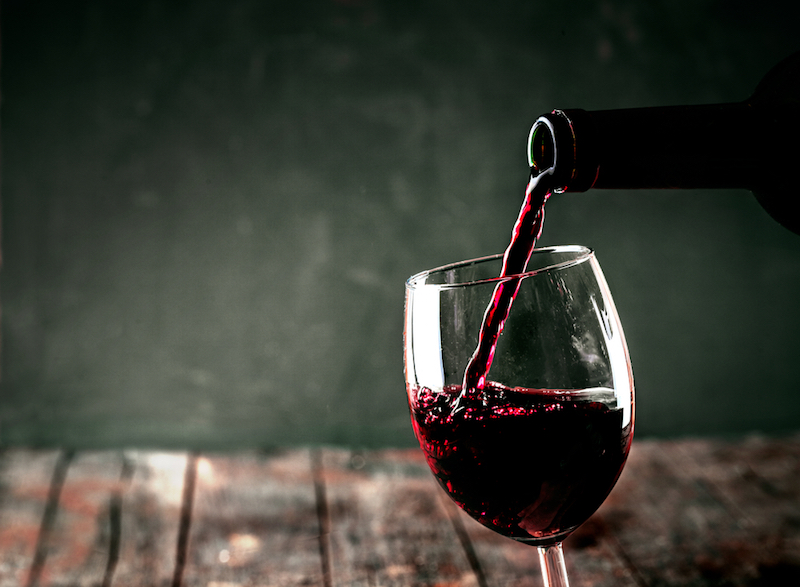 Does Wine Actually Have Health Benefits?

Is red wine really a drink that can boost your health?

Never a day goes by when you’re not hearing about the well-documented benefits of a glass of red wine; some experts even seem to recommend a glass a day as part of a healthy diet.

Reduced risks of heart disease, stroke, diabetes and cancer are all reported as possible benefits of wine consumption.

But are these claims overrated? Is red wine actually good for you?

And what does drinking wine and other alcohol do to your fat burning potential? We look at the science to explain all…

What is red wine?

Red wine is made from crushing fermenting dark-coloured, black grapes.

There are many types of red wine, which vary depending on the type of grapes grown, where those grapes were grown, and the process the winemaker uses.

Popular varieties include Pinot Noir, Cabernet Sauvignon, Shiraz, Merlot and Malbec. The alcohol content is typically in the range of 12 to 15%.

One of the main focuses of today’s research is the effect of red wine on improvements in heart health.

While nothing is set in stone, scientists believe the power of red wine comes from its antioxidant and flavonoid content. These include catechin, epicatechin, resveratrol and proanthocyanidins (Bertelli & Das, 2009).

Their ability to fight inflammation, reduce free radical damage and act against blood clotting has led to meta-analysis studies (with approximately 200,000 subjects) confirming that a little wine may reduce heart disease risk, but after a dosage of 150ml, the relative risk increases dramatically (Castelnuovo, Rotondo, Iacoviello, Donati, & De Gaetano, 2002).

This small dose of red wine produces this heart-healthy effect by: 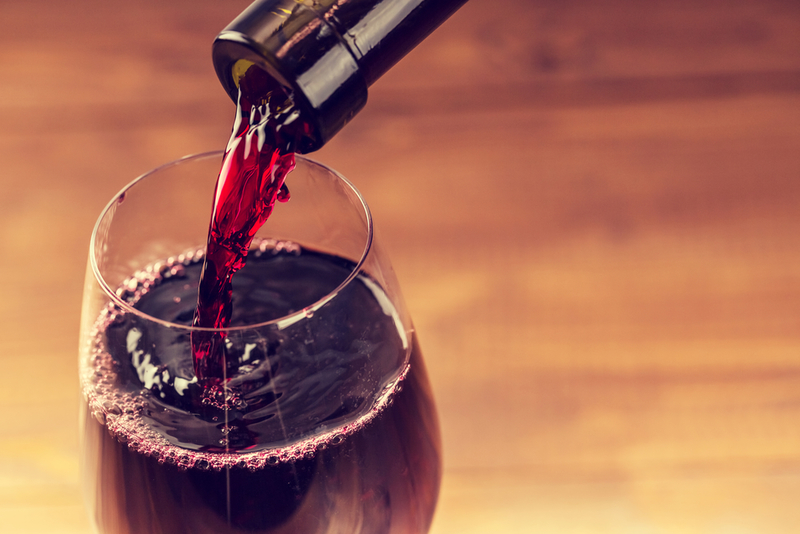 Resveratrol and the French Paradox

Per capita, the French consume more wine than any other country, drinking almost the same as the entire United States population combined (World Health Organisation, 2011).

This statistic has fed into what has become known as the ‘French Paradox’, an epidemiological observation that the French have a relatively low incidence of coronary heart disease.

Originally, it was believed to be because of a low intake of saturated fat and cholesterol, but we know now that their link with heart disease is not true (Siri-Tarino, Sun, Hu, & Krauss, 2010) (Warnakula & Kunutsor, 2014).

Instead, it now seems to be due to the magic of Resveratrol, the most powerful antioxidant present in red wine. (Note: in reality, it’s probably just a result of living healthier lifestyles, and eating more wholesome foods).

Resveratrol is mainly found in grape skin and has been researched primarily as a compound with the ability to ‘add life to years’ by protecting us from heart disease, insulin resistance and cancer.

While this sounds great in theory, the problem is that to get the necessary dosage of resveratrol from red wine, you’d need to consume bottles of it.

Per litre, red wine contains on average between 2mg and 10mg of resveratrol. And that’s per litre! The recommended resveratrol dosage is anywhere from 10mg (on a very low end) to 500mg, so you can see where drinking red wine for resveratrol benefits can become counterproductive.

The problem with discussing the negatives with something like red wine is it only pertains to excessive consumption.

If you’re getting drunk off red wine regularly, then sure, it’s going to be problematic to your health.

All the health issues that come with high alcohol consumption, like heart disease and cancer, become applicable again. This is why we’re not going to spend too long on this; as long as you’re sensible and drink responsibly within Government guidelines, you should be fine.

However, what we do want to discuss is the role of red wine (and alcohol as a whole) on fat loss, and how it compares to other drinks.

When you come through the doors at UP as a new client, a typical question asked is, ‘what about alcohol consumption?’ 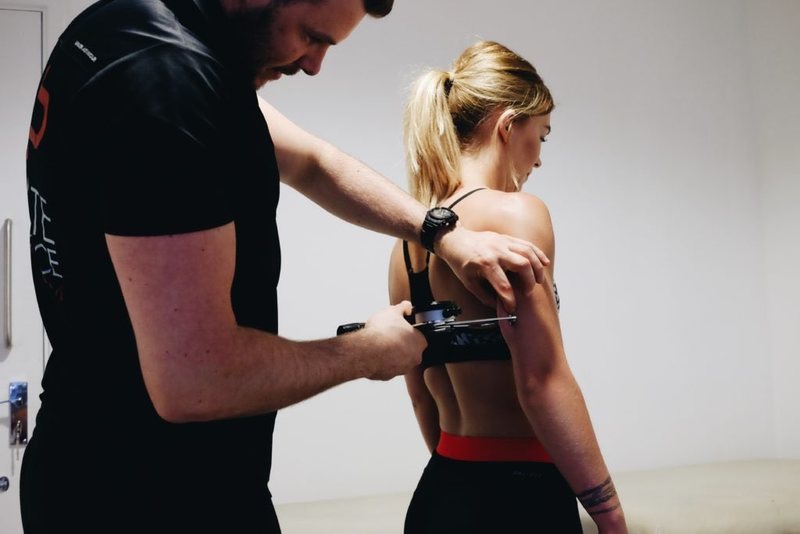 In an ideal world, given the timescale of our transformations, this should be limited as much as possible.

The problem with alcohol calories is they take priority as fuel in the body over other fuel sources, as the by-product of alcohol, acetaldehyde, is toxic and converts to acetate.

This means your body won’t start burning fat again until you burn those alcohol calories off.

If you’re on a time-sensitive six- or 12-week transformation, losing days with limited fat burning is an issue, so it’s best to abstain.

If you can’t avoid it, here are some rules to follow:

So should you drink red wine?

If you enjoy drinking red wine, there’s no need to worry as long as you’re not consuming in excess.

Low to moderate consumption of one to two glasses now and then seems to have no real health issues, and maybe even some benefits.

Although if you’re drinking for health benefits, none of them are substantial enough to warrant encouraging alcohol consumption.

Regular exercise, eating the right foods, sleeping well and managing your stress will always be key if health and body composition are your goals, so always make those a priority first.

Is alcohol holding back your physique? Find out the other 10 reasons why you are stuggling to get in the shape you want here.

If you want to get in the best shape of your life and want an expert diet and nutrition plan to help reach your goals, simply enquire with UP below…