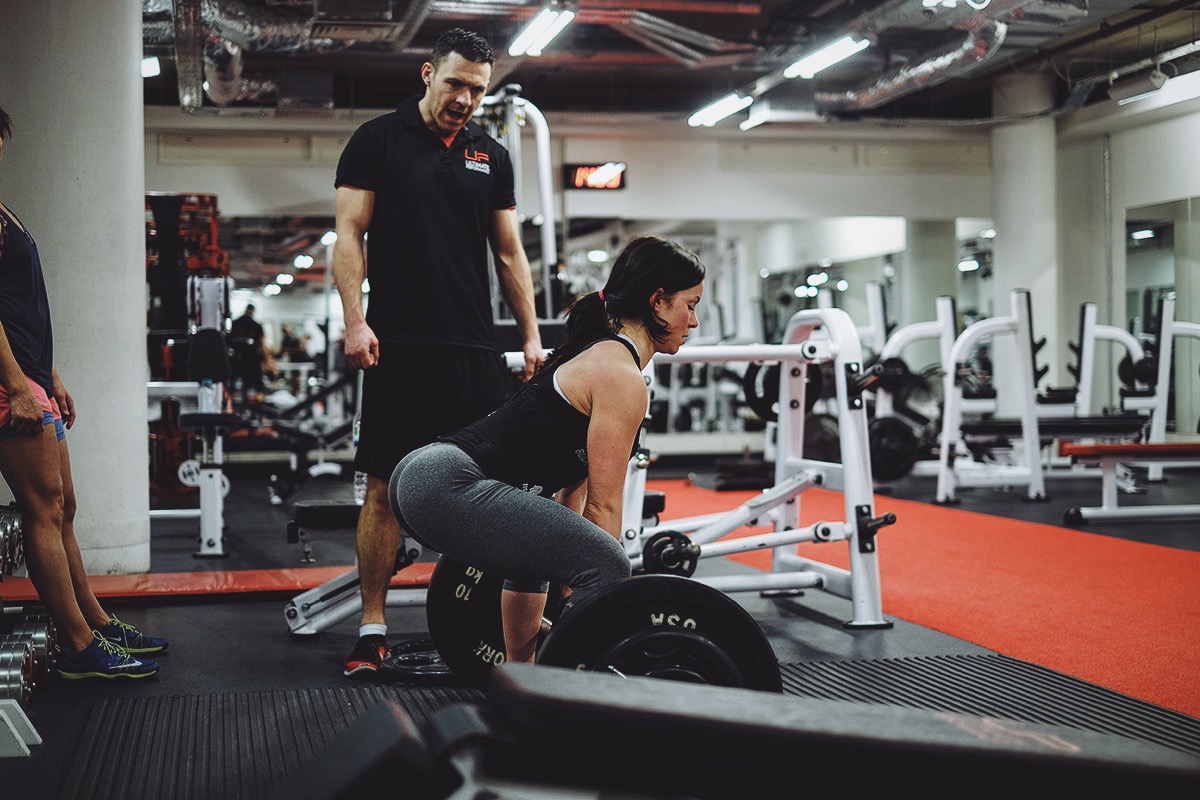 Deadlift for A Dead Sexy Butt!

The deadlift is often given the title the ‘king of exercises” due to the huge amount of muscle groups it activates combined with the heavy load you can build up to lift on it.

It’s realistic for almost any women to be able to progress to lifting over her bodyweight in the deadlift in a span of 12 weeks.

Anatomy of the Deadlift

The deadlift involves the major muscles of the lower body, primarily the glutes and hamstrings. The Quadriceps, Abductors and Adductors and calf muscles are also involved in the lift.

In the upper body the upper back, lower back, obliques (love handles), abdominals, shoulders, biceps and forearms are also involved. The deadlift in regards to performance is not so dissimilar to how we are taught on health and safety videos how to pick up an object safely from the floor.

It really is a whole body movement!

Now with the glutes and hamstrings being the prime mover of the exercise, and this being an area that women often have a strong desire to work harder you can begin to see how a strong deadlift can translate into a very firm pair of buttocks.

A secondary benefit of the deadlift is that it strengthens the muscles involved in good posture which commonly become weak through working at a desk for too many years.

Feet are slightly closer than shoulder width apart, hands holding the bar just outside of the knees. 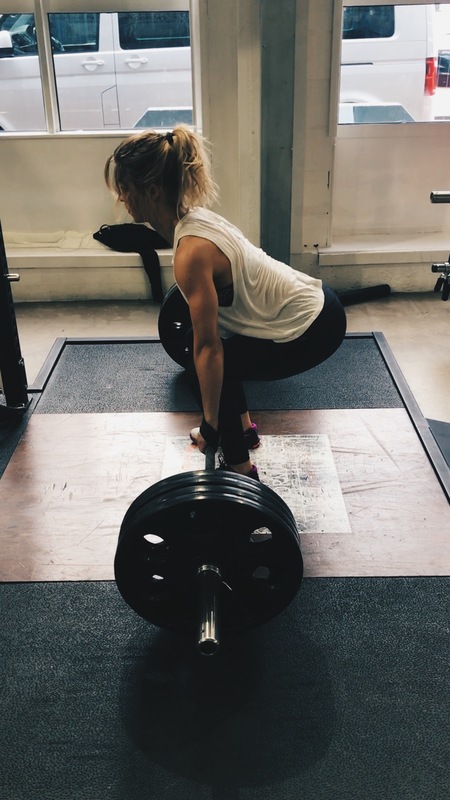 Wide stance with toes turned out and torso more upright. 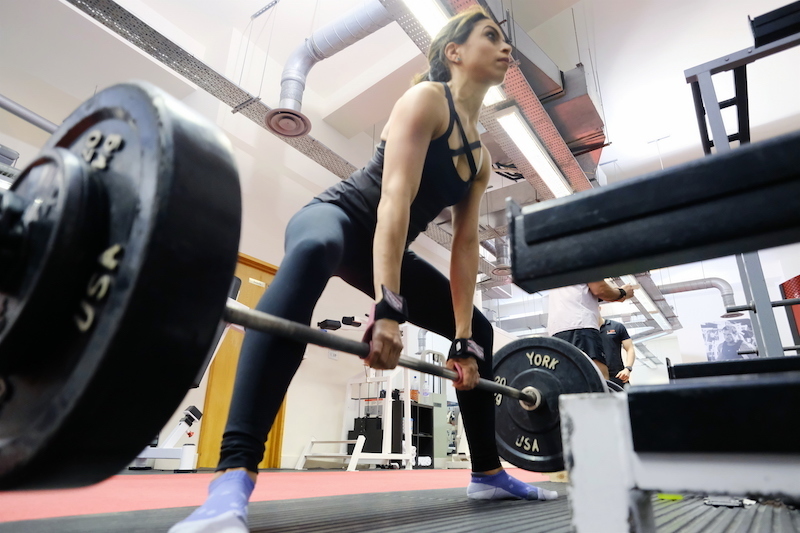 This version shifts more work onto the Adductors and Glutes.

This variation targets more specifically the hamstrings and glutes in their hip extension function. 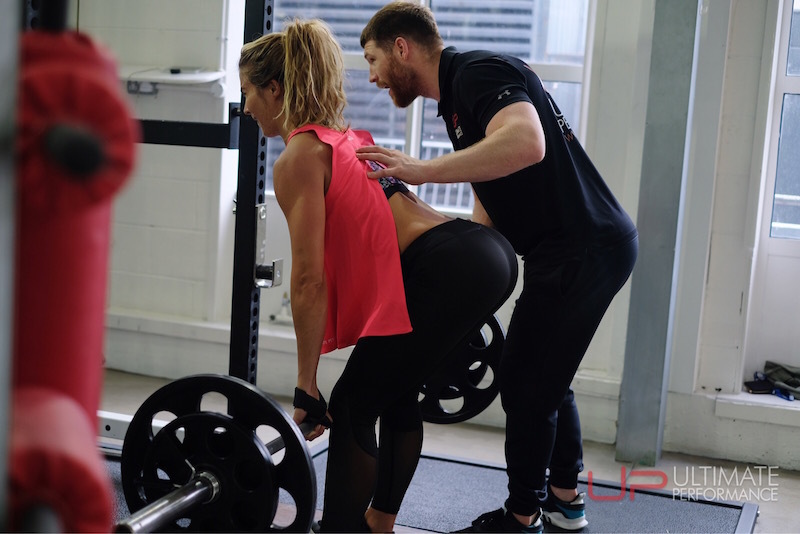 The torso is kept ridged and the movement is initiated by pushing back the hips until a stretch is felt in the hamstrings.

4. Snatch Grip Deadlift of a Box

This is the Ultimate deadlift, in regards to the range of motion and musculature involved.

The deeper position and wider grip forces the lifter to move the bar through a much greater range of motion, leading to a more complete muscle stimulation.

4 Tips to Prepare for the Deadlift

The hip flexors are often over active due to sitting at a desk and if too tight can inhibit the buttock muscles from firing optimally.

You often see this being performed in yoga and pilates classes for good reason.

This exercise helps to improve mobility in the thoracic spine which needs to be supple enough to maintain a neutral spine position when performing the deadlift.

The inside of the thigh is also commonly tight and can contribute to inhibiting the buttock muscles.

I prefer a sideways lunge to actively stretch out these muscle groups.

Do both a double legged and single leg version so that you ensure both buttocks are firing optimally. 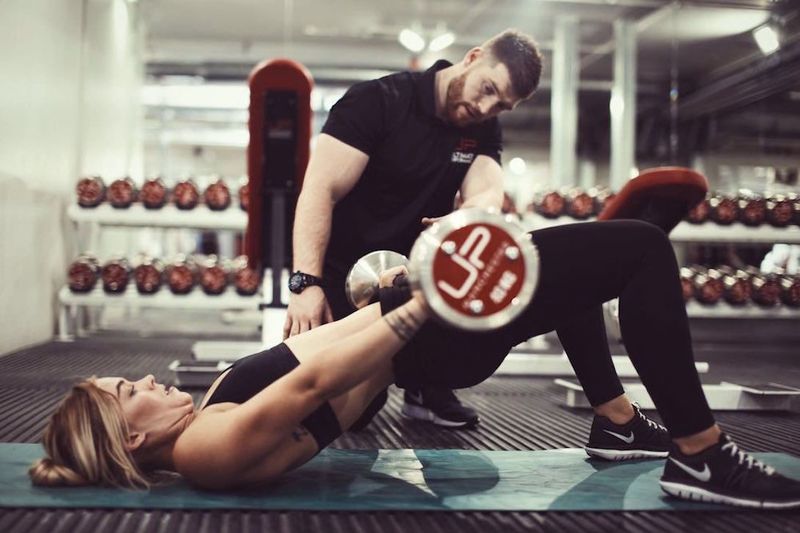 Try and perform these fast on the way up, driving your hip into the air and tensing the buttock hard. This will translate to better performance and power generation when performing a deadlift.

That’s it, you should now be primed to lift some heavy weight.

Don’t be scared to get stronger, unless you are injecting testosterone every day you need not be worried about getting too bulky.

Adding the deadlift to your routine if it is not already part of it makes sense as the training effect you will gain from it will be dramatic.

Start pulling some weight off the floor today and deadlift for a dead sexy butt!