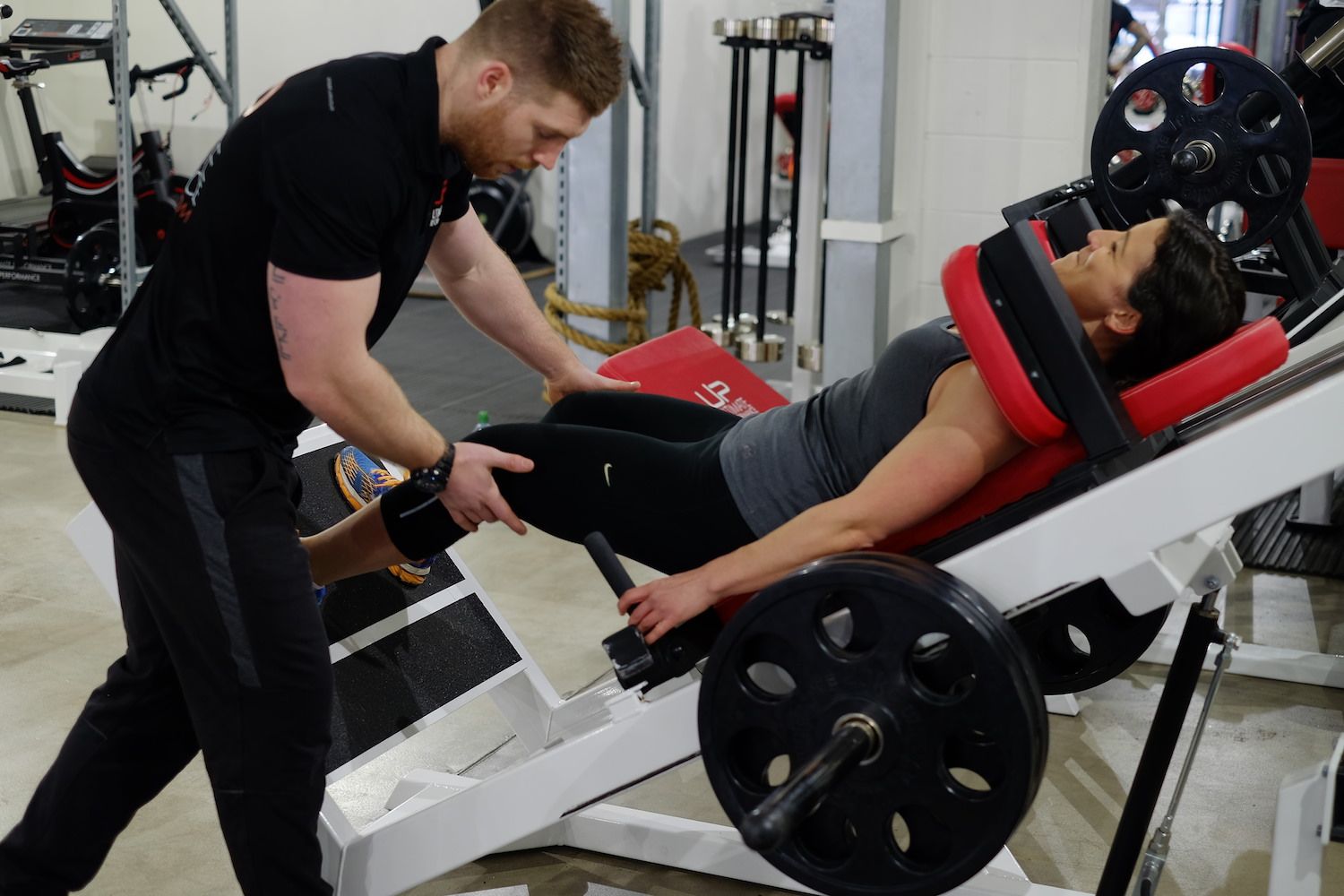 A Guide to Posterior Chain Workout

It is all too easy to neglect posterior chain work in your training. We instinctively focus on the mirror muscles that we see in front of us, rather than what it is to the rear. As many personal trainers are guilty of this in their exercise programming as are regular trainees. This is a bit daft if you think about it, as cosmetically both men and women prefer a well developed rear end to something flat and saggy; and structurally pretty much the entire population of the western world (especially females through their propensity to wear high heels) is quad dominant, with too tight hamstrings, “switched off” glutes, and weakened and over stressed lower backs. This becomes especially significant for anyone who has athleticism in mind as 65% of the force output in a vertical jump, a key indicator of athletic ability, comes from the recruitment of the hamstrings and gluteal muscles. Interestingly enough, the quadriceps contribute only to 5% of the force output.

Hopefully, I’ve convinced you of the importance of including an emphasis on posterior chain work at certain times in a training cycle. The following workout is just one example of a posterior chain workout aimed primarily at hypertrophy. I always feel the need to caveat individual workouts as it is all too easy to try and pigeonhole a single session as being the coach’s version of his/her ideal workout. There is no such thing as the perfect workout, we adapt to any given stress too quickly so things need mixing up, plus there are the almost endless individual variations to take into account such as structural and muscular balance, leverage, conditioning, nutritional status, recovery ability, training age, neural drive, tolerance to pain, propensity for injuries, the list is long and as unique to every trainee.

The following workout is one designed for a very tall man, with a long femur and short arms. I wanted a workout that hit the entire posterior chain via different motor unit recruitment patterns, was hypertrophy specific, but also had an element of strength training to it. In the previous posterior chain workout, we had done more specific strength training, with extended rest intervals and relatively high sets of few exercises and low reps. Something different needed to be on the cards today, but overall we are staying in a pattern of increased intensification (a fancy way to say the current training cycle will peak at a super heavy, 2-3 rep lift workout before ramping up the volume and increasing reps, time under tension, and exercise variations). What we did today aimed to get the best of both worlds by tapping into high threshold motor units (“HTMU”- the ones that get your muscles thicker) with fairly low reps, whilst also doing giant sets to add volume, and 10 seconds rest between each exercise in order to allow very partial recovery of the HTMU so that they can get hit repeatedly hard and ultimately pulverised into the ground!

And let me give you one quick word of warning, if after each successive giant set you feel at least one inch shorter, please don’t panic, you aren’t plummeting to Gizmo proportions just yet, it is just all the blood tightening you up. As you hobble around it can be quite a nice feeling. 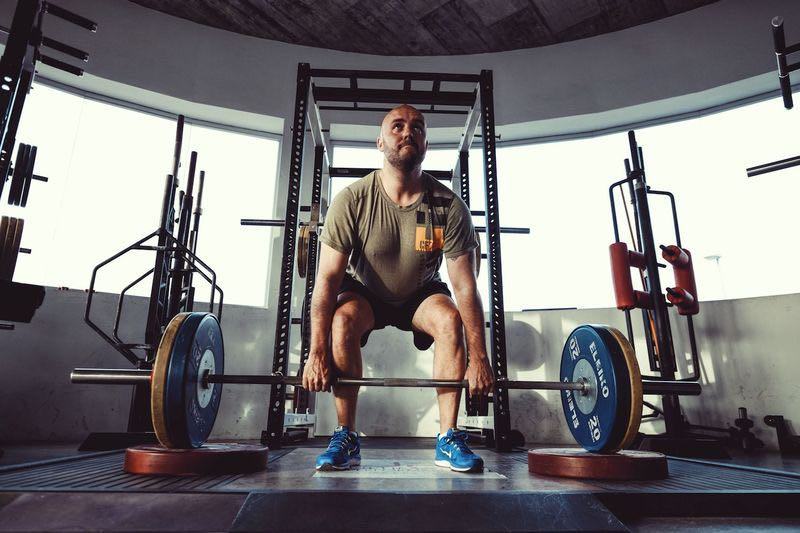 Keep knees slightly bent and kept tight throughout the entire range of motion in order to increase tension on the hamstring and increase recruitment. Make an effort to keep the hips back and up, basically stick your butt in the air, and lower yourself in such a way that you are thinking of getting your belly button down to the supporting bar of the back extension apparatus, rather than rolling your shoulders down and trying to get your head as low down as possible.

The key to getting the best out of the reverse hyper is to squeeze up with your glutes whilst not bending the legs back at all. If you are not used to this movement it can be a killer, and when you hop off the pump is strange because it is focused in your glutes, and also erector spinae at about L4 / L5, higher up than one normally feels it on lower back exercises.

Deadlift: 3110/6 repetition goal, but always kill the set early if form breaks down here even more than with other exercises.

The trainee is so tall that a huge part of his deadlift is generated in the hamstrings and glutes, whilst the erector spinae kicks in later. He could unleash on these in a way that wouldn’t quite be possible with another version of the deadlift – I was looking for an explosive attempt off the floor. You really need to focus on maintaining great form here because of fatigue, but bear in mind that a heavy lift simply isn’t on the cards. Knock at least a third off your normal deadlift weight if you have trained correctly on the earlier exercises.

1) Stretch out the hip flexors before starting this workout. Looser hip flexors will allow you to fire the hips extensors maximally.

2) When I write “6 repetition goal” for example, this means that we are aiming to hit the 6th rep but it will be tortuous, maniacal effort. Giant set training can always be a bit hit and miss with weight selection at the first pass, so sticking with 6 reps but slowing the tempo on the negative is an acceptable way to keep the pressure on stressing the muscle sufficiently.

3) Rest about 2-4 minutes between each giant set – 2 minutes better but better to be alive rather than drooling when you start each round.

4) Aim for 4 cycles in all. So that is 4 sets of each exercise. Easy peasy, just a 30 minute workout. Then we still have time for quads!! (To be continued).

As ever, if you enjoyed this piece on the effective posterior chain workout then please feel free to share/like it via the buttons on the left, and if you have any questions at all please drop me a line in the comments section and I’ll do my best to respond as quickly as possible.