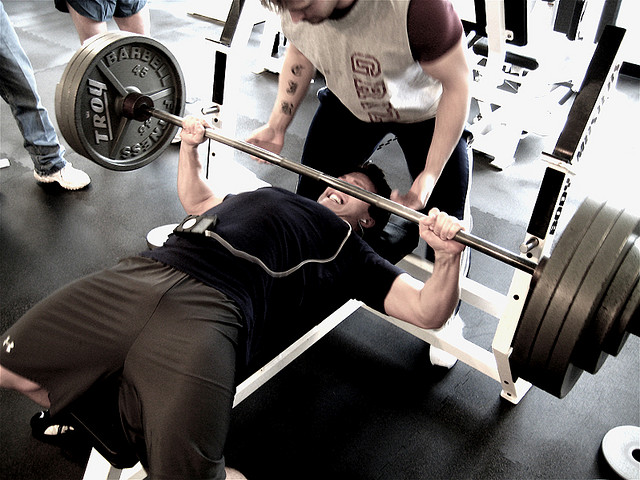 Those of you who are regular readers of this blog will know that when I discuss training routines I take great pains in explaining that what is needed is:

If you do the same thing over and over again, guess what will change? Very little. Despite what certain old school bodybuilding proponents will tell you (and I used to be one of these so I speak from a position of authority), hypertrophy training isn’t as simple as lifting progressively “heavier” weights because that is simply impossible to maintain! So as we progress in “training age” what becomes vitally important is manipulating a host of variables, all of which will have an impact upon the overall training effect.

2. What works for me, might not work for you and vice versa

We are all different, and the ignoramus personal trainer who tells you that his system is the “best” system is merely displaying his own naivety. We need to take into account different leverage – for example, squats will build some people’s legs like nothing else, whereas (and I know to some of you this may sound like sacrilege) for others the leg press is a better hypertrophy option; muscle fibre types; neurological connections; hormonal differences; nutritional status; experience” the list is nigh on endless”.

Unless you are loaded to the gills on pharmaceutical enhancers or have the genetics of a Greek God, then as you progress up the training ladder you need to keep an open mind and experiment on yourself in order to try out new theories and keep on learning. A great example of this is Director of UP Education Phil Learney. He will be the first to admit that he isn’t genetically elite compared to some of the behemoths he competes against in powerlifting, and yet through “educated effort” (hard work, hard studying, and using his imagination and brain to break down lifts and training techniques) he has improved his deadlift from relative novice lifter to world class in only two years!

Where does a routine fit into your overall training strategy and cycle? A high rep, fast paced workout has its place in the training arsenal, but not for example if your primary goal is to get stronger and not larger / leaner. So always think about the end goal and plan accordingly.

All of this is by way of preamble to a great little chest & arms hypertrophy workout that I conjured up the other day and thought I’d share with you. It was the second training session of the day, and one aimed primarily at hypertrophy. It isn’t something I’d do with a beginner as they may not be able to cope with the accumulation (physically and mentally).

You will note that I used different positions to vary the motor unit recruitment and therefore create as much stimulation as possible.

Each set was performed for a (very estimated!) 6 rep max, although this drops off heavily as you fatigue. Each set was taken to positive failure.

One thing that I like to do with this type of workout, just to keep me mentally stimulated as well as add a neurological twist to the workout, is to reverse the order of exercises half way through. So in this case after 2 full cycles we flipped it round and went A3, A2, A1. Try this for yourself, it really cranks everything up to another level. 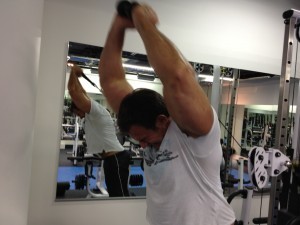 B5: Decline Watson Triceps Bar Extensions (a great new bar from Watson that gives you so much more available range of motion- see accompanying photos). 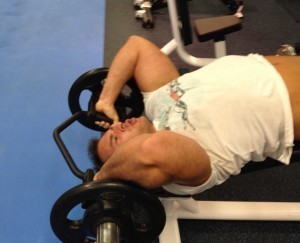 B6: Dips with bands (bands to make it harder, not easier – try this variation as it really evens out the strength curve and makes the triceps fire maximally). 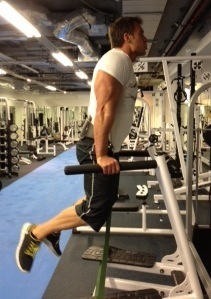 I believe in keeping hypertrophy workouts as short and sweet as possible, whilst also squeezing in as much volume as we can. So my philosophy is very often to minimise rest periods for smaller opposing muscle groups, and rather than rest 90 seconds in between biceps supersets I just go straight to triceps and pretty much go back and forth pausing only to suck down some water and swallow a few BCAAs.

The fashion when performing supersets, is to often go for super high volume and use relatively light weight/high time under tension, but the advantage to higher intensity (“intensity” as defined by a load being a % of your one rep max) lower time under tension is that we hit the fast twitch muscle fibres that are responsible for growth and strength development, whilst also getting extreme volume and blood flow from the supersets, and the wildly differing angles and motor unit recruitment mean that the performance drop off and fatigue isn’t as great as if exercises were more similar in design.

Give this chest & arms hypertrophy workout a try, adapt it for your own gym and the available equipment, and let me know how you get on. If you do it correctly then your chest and arms will be blown up to the max by the time it is all over!

As ever, please feel free to post comments and questions below, and if you want to see more workouts like this let me know by sharing/liking using the social media buttons on the left of this screen.